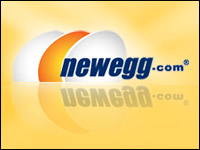 Newegg, a well-established online Web site that sells electronic products, apparently had counterfeit — or perhaps demo products — make their way into its inventory that were then sold to customers. The site reportedly shipped several fake Intel Core i7 processors to customers.

At least one of those customers contacted tech Web site HardOCP, which decided to write about it. Another customer posted a video showing what he received. 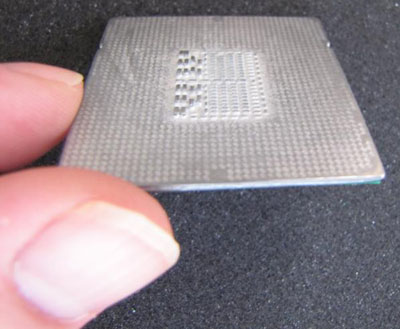 The “processors,” based on the customer accounts, were not processors at all. They came in shoddy packaging with several obvious misspelled words on the outside of the box. “Instructions” consisted of blank sheets of paper stapled together.

For all that, the matter might have ended with refunds and apologies. However, the distributor alleged to be responsible, D&H Distributing, reportedlysent cease-and-desist letters to HardOCP and Icrontic, another tech site covering the story, accusing them of defamation. 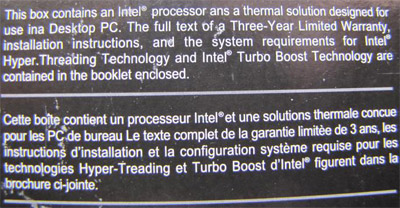 There are obvious spelling errors on the box containing a fake Intel processor. (Photo by Vincent Waller, Courtesy of HardOCP)

That led to a full-blown feeding frenzy, and the story spread like wildfire across the Internet.

“The Demo Version of these CPUs were purchased between March 1, 2010 through March 4, 2010 and will have FPO/BATCH# 3938B006 printed on the product’s packaging” Newegg says in letters sent to customers, according to HardOCP. “Additionally, the Part Number on the heat sink will read CNFN936612 and there will be no wiring on the heat sink itself.”

Newegg is offering customers either a full refund or replacement of their product with the correct one.

Newegg did not reply to the E-Commerce Times’ request for comment in time for publication.

It is unclear whether Newegg has acknowledged that it distributed counterfeit goods.

This incident provides an interesting glimpse into how prevalent counterfeit products may be in corporate supply chains.

It also provides an opportunity to look, once again, at the protections afforded bloggers and online writers about the protections they do and do not receive under the First Amendment — as well as a few basic common sense rules of how to deal with a quickly unfolding PR crisis.

Basically, if the statements on the blogs and by consumers online are true, there is no merit to the threat of a defamation suit, Marc P. Misthal, a partner with Gottlieb Rackman & Riesman, told the E-Commerce Times.

On the other hand, if the writers identified the wrong companies, D&H might have a case.

It is unclear how D&H was identified as the distributor; it is possible the company had nothing to do with the shipment of these products. The letters that have been reprinted online do not reveal whether D&H is protesting that it was not the distributor in question or that the products were not counterfeit.

“You have no basis for publishing these false and malicious statements about D & H,” reads the letter. “These false allegations are defamatory and disparaging to D&H’s business and business relations and have caused grave and irreparable damage to our client.”

Even if the writers mistakenly identified D&H as responsible, the law provides shelter to writers that make an honest mistake and did not maliciously or knowingly print falsehoods.

Counterfeit Goods in the Supply Chain

Apart from the controversy over reportage, the Newegg incident provides a wake-up call regarding the presence of counterfeit goods in corporate supply chains.

They are not uncommon on the Internet and can touch almost every sector or consumer good category, Misthal said. “We are currently involved in a lawsuit on behalf of a well-known handbag manufacturer against a Web site offering ‘replicas’ of our client’s handbags for sale.”

The best way for consumers to avoid counterfeits is to purchase from known, reputable retailers — but that is not always a guarantee, as the NewEgg incident demonstrates, he concluded.

One comes across counterfeit goods in a lot of industries, including manufacturing, Paul Romano, COO of Fusion Trade, told the E-Commerce Times. It is enough of a problem that Fusion recently invested in an anticounterfeit lab to ensure that faulty components didn’t infiltrate its supply chain.

“With IT goods in particular, there is always a potential for counterfeits,” said Romano, “and a lot of prevention comes from knowing the suppliers and having the expertise in house to inspect the products.”

Has Google Cut a Backroom Deal With Big Pharma?

The Sisyphean Struggle Against Piracy on the Web