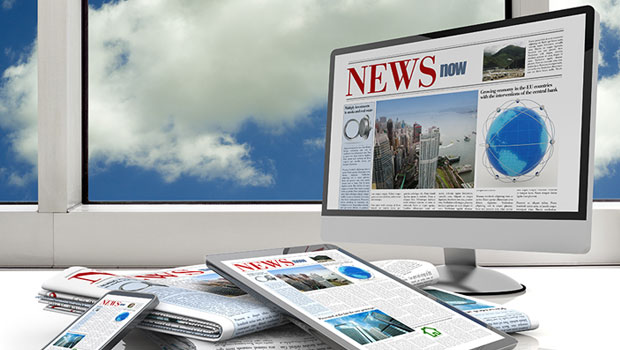 A study that estimates Google last year raked in US$4.7 billion from news content has drawn widespread criticism.

That $4.7 billion is a conservative estimate, according to the News Media Alliance, the news industry trade group that released the study Monday. That’s because the estimate doesn’t take into account Google’s advertising revenue from publishers and data collected from news content.

The actual value of news content to Google is difficult to quantify because of the ways it uses news to drive traffic, develop its products, and entrench its dominant position, according to the study, which strategy and economics consulting firm Keystone Strategy carried out for NMA.

In addition to using news content for product development, such as training its artificial intelligence services, Google tailors its products — ramps up its use of news — to keep users in the Google ecosystem, the study points out.

“News publishers need to continue to invest in quality journalism, and they can’t do that if the platforms take what they want without paying for it,” said NMA CEO David Chavern.

“Information wants to be free, but reporters need to get paid,” he added.

One of the key assumptions underlying the $4.7 billion number — that news is worth $100 million to Google — is flawed, critics maintain.

The figure relies on a comment Marissa Mayer made 11 YEARS AGO. She said Google News was 'worth $100 million."She didn't say it made $100 million in profit or generated $100 million in revenue. She just said, offhand, it was worth that …2/5https://t.co/p1V5xFwMBm pic.twitter.com/0dCWAdQLhj

The study relies on weak, back-of-the-envelope calculations, said Russell Newman, an assistant professor in the Liberal Arts and Interdisciplinary Studies department at Emerson College in Boston.

“In my world, this wouldn’t have stood up to peer review by any stretch,” he told TechNewsWorld. “It’s a bit ridiculous.”

The value of news to Google is hard to quantify, said Dan Kennedy, a professor at Northeastern University School of Journalism.

“I thought it was a little dubious based on the fact that they tried to come up with an exact figure when an exact figure isn’t something you can calculate,” he told TechNewsWorld.

In its defense, Google told The Guardian that it collaborates with and supports news publishers worldwide, and that its news and search features have delivered more than 10 billion clicks to publishers’ sites, driving subscriptions and ad revenue.

The study is based on “back-of-the envelope-calculations” and is “inaccurate,” Google reportedly maintained.

However, “Google has stated that these are ‘back-of-the-envelope’ computations without offering a view into what’s actually in the envelope,” the NMA’s Chavern said in a statement provided to TechNewsWorld by spokesperson Michael MaLoon.

“The news industry has been asking for these numbers for years. It is incumbent upon Google to be transparent about their income derived from news,” Chavern continued.

“In fact, we call upon Google to share this data on their quarterly 10-Q reports and discuss this on their earnings calls,” he said. “Doing so would be in the interest of ensuring vibrant democracies and free press around the world.”

It isn’t just the study itself that has come under fire. Critics also have lambasted a New York Times report on its findings, published the day before the study’s release.

The NYT embarrasses itself with tripe of this kind.

Dan Gillmor is a professor at the Walter Cronkite School of Journalism and Mass Communication at Arizona State University.

“No kidding,” tweeted back Aron Pilhofer, chair of journalism innovation at Temple University in Phladelphia.

No kidding. To report something like this uncritically is shameful. There are two sources in this story. If one of my students filed this, I would flunk them.

“A study appeared and they took it at face value,” Emerson’s Newman observed. “It was some pretty weak reporting.”The Times isn’t making any apologies for the story.

“The story is fair and accurate,” it said in a statement.

“It made clear that the $4.7 billion figure is the result of a study by News Media Alliance, a nonprofit organization. We go on to call the $4.7 billion figure an estimate and made sure to explain to our readers how this group came up with that number,” the NYT continued. “We also disclose early and explicitly the relationship between the Times and the alliance.”

The release of the study was a political move by the NMA, which was scheduled to testify Tuesday on a bill before Congress to give news publishers a four-year antitrust exemption, during which they could collectively bargain with the owners of online platforms over revenue splitting, suggested John Carroll, a media analyst for WBUR in Boston.

“This estimate that the newspaper association came up with is a tool for them to convince the government that newspapers need some kind of relief, that they’ve been put at a significant financial disadvantage because of Google,” he told TechNewsWorld.

The question is whether the newspaper industry should get the government to do anything at all, Carroll said.

“There’s a school of thought that says journalists do not want to let the government into their house for any reason,” he said, “because however it might start out, once the government is inside your house, eventually they’re going to kick off their shoes, make a baloney sandwich and occupy your living room couch. That’s the last thing journalists need.”

Whether Google is at fault for the news industry’s woes is questionable, Carroll noted.”You can argue that the newspaper industry has made its bed at this point, by giving content away for free and training people to think that digital content should be free, and by doing a bad job of convincing people that what newspapers produce is unique enough and valuable enough that they should pay for it.”