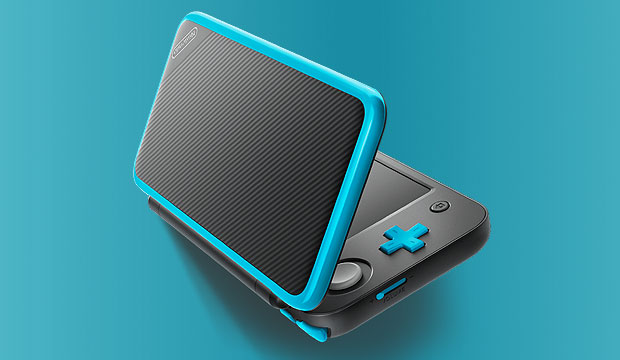 Nintendo last week introduced a new contender in the increasingly hot portable gaming competition. The New Nintendo 2DS XL will make its debut on July 28 at a mid-range price of US$149.99.

It will slot in as the company’s third portable gaming system, right between its entry-level 2DS and more robust 3DS XL.

The 2DS XL has the same large screen as the 3DS XL and can play all the games made for the Nintendo 3DS, New Nintendo 3DS and Nintendo DS; however, it will display them in 2D. The device is smaller than the 3DS XL, but it has the same amount of power and provides built-in NFC support for amiibo cards as well as figures.

Two new games for the 3DS family — Hey! PIKMIN and Miitopia — are set to launch on the same day as the 2DS XL release, the company said.

A spate of rumors preceded Nintendo’s launch of the new device, but they were scant on specifics, and in many cases the speculation was wrong.

Lewis Ward, research director for gaming and VR/AR at IDC, said he had forecast that Nintendo would put out a new model, but admitted that he missed the price point and the rationale.

“I posited that it would have deep Switch crossover, and that would help it sell more,” he told TechNewsWorld. “I was wrong in that this wasn’t a variation on 3DS that had new or different integration points, but I was right that it was due out.

Ted Pollak, senior analyst for the game industry at Jon Peddie Research, said that he had expected a new device, but had no idea what was in the works.

The New Nintendo 2DS XL makes a lot of sense from a user experience perspective, he told TechNewsWorld.

“Handheld devices with buttons blow away the experience of touch/tilt phone gaming, which drains your battery and ties up your social apps and communications,” Pollak noted.

Although he prefers the 3D screen over the 2D, the advantages sometimes are lost if the software is not developed specifically for the 3D, he pointed out.

The 2D is enough for many users, Pollak said. It has a large screen, is less expensive, and it provides a larger user base to third-party developers.

Nintendo announced the new 2DS XL just hours after it released earnings for the fiscal year ended March 31, which included early returns and an outlook on sales of its Nintendo Switch console, which made its long-awaited global debut on March 3.

Sales of the Nintendo Switch got off to a promising start, the company said, with 2.74 million units sold through the end of March. Sales of the related software, including The Legend of Zelda: Breath of the Wild and 1-2 Switch totaled 5.46 million units.

The success of handheld gaming devices is due in part due to the drain gaming places on mobile devices, observed Rob Enderle, principal analyst at the Enderle Group.

“Mobile is a big element, but playing games on your smartphone can draw down the battery, making it harder to receive calls,” he told TechNewsWorld. Gaming “drives smartphone replacements, which are expensive.”