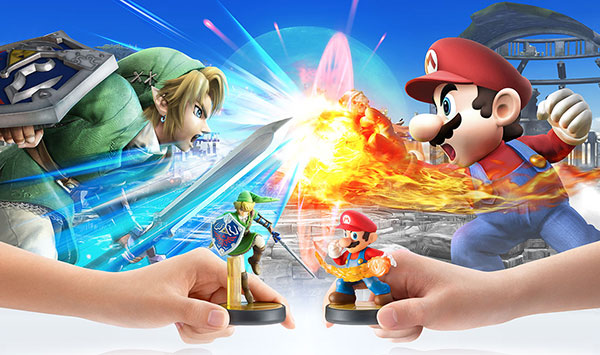 The Nintendo Entertainment System turned 30 years old on Sunday, and though it no longer leads the console pack, the entire video game industry owes a lot to its three decades of development.

Its predecessor, introduced in Japan two years earlier as the Famicom, or Family Computer, was massively successful there. However, retailers in North America were leery of introducing a new gaming console following the video game crash that resulted from poor sales and lackluster new titles for the Atari 2600.

Nintendo executives decided to introduce the system to America in 1985, at the January Consumer Electronics Show. It debuted as the Advanced Video System — highlighting the video part of the system and downplaying the gaming aspect. From a small booth in the corner of the Las Vegas Convention Center, the system caught a few eyes. However, retailers attending CES still were not convinced that consumers would be interested in a new video game machine.

Nintendo tried a new strategy at the CES held that summer in Chicago. To further downplay the gameplay, it added a robot that could be controlled by the system, dubbing it “Robot Operating Buddy,” or ROB. More importantly, the company renamed the entire system. From then on, it was known as the “Nintendo Entertainment System,” or NES. Nintendo officially released it to the public on Oct. 18, 1985.

Thirty years ago, people didn’t line up for hours or days for a chance to buy the latest video game system. In the case of the NES, Nintendo released the system only at around 100 stores in the New York City metro area — amongthem, Toys”R”Us and FAO Schwartz.

During its first holiday season, the NES sold about 50,000 units — or roughly half of what had been shipped from Japan. It wasn’t a smash hit, but it was far from game over. It was enough that retailers across the country decided to take another chance on video games.

“After the crash, retailers didn’t think there was a future, but Nintendo proved them wrong and in the process introduced iconic characters — from Mario to Link from the Zelda series — that are still popular all these years later,” he told TechNewsWorld.

Nintendo revitalized gaming after Atari collapsed from too many really awful games, and “as a result, figured out the need for curated content and ensuring game quality,” observed Rob Enderle, principal analyst at the Enderle Group, “and put in place a quality certification program, which pretty much is at the heart of every game system and app store today.”

Nintendo today finds itself in third place in terms of current-generation hardware sales, well behind Sony and Microsoft. Yet it has been a fixture in the industry long enough that it has adapted to changing tastes, while still managing to keep its signature characters fresh for a new generation. The NES also has allowed the gaming audience to mature, as many 40- and 50-somethings have yet to hang up the controller.

“If you show a picture of an NES to men in their 40s and 50s, you’ll get a lot a smiles,” said P.J. McNealy, a video game industry consultant at Digital World Research.

“That console was instrumental in helping get a generation of youths into video games,” he told TechNewsWorld.

Nintendo also helped re-energize the arcade revolution, which had been expriencing a lull, noted Steinberg.

“It was probably the first gaming system to start playground battles over who made the best video games, and along the way it cemented video games into pop culture with breakfast cereals, TV shows and a mountain of related products,” he recalled.

Further, Nintendo had people looking at small screens long before the days of smartphones and tablets.

“They really defined the general purpose handheld gaming space, which also set the groundwork for later smartphones, which now basically own it,” Enderle told TechNewsWorld.

Nintendo was savvy and incredibly aggressive with accessories.

“They had the first light guns, gaming gloves, and were aggressive with controllers that emulated other real-world items,” added Enderle, “and similar concepts are being used as we develop virtual reality games. In many ways, the future of gaming was founded by Nintendo’s past.”

Even with Nintendo lagging behind Sony and Microsoft, it would be too early to rule it out.

“They continue to put out really good games that can be played by multiple generations of gamers, as their games are really all-age appropriate,” he told TechNewsWorld.

“They have also had a laser focus on games-only, at a time when the others have looked to take over the living room,” Pidgeon added. “It might not always be good for business, but it is good for gaming — and honestly, if it wasn’t for Nintendo, we might not be playing games right now.”