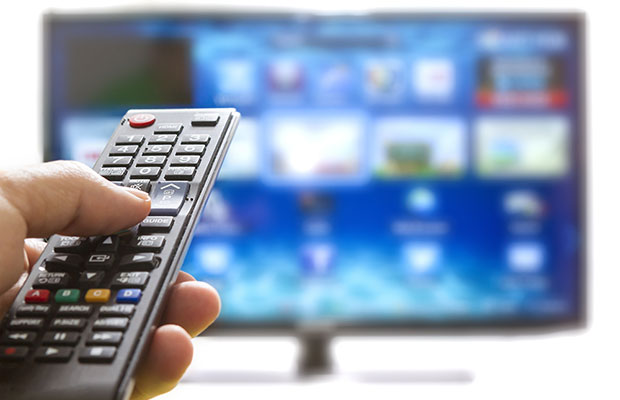 Many consumers in recent years have opted to cut the cord — that is, toditch cable or satellite TV and instead rely on over-the-top(OTT) streaming services for their viewing pleasure. Price has beenone factor, but changing viewing habits has been another.

As a reporter who regularly covers pay-TV services of all varieties, Iactually went the opposite direction and for some time have had bothcable and satellite: Comcast Xfinity and Dish Network, to be specific.

It allowed me to relate to the fictional Michael Scott of TV’s TheOffice, who explained he had satellite TV and cable as a “back up.” Asa matter of full disclosure, this was possible in my situation, as I wason the review program for Dish while I paid a monthly bill toComcast for service that included my home office phone and Internetaccess along with TV.

To say that it was the “best of both worlds” wasn’t just my quotingthe proverb — it was literally true in this case. I came toappreciate everything great about both services while being largelyimmune to either’s downsides. However, to cite another proverb, all goodthings come to end. My review time with Dish is ending.

After having had two services, going to one is not exactly easy.

The simplest solution would be to revert to my Xfinity for my cableviewing, but there are simply too many things I’ve come to love aboutDish. The irresponsible part could have taken the lead of theaforementioned TV doofus and kept both pay-TV services, but that wouldmean a bill of nearly US$400 — and that’s not including Netflix,Amazon and Hulu OTT services, which my wife and I also subscribe to atthe present time.

It probably doesn’t require my full disclosure that we watch a lot ofTV. It is not something we’re ashamed of or try to hide. We have ourfavorite shows, and paying for these services is money well spent tous — but there is still a limit to what we’re willing to and even canafford to pay.

We had to decide which to keep.

Comcast as the Cable Provider

We’ve been regular subscribers to Comcast triple play, whichincludes phone, Internet and cable, since 2010. In that time we’velargely accepted the issues with Comcast because there weren’t manyalternative services. For a brief 24-hour period we ditched Comcastfor a Midwestern alternative service, WOW (Way Out West), but we foundthat service to be even more lacking and decided to return to Comcast.

It was a case of the lesser of two evils.

At this point it seems pretty apparent that there aren’t many reasonswhy we would stick with Comcast. The bill is high and the service hashad its share of problems. However, the Internet is generally reliableand the phone service is excellent — and even allows for free calls toCanada.

The biggest problem with Comcast before we “upgraded” to its Xfinityprogram was that it was difficult to stream content on the secondarybox in the den. In a three-year period, we had no fewer than a dozenvisits from Comcast to resolve the problem. It never was addressed fully, and in the end we simply opted to ditch the secondary box.

Worse still was that Comcast really allowed us to record only twoprograms at once while watching a third on the DVR. That might soundreasonable, but check out what is on each Sunday night! For us it wasa matter of recording programs at alternative times and juggling whatwe watched first. For admitted TV junkies that simply wouldn’t do –nor should it.

Then a couple of years ago we made the upgrade to Comcast’s Xfinityservice, hoping it would improve the situation. It actually madethings worse. Recording programs was no easier, and trying to findanything on demand required going through repeated layers that madewatching a program a frustrating affair.

Xfinity added voice support, but talking to the remote wasn’t much ofan improvement. Whether using the voice functionality or the menus, it was anythingbut intuitive!

Fast-forwarding and rewinding during a program was equally annoying. Whentrying to skip ahead — say to avoid a commercial break — we either could go at a slightly faster pace than normal viewing or sprint so far ahead we’d end up having to rewind.

In the end, we often found it was easier to watch the commercials. Perhapsthat was the point, as Comcast owns NBC Universal and its variouschannels. Making it easy to skip those paid segments isn’t good forthe bottom line now, is it?

Xfinity also never resolved the way the channels arepositioned. Standard-definition and high-definition channels are badlyintermixed, while local channels, basic and premium cable channels seem randomly placed as well. Even after years of having theservice, it was necessary to look up channels or programs.That isn’t ideal for channel surfing, to say the least.

The case for Dish is much easier to make. The channels are nicelygrouped. Local TV channels are placed on the same”number” as the over-the-air counterpart. Hence Fox2 is on channel 2and NBC is on channel 4 just as it should be! The major basicchannels — AMC, FX and History, etc. — are grouped together, while thesame goes for the premium paid channels.

Better still, an on-demand channel is positioned with the respectivepremium offerings — such as Showtime and Starz — and for some basicchannels, like the aforementioned FX and History. Click on these andyou quickly can pull up their on-demand content! Now that’sintuitive.

Fast forwarding is much easier with Dish as well. Three of themajor networks, including ABC, Fox and NBC, also offer auto hopfunctionality, so you don’t even need to skip the commercials –the DVR does it for you! My wife and I also fell in love with theprime time anytime feature with Dish. This automatically recorded theprime time content on those three networks along with CBS. Sure, itwould be great if CW and PBS were included, but we’re happy enough toknow that the majority of network shows record automatically.

That helped reduce the number of programs we had to remember to recordeach week. The only downside was that at certain times a local affiliatewould preempt the network, but those occasions are far and few between, so itwas worth the tradeoff. For power viewers, Dish certainly has itsadvantages.

Another standout feature with Dish was the ability to stream contentwhile we traveled — and on a trip to Vienna, we actually were able towatch the programs recorded in our living rooms! It was literally thebest of both worlds for a vacation — and yes, I’ll admit I’m one ofthose people who worry about missing my shows while I travel, even onvacation. A vacation in my mind should be getting away from work andstress, not the things in life I enjoy.

So thanks to the Sling technology with Dish, we could take in theculture of Europe and watch our shows before going to sleep.

Now, in fairness, Xfinity has started to offer similar features forremote viewing, and while we haven’t tested in Europe we have used itin the United States. In a head-to-head comparison, Dish performedbetter in most situations. There were a few times that Xfinity seemedto have an edge, but there are numerous factors to consider — mostnotably the quality of the WiFi signal in our hotels.

However, in most cases Dish edged out Xfinity when it came tostreaming our content.

Now Dish isn’t perfect, and honestly no TV service is. Dishis a satellite-based service, and we live in Michigan and get some badsnowstorms as well as bad rain squalls in the spring and summer.Satellite service largely has overcome weather issues — but there is only somuch that can be done. Snow can accumulate on the dish, and thatrequires going out to clear it.

Fortunately the literal dish isn’t on the roof but is on a beam in thegarden in the back yard. That means I don’t have to risk life or limbto see my programs. (It would be worth the risk, btw, but it isn’t apleasant way to start a cold morning with an ice storm!)

Another problem with Dish is that it doesn’t offer Internet orphone. The cost for the level of plan that we’d consider for ourviewing habits is on par with what Comcast offers for a triple play.By picking Dish, we can expect to add $40 to $80 a month for phone andInternet. As we work from home, having both phone and fast Internet is simply a requirement.

The biggest issue with Dish, however, is its feud with HBO, which hasbeen ongoing since the beginning of November and shows no sign ofbeing resolved. We understand why Dish’s leadership is holdingits ground, and we stand with them — but Game of Thrones is on, andthat’s a huge favorite of ours!

The solution with Dish would be to get HBO Go and MAX Go, but that willonly add to our bottom line, and it means those are now streamingservices, not really cable channels. This means the cost of keepingDish could increase our bill for pay TV by nearly $100. That’s not aninsignificant amount of money. For a couple of freelance writers, itadds up.

In the end, it will be hard to stomach that extra $100. It is moneythat could be spent to go out to dinner, to splurge on something elseor just to save for a rainy day.

However, dealing with Comcast Xfinity and its frustrations reallyisn’t worth the money we’d save. We could live with Comcast if it werethe only option in town. Maybe we’d be happy with it… if we hadn’texperienced Dish. The simple truth is we have, and we love Dish.

So if this means I need to write another story or two each month, towork a little harder, then it is a fair tradeoff. Dish has becomesomething we truly enjoy. In fairness, it would be easier for me toditch Netflix or Hulu instead. With those services, we have to binge shows –and truth be told, sometimes weeks go by without our engaging witheither.

As someone who grew up with cable — I even know the day of the yearwhen I was a child and we first became connected — I’ve come toappreciate what it offers. While I’m cutting the literal cable fromComcast, I’ll be keeping the cable that delivers Dish from thesatellite dish.

I’ll have to sign up for HBO Go as well, at least until Dish andHBO resolve their differences, which I do hope happens soon. However,I think we should all expect more fighting between content providersand pay-TV services… but that’s another issue.

Now the next decision is whether I bother keeping Comcast’s phone andInternet or opt to try out another service. In the end, I know thisisn’t the best decision to make but it is really the only one I can make.