The E7, C7 and C6 are expected to roll out before the end of the year, but it’s not clear whether that launch is worldwide or if the phones will be available for the holiday shopping season. 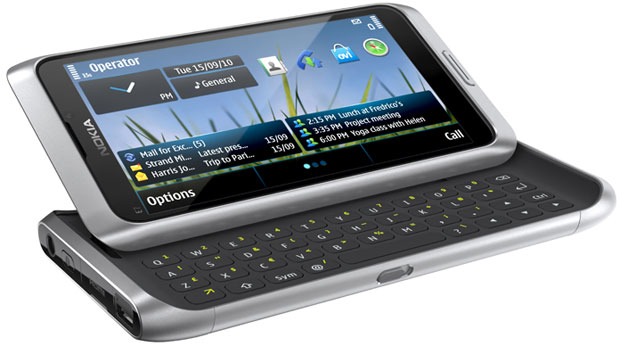 Nokia did not respond to a message seeking comment by deadline for this article.

Although nicely crafted phones, the offerings shouldn’t be taken for direct competitors to the iPhone or Android devices, said Tim Shepherd, a mobile industry analyst for Canalys, who attended the event in London.

Instead, they further the mid-range line that currently tops Nokia’s portfolio, a largely lower-cost lineup that has allowed the Finland-based phone maker to retain nominal worldwide leadership in the smartphone space, despite increasing pressure from Apple’s iPhone and a fast-rising army of Android devices.

It won’t be until Nokia issues a handset built on the Meego software platform being developed in concert with Intel that the market will be able to assess whether the company will be able to maintain its leading position, Shepherd told TechNewsWorld. The three phones revealed Tuesday all run the Symbian^3 OS, released this year.

“Clearly, Nokia badly needs a device, probably a Meego device, to compete at that high end of the market,” he said. 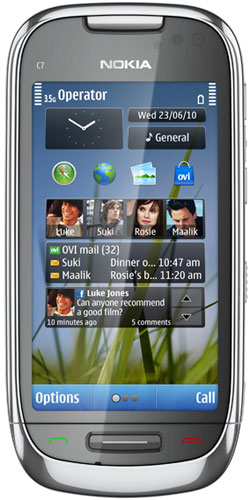 The E7 is cast as a business-oriented device. It includes Microsoft Exchange ActiveSync and a full QWERTY keyboard. The device is 4.9 inches x 2.45 inches and is a hair over 1/2 inch thick. It sports a 4-inch AMOLED screen with pixel resolution of 640×360. It supports finger touch for text input with full handwriting recognition, according to Nokia. The phone carries an unsubsidized price of about US$644.

The C7 is described as a social networking phone. It offers integrated Facebook and Twitter feeds and access to webmail from the home screen. It includes a 3.5 inch AMOLED display cased in stainless steel. The device measurs 4.6 inches by 2.24 inches and is less than 1/2 inch thick. It’s priced, unsubsidized, at about $435.

Nokia categorizes the C6 as the “small and stylish” sibling, with a 3.2-inch AMOLED screen, full touch capabilities and similar social networking features to the C7. It’s priced at about $338, before subsidies.

“These new products do breathe some life back into its Symbian touchscreen portfolio,” Shepherd said. “They are good solid products in that mid-range of the market.”

As such, they will likely help Nokia continue to win the value proposition in some markets, said Al Hilwa, program director for applications development software at market research firm IDC.

“The thing for Nokia is how to elevate its game from a hardware maker to a platform player,” Hilwa told TechNewsWorld. “In particular, it needs to find a cohesive platform strategy that can put it on a growth trajectory with respect to the new wave of modern application smartphones.”

Neither Hilwa nor Shepherd believes the phones announced Tuesday do that, but Shepherd is confident Nokia will be able to deliver on the promise of a high-end Meego phone by next year. 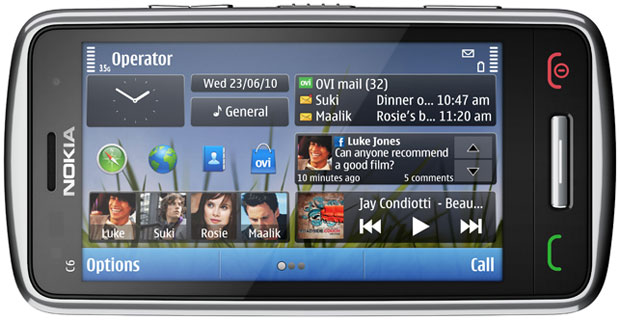 A shakeup in management is currently rattling Nokia. Chairman Jorma Ollila announced he will step down in 2012, on the heels of smartphone unit head Anssi Vanjoki’s resignation Monday. That news followed last week’s announcement that Microsoft exec Stephen Elop would replace Olli-Pekka Kallasvuo as CEO.

“Better that they take time to get that right because it’s an important product,” he stressed. “Nokia needs innovative, differentiated, exciting products that compete at that high end, because that’s where all the media hype is.”