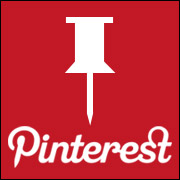 Pinterest, the social scrapbooking site that has quickly captured the Web’s attention, this week rolled out a beta test of a redesigned look that features larger pictures and a new way of navigating pages.

The biggest change to Pinterest is that images are larger, and there’s more information on pins. The new navigation makes it easier for users to get around their own boards while discovering new areas of the network.

Pinterest want to use the beta test to gauge reaction to the larger pictures.

“They are trying things, seeing how people respond and react, and then adding that into new services,” Susan Etlinger, industry analyst at Altimeter Group, told the E-Commerce Times. “The idea is that they want to understand whether there is an impact when they increase the size of the image.”

Beta testers are a good focus group, but Pinterest needs to put that feedback into perspective.

“They need to understand whether the feedback they got actually tracks to a broader audience,” said Etlinger. “When you conduct a survey, you only hear from people who want to respond, and not what they say under their breath.”

“Twitter is what people say under their breath,” Etlinger said.

Larger images are intended to be more effective in catching a user’s eye. There is also more information available relating to each photo.

“On each pin, you’ll see pins from the same board, or other boards this pin was pinned to, and a whole slew of related pins,” Vy Phan, software engineer at Pinterest, wrote on the company blog.

“Bigger is better when it comes to Pinterest,” Josh Crandall, CEO at Netpop Research told the E-Commerce Times.

It’s still necessary to test the “bigger is better” theory. “They want to understand whether there is an impact when they increase the size of the image,” said Altimeter Group’s Etlinger.

Image size also matters when it comes to viewing Pinterest on several platforms. A larger size might work on a desktop or laptop; on a smartphone or tablet, bigger pictures might reveal more detail to users, but they can also take up too much real estate on a smaller screen.

“They do need to be very careful and make sure they understand what’s going on on the platform. Pinterest is trying to learn from experiences that social platforms have had,” said Etlinger, adding, “I’d be surprised if people don’t like larger images.”

The changes in the beta test are more consumer-focused, but they help Pinterest take a step toward making the social bookmarking site more viable for advertisers.

“The reality is that a lot of activity on Pinterest right now is ad hoc,” Max Kalehoff, vice president of product marketing at Syncapse told the E-Commerce Times. “One of the reasons is that they don’t have a lot of tools for brands to use it on scale.”

An API and other tools for marketers to utilize the site are on Kalehoff’s wish list. Pinterest does offer business pages, which have attracted brand and advertiser attention, but the focus has been on building a sustainable audience and developing the user experience.

“Once they release their APIs and tools marketers can leverage, you’ll have a limited large scale marketing adoption,” Kalehoff said.

The current changes in the beta test will have some appeal to advertisers.