Polar Buy Hints Google+ Not Left Out in the Cold 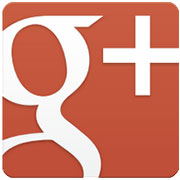 “I’m thrilled to welcome [Polar founder] Luke Wroblewski and the talented Polar team to Google!” wrote Dave Besbris, vice president of engineering for Google+, in a post on the social network. “They’ll be joining our team and helping us make G+ even more awesome.”

“At first, it was difficult to find the connection … opinions and polls?” mused marketing and social media expert Lon Safko.

Upon reflection, “the acquisition was about driving engagement and audience to websites,” he told the E-Commerce Times. “Polar makes it easy to engage with your followers, whether it’s on a website, blog or mobile. People love to give their opinions, participate in conversations and contribute, and Polar’s tool makes it easier to do that.”

What’s in it for Google?

“I can see where this will create incremental revenue for Google. Polar was a good purchase,” Safko said.

“The nice part about Polar is the ease of use,” noted Jim Tobin, president of Ignite Social Media.

“While people think a lot about publishing on social networks and commenting, the simple voting that Polar offers is a really nice, low-barrier method of engagement,” he observed.

Google+ “could use some additional engagement,” Tobin told the E-Commerce Times. “If they do tie a similar feature in, it would differentiate G+ a bit from Facebook and Twitter.”

While the acquisition is a relatively small one for Google, it may be meaningful in that it’s a sign that the company is continuing to put resources toward Google+, he added.

“Just a few months ago, when [former Google+ chief] Vic Gundotra said he was leaving Google, many thought it was the end of G+,” Tobin noted. “This may be a small sign of support.”

Polar’s staff also could be a key part of what Google is after.

Google may use Polar’s polling functionality — particularly on mobile devices — to create more engagement opportunities in Google+, but overall “this is largely a personnel hire,” Greg Sterling, vice president of strategy and insights for the Local Search Association, told the E-Commerce Times.

“It’s not a major acquisition — and probably about acquiring the team more than the product itself,” he suggested.

“I can’t see why Google would be that hot over adding polls to Google+,” said Paul Gillin, blogger, podcaster and author of Attack of the Customers. “I’m guessing this is a talent play.”

It’s unlikely that Google paid much for the acquisition, since Polar had only raised US$1.7 million, Gillin told the E-Commerce Times.

Either way, “it is a positive sign for Google+, I must say,” he noted. “Maybe it’s not dead yet.”

Carving Out a Niche

In general, tech companies are usually acquired for their technology, their user base or their personnel, Internet marketing expert Brian Carter told the E-Commerce Times.

“It appears they purchased Polar to get Luke Wroblewski and his employees to work on Google+,” Carter agreed.

Wroblewski is “a mobile evangelist,” he added, so “it’s possible they think focusing on G+ mobile is the way to carve out a niche.” 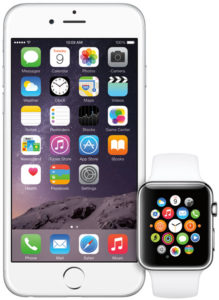