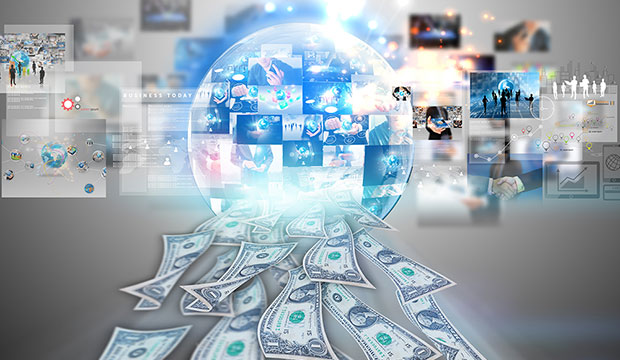 A Democrat and a Republican on Monday filed a U.S. Senate bill to require companies to report to financial regulators and to the public what consumer data they collect and how they leverage it for profit.

“When a big tech company says its product is free, consumers are the ones being sold,” said Sen. Josh Hawley, R-Mo.

“These ‘free’ products track everything we do so tech companies can sell our information to the highest bidder and use it to target us with creepy ads. Even worse, tech companies do their best to hide how much consumer data is worth and to whom it is sold,” Hawley said. “This bipartisan legislation gives consumers control of their data and will show them how much these ‘free’ services actually cost.”

Consumers are paying for free products with their data instead of with their wallets, Warner noted.

“The overall lack of transparency and disclosure in this market have made it impossible for users to know what they’re giving up, who else their data is being shared with, or what it’s worth to the platform,” he said.

“Our bipartisan bill will allow consumers to understand the true value of the data they are providing to the platforms,” Warner continued, “which will encourage competition and allow antitrust enforcers to identify potentially anticompetitive practices.”

Among the Dashboard Act’s provisions:

Warner also has pledged to introduce a bill in a few weeks to require tech companies to make data collected from users portable so it can be moved easily from one platform to another, according to Axios, which first reported news of the Dashboard Act Sunday.

“If you have data portability, it could open things up quite a bit,” said French Caldwell, CFO of The Analyst Syndicate, an IT research and analysis group based in Washington, D.C.

“It would allow you to easily move your data from a player like Facebook to a new competitor,” he told TechNewsWorld.

How easy — or frictionless — the companies will make it to move data among platforms will be a thorny issue should the bill become law.

“I doubt it’s going to be made real easy to do,” Caldwell said.

What’s more, portability can only have an impact on the competitive landscape if there are competitors to take the data to.

“Data portability is all well and good and could foster competition, but it doesn’t work if there are no effective competitors in the market because they keep getting purchased by the larger companies,” Albert told TechNewsWorld.

More information about how companies gather data would provide greater benefit to consumers than how much money they make off it, Albert also noted. “Knowing what your data is worth doesn’t get you much when there’s effectively no competition in particular services.”

The idea that consumers are getting a rotten deal when they give up their data for free services is wrong, maintained Daniel Castro, director of the Center for Data Innovation of the Information Technology and Innovation Foundation, a research and public policy organization in Washington, D.C.

“While data may have value, ‘paying’ for a service with data is not the same as paying with money,” he explained.

“Unlike money, consumers do not have less data after sharing personal information, and they can share that same data with other services as well,” Castro pointed out. “On the contrary, for most commercial services, consumers always come out ahead by sharing data in exchange for a free service.”

The legislation would make companies go through an expensive process of trying to assign a value to each user, an activity that almost certainly would irritate consumers — even if required by the government.

“In no other sector does the government require businesses to reveal which customers are most valuable to them,” Castro said. “Further, if Congress wants to require this disclosure, it should extend it to businesses of all sizes, as well as political campaigns.”

Provisions in the proposed law that direct the SEC to develop a methodology for calculating data value, its sources for data collection, and how the company safeguards the data “are all reasonable and should be the basis for any bill that moves forward,” he added.

“Typically, when one side knows the value of something and the other side doesn’t, then the side that doesn’t know the value of that thing gets cheated,” he told TechNewsWorld.

The problem with this bill is the companies will be doing the valuations, and “there’s nothing to stop the company from undervaluing the asset,” Enderle said. “This bill needs a stronger process for setting the value of information so it does not excessively advantage the vendor.”

However, the bill could be arriving at a good time, Caldwell said, noting that “concerns about privacy and the power of big tech are higher than ever right now.”