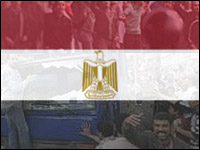 Governments are at it again, trying to stifle online communication with a major disconnect in Egypt and a reintroduced Internet “Kill Switch” bill in the U.S.

Fax machines, ham radios, and dial-up modems are riding to the rescue as Egyptian citizens revolt against the government of Hosni Mubarak. An old-school march to keep people connected is trying to short circuit Mubarak’s nationwide shutdown of mobile phones, cloud servers, and broadband Internet connections.

In the states, U.S. Senators Joe Lieberman and Susan Collins are once again pushing the 200-page “Protecting Cyberspace as a National Asset Act,” which would appoint a new bureaucrat — the director of cyberspace policy — and grant the president broad powers that could include turning off the Internet. The bill had faded from consideration as this year’s new Congress took office.

“People in politics move so quickly they forget history,” said 2011: Trendspotting author and technology public relations specialist Richard Laermer. “The minute people get a forbidden-fruit sense, the walls come tumbling down. Connectivity can be gotten in the oddest and most splendid ways.”

Landline phones connecting to the Internet via dial-up modem have proven popular as Egyptians try to get back online.

Internet service providers around the world have established “modem pools” that waive fees for international calls. Ham radio chatter and fax machines — some reportedly faxing Wikileaks about Mubarak’s Egypt — have also rallied to the cause. The only ISP consistently online is Noor, which connects the Egyptian stock exchange to the rest of the world and “is probably being shared, or given away” among the rebels, Laermer told TechNewsWorld.

“We are anonymous, We are legion,” the top 20 list concludes, a bold pronouncement given the difficulties inherent in circumventing government blockades.

“It’s more challenging than the underlying question — what are some ways old-tech can be modified to approximate the one-to-many communications capabilities of the Web? — may belie,” explained James Norrie, associate dean of the Ryerson University Ted Rogers School of Management and an expert on social media.

“People have become use to just-in-time information, so any adaptation of older technology would have to promote choice and timing,” he told TechNewsWorld. “These kinds of adaptations are likely to use intermediary technologies — like analog cable boxes — to make old-school methods mimic more up-to-date technology.”

Ironically, the same economic hardships that have led Egyptians to revolt have also preserved the old-school technologies used to subvert the shutdown.

“Analog still exists in Egypt,” Richard Laermer explained. “Unlike here, where devices no longer work that way, pagers that work through radio are still in existence. Thankfully, 140 characters is all it takes.”

The old-school workarounds are virtually inevitable, in fact, given the intrinsic human desire to communicate.

“You’ll see in Egypt, as we have seen in China, that no regime is capable of stopping expression,” said Michael Bugeja, director of the Greenlee School of Journalism and Communication at Iowa State University (ISU) and author of Interpersonal Divide: The Search for Community in a Technological Age. “It’s the chief positive trait of the Internet and associated mobile technologies.”

Experts diss and dismiss the idea of an Internet “kill switch” — a term the Lieberman/Collins bill doesn’t in fact use, instead granting the president broad discretionary powers under emergency conditions.

“There is no kill switch; it’s rhetoric and empty threats,” Laermer said.

“The idea of an Internet kill switch is antiquated and impossible in the 21st century,” ISU’s Bugeja told TechNewsWorld.

Nonetheless, the convergence of Egyptian repression with this American suggestion does provoke “profound and fundamental questions, as we balance between civil liberties, regulatory and legal questions around privacy, security, libel and criminal activity,” said Ryerson’s Norrie. “The notion of a complete national service denial — the kill-switch concept — would be abhorrent to most open democracies and societies, although the application of the same tools and techniques used in Egypt is quite possible.”