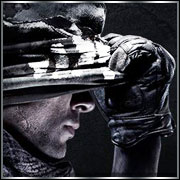 Activision on Tuesday released Call of Duty: Ghosts for the Sony PlayStation 3, Microsoft Xbox 360, Nintendo Wii U and PC. The game will be released later this month for the upcoming PlayStation 4 and Xbox One.

Ghosts is the latest arrival in the popular first-person franchise, which has generated billions of dollars in sales and has been an annual hit for the company.

“The launch of Call of Duty has become a pop-cultural event shared by millions around the globe,” said Eric Hirshberg, Activision’s CEO. “Call of Duty: Ghosts delivers on this promise with an epic thrill ride which takes the franchise to new heights on both current and next-gen consoles.”

Activision has built a successful franchise with Call of Duty, including annual releases from different development studios, and the result has included various subfranchises with both historical and modern-day settings. While the World War II and even Vietnam-era games have been popular, it has been the modern-warfare titles that have scored best with fans.

With this latest release, the “modern warfare” sub-moniker has been dropped and the setting is now considerably different. In the single-player campaign mode, instead of helping protect America from foreign threats, the player now must work to liberate the country and act as a freedom-fighter. This makes for a very different setting — one that could be a major risk for Activision.

“I hoped they would be taking risks,” independent video game analyst Billy Pidgeon told TechNewsWorld. “They have to take risks if they want to keep the story fresh.”

Moreover, “what could work in their favor is that some people will see this as just the latest Call of Duty,” said Paul Semel, editor at Electronic Gaming Monthly. “What might actually be an issue is that there could be some fatigue because of the modern-day thing.

“While this doesn’t have the ‘modern warfare’ name, it still feels very much like one,” Semel told TechNewsWorld. “Given that this is an annual thing, there could be some fatigue. There was a different vibe when they went back and forth with the settings.”

For gamers seeking the multiplayer experience, however, Ghosts could deliver. It offers a new create-a-soldier system that allows for serious customization with nearly 20,000 unique combinations.

The game tracks players’ exploits and also has enhanced the perk-and-reward system.

“These games are still very much about the new environments and new weapons in the multiplayer mode,” said Pidgeon. “The biggest risks are to the multiplayer component.”

At the same time, “we’re still only scratching the surface on what could be done,” he added. “If the changes are too radical for gamers, you only show others how to make those changes more gradually while you drive away your fan base.”

Given the game’s annual release cycle, is it possible it could run out of steam?

“Call of Duty is a huge franchise for Activision Blizzard,” video game analyst George Chronis of DFC Dossier told TechNewsWorld. “The company prides itself on being able to develop and profitably manage a small number of AAA game properties over time.”

Of course, “nothing is forever — as the Guitar Hero and Tony Hawk IPs will testify,” Chronis added. “Yet there are no signs that consumers have tired of the Call of Duty formula,”he said. “We see nothing in Ghosts that consumers will openly dislike. Freshening the formula usually is a positive strategy when it does not completely overturn expectations.”

Playing to the Current Generation

Meanwhile, Ghosts has arrived weeks before the launches of the new Microsoft Xbox One and Sony PlayStation 4. While it will appear on those systems when they debut later this month, it is still very much a current-generation title for good reason.

“As Grand Theft Auto V has shown, a major franchise can have its best payday on established platforms regardless of the imminent arrival of next-generation systems,” said Chronis. “Ghosts has the same potential.”

Typically, major releases will appear for prior-console generations “a year or so into the run of their replacements,” he added. “A great deal depends on how well old and new systems are selling.”

Indeed, “there are 100 million consoles out there with the existing systems, and if you want a million-seller, you need to reach out to the most customers,” Pidgeon concurred. “You have the greatest chance to reach those customers by targeting those systems. While it is good to have your high-profile title on a new system, it isn’t much of a business opportunity as the installed base isn’t there.”