Recognizing and Defending Against Creeping Violence 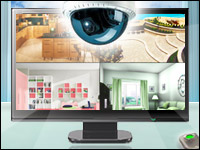 I spoke last week with a woman who built a house in Belize. Apparently it was burglarized several times. After she moved away, her husband mysteriously died there — he had stayed to protect the house before they sold it.

Then I got a visit from a friend who’d retired to Brazil but badly wants to come home. He has seen a massive increase in crime there — he recently had his gold chain ripped from his neck while he was on a private beach. I was thinking this was a Central/South American thing, largely because I was being told that U.S. citizens were being targeted.

However, when I started really paying attention to what was happening around me here in Silicon valley, I found there have been home invasions, carjackings, murders — and apparently a trend toward kids trying to knock out older folks like me has taken off.

One guy on a forum I frequent was walking to his dorm on a school campus and got mugged by gun-wielding assailants; this was during a time of heightened concerns about mass killings on school campuses.

Part of the problem is that this threat has been increasing gradually, and we simply haven’t wrapped our heads around how unsafe the world has become. As a result, I think we need to rethink how we build our homes and businesses.

I’ll close with my product of the week: a defensive flashlight that could save you in an attack.

One of the things I was noticing in my conversations with folks about their experiences was how many of them weren’t getting reported. When I asked them about this, they cited a number of things: Because the authorities didn’t want to scare away tourists, home buyers or businesses, they were part of the problem; also, the events had become so prevalent they just weren’t all that interesting to reporters anymore.

Over the last few years in my area, a neighbor has been shot, and there have been several burglaries. During one home invasion, the family climbed out onto the roof to avoid a group of gunmen. Several cars have been carjacked with children inside — one just this past week. I was nearly kicked to death in front of my own house last Halloween and have lost partial use of my right arm. This is all in Silicon Valley.

The way I find out about some of this stuff is through a great service called “Nextdoor.” Call it a social network for neighbors. This is where I found out there were folks going around the neighborhood stealing mail, burglaries I hadn’t previously heard of, and about the people being knocked out by teenagers. Check it out — it could save your life or help prevent a major theft at your home. (Also, consider putting up Internet cameras.)

One of the concepts that I think is long overdue is that of an arcology. Once an interesting idea, there now are projects worldwide. It is actually what Walt Disney originally planned for Epcot City at Disney World. They thought him crazy then — now, not so much.

This is what I think Apple should have designed for its new campus — and it would prevent the attacks on Google and Facebook employees currently being targeted in San Francisco. An arcology is a structure where you live and work. It is an extension of what already exists in most major companies, in that it adds living quarters on top of the extended food, store, cleaning and services these firms already provide on company property to keep employees productive and not distracted by personal business.

In an arcology, the employee is better protected, the environment is better contained, the entire energy footprint of the facility is massively reduced, and overall security — even over product plans — is vastly better, which should have made the concept attractive to Steve Jobs. Given the escalation of violence, particularly where there are very high income differentials, rethinking how we house and protect our employees could be critical to remaining viable. Likely, it won’t be long before the attackers realize going after employees is foolish and start going after executives instead.

A few years ago, my wife and I were house shopping, and during the real estate crash, a number of mansions came on the market at a fraction of their build cost. We quickly realized we couldn’t afford to maintain these monsters — nor would we want to — but one of the designs struck me as particularly stupid. There were roll-down electric shutters over each of the major solid entry doors, but the glass doors on the same level were unprotected.

A burglar or attacker simply would have gone through the windows, and most of the homes I’ve seen in Central and South America seem to have lots of glass doors and windows on the ground floor. You can bar the windows — and many natives there and low-income home owners here do that — but if there is a fire, you are basically locked in an oven. A family with kids recently was killed nearby, so I’m not a fan of bars.

A few years ago, I saw someone design a home for South Africa, where there are significant violence problems. It has a ton of windows, but at the press of a button it becomes a fort. Check it out here. Nobody is going to burglarize it at night, and even in the most hostile areas you’d be safe. Remember — if your house is the hardest to break into, the criminals likely will choose someplace else.

Whether you build or buy, find out these three things:

Wrapping Up: The World Is Becoming Far More Violent

I think we are becoming way too comfortable with violence and the belief that it will happen to someone else. Frankly, it took nearly being killed in front of my own house to open my own eyes to the threat. I’m paying a lot more attention to the people around me now. I’m being a lot more serious about ensuring my home’s security systems are working and in use now — and I’m spending a lot more time staying in shape. Learn from my example before you too learn the hard way.

I’m left with the memory of that woman who lost her husband in Belize and now, instead of enjoying his company and a magical retirement, she is trying to find a job and living alone with her future shattered. Keep your eyes open, ask the hard questions, and consider the cost of turning a blind eye to the changing world. That cost is too high for any of us to pay.

Product of the Week: The Coast HP17TAC 615 Lumen Tactical Flashlight

To make a self-defense weapon work, you have to have it in hand — and the best tactic is to have something that will allow you to escape. Even a gun can be problem, because if you don’t train with it regularly, you’ll likely mess up drawing it — or worse, hit someone who didn’t deserve to die.

While I was a supervisor in security, we had a number of gun events — ranging from a guy who killed a transformer playing with one in a bathroom to a drunk cop dropping one in brawl with another cop. (This was in a restaurant full of politicians, and it really didn’t end well.)

What makes the Coast HP17TAC 615 Lumen Tactical Flashlight (read the testimonials) particularly useful is this: It is one hell of a flashlight, it puts out enough light to temporarily blind an attacker at night, and if you hit someone with it, it’ll hurt them a lot.

At around US$89, it is expensive for a flashlight, but it’s cheap insurance if you find yourself out at night in front of a mugger or burglar. Your best defense is always your brain and staying alert. Getting safely away — even if you are a professional fighter — is your best option (even champs get mugged), and that makes the Coast HP17TAC flashlight my product of the week.