Rock Band 4 Rises From the Ashes 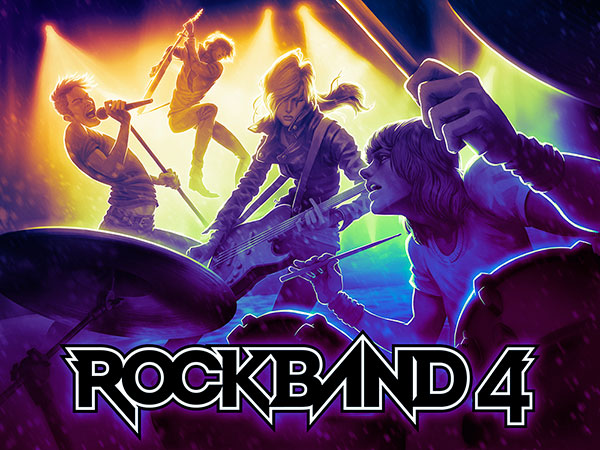 Harmonix on Thursday revealed that the fourth installment of Rock Band will launch this fall on PlayStation 4 and Xbox One. The news comes about five years after the last title in the franchise made its debut.

Harmonix is celebrating the series’ return by gifting fans Frank Turner’s I Still Believe. It’s an appropriate track for a series that has taken some time off, with its iconic lyric, Now who’d have thought that after all, something as simple as rock ‘n’ roll would save us all?

Rock Band 4 will launch with hundreds of tracks on disc. It will follow a model akin to that of Rock Band 3, in which Harmonix updates the game with new content periodically rather than iterating on it with successive releases.

Xbox One and PlayStation 4 owners will be able to import content from legacy versions of the game, which includes the more than 2,000 tracks released following Rock Band 3’s introduction.

However, Harmonix didn’t say whether users will be able to import legacy content across console manufacturers.

It may be a while yet before Harmonix is ready to discuss cross-platform uploads. Many of Rock Band’s features are still in the works, and Harmonix isn’t ready to divulge specifics about the game, according to Harmonix spokesperson Nick Chester.

“We have a number of evolutionary new game features that build on the core experience Harmonix pioneered in the genre that we think will really surprise players, and we can’t wait to share those details with them later this year,” he told TechNewsWorld.

Along with support for legacy downloadable content, Harmonix is working with its bandmates at Mad Catz to deliver backward compatibility for fans’ vintage Rock Band axes and drum kits.

Despite focusing on its solo career for the last few years, Mad Catz is happily hammering out new gear for a new generation of consoles and Rock Band fans, according to spokesperson Alex Verrey.

“The new generation of consoles has sold at a faster pace than anyone was expecting, which opens up a potentially huge user base,” he told TechNewsWorld. “Personally speaking, I think Rock Band 4 is going to be a great game, and we look forward to sharing more details with the world soon.”

The last Rock Band and Guitar Hero games were released in 2010, when a genre that had boomed for the previous five years was on the decline. Guitar Hero, rumored to be returning as well, disappeared after saturating the market with five releases in a single year.

The rhythm game bubble burst because the times changed — and music changed, according to Kathleen Maher, vice president at Jon Peddie Research. Rock Band and Guitar Hero thrived because they were released at a time when rock bands were still riding high.

“Music has diversified a lot — there are a lot of different genres,” Maher told TechNewsWorld, “and music streaming means that there are fewer huge hits and more indie hits. All this makes it a lot harder to package a music game to appeal to a huge audience — but you know, I’m kind of assuming Harmonix knows all this, and let’s hope they have something up their sleeve.”

With too few rock songs enjoying success in the mainstream, rhythm games fed on all of the early hits until there was nothing left for them to follow up with in DLC packs and new games, Maher observed. The new songs wore off quickly, the novelty faded, and the need to invest in a peripheral created an offputting overhead for consumers.

“I blame the developers to a certain extent, because they failed to build on the interest in reality capture approaches. Instead, they just offered variations on the same themes,” Maher said.

That said, “to the defense of the developers, it takes time to understand a new platform and a new genre. It’s not over yet by a long shot,” she added.

Down but Not Out

While the bubble may have burst, to suggest that rhythm games have disappeared is an exaggeration, said Harmonix’s Chester. A decline in the genre may have been all but inevitable, considering rhythm games surged on the wind of unexpected interest from fans.

“The reality is that developers, including Harmonix, have continued to push rhythm and music games in new directions, and you’re seeing this across all platforms — from mobile to console — aimed at a variety of different demographics,” Chester pointed out.

“Specific to Rock Band, we’ve had a tremendously active and engaged community. We’re still seeing hundreds of thousands of folks logging into our games and playing monthly.”