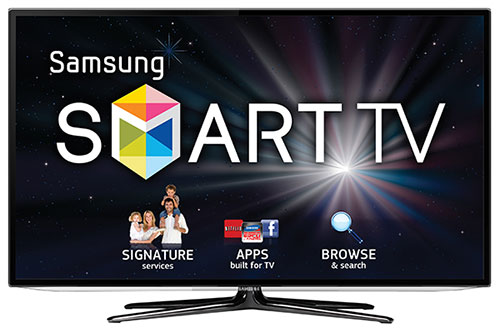 Samsung Smart TV owners, already shaken by news earlier this week that their TVs can transmit voice commands and other private data to third parties, have been hit by another revelation — that the devices sneak ads into movies they’re watching, without the owner’s knowledge or consent.

A user with the handle “mikeohmike” complained on the Plex forum that a Pepsi ad popped up every 10 to 15 minutes while he was watching content on his Samsung TV. This followed upgrading his Plex Media Server to version 0.9.1101.

Samsung told GigaOm that the problem surfaced in Australia and it was due to an error Samsung is investigating.

Plex, a media center app that runs on Samsung Smart TVs, computers and other devices on a variety of OSes, denies having anything to do with the problem.

The same commercial has also been described as hitting subscribers to Australia’s Foxtel TV Service while watching content on Samsung TVs.

“This could be a huge privacy and trust breach,” Rob Enderle, principal analyst at the Enderle Group, told TechNewsWorld.

Samsung could also end up shooting itself in the foot because “it could end up placing ads on top of ads, which could annoy the user to unacceptable levels.”

Samsung Electronics Australia issued a statement saying the problem has been rectified — blaming it on an error that occurred as part of a recent software update that was not intended for the Australian market.

That raises even more questions. What markets was Samsung targeting? Does it not care that inserting such ads into content without the user’s consent raises privacy and trust concerns?

“I’d take [Samsung’s response] as a warning, and won’t be buying any Samsung devices until I better understand what they intend to do here,” Enderle said.

Samsung did something similar last year by preloading pop-up ads for Yahoo in its Smart TVs.

Samsung told Business Insider that the ads were the result of its partnership with Yahoo. They were supposed to be offered through the Samsung SmartHub on an opt-in basis. Samsung eventually suggested ways to opt out of the ads.

Surreptitious pop-up ads are not unique to Samsung TVs. The Viera Connect Banner feature on some Panasonic TVs introduced in 2012 includes a banner ad that pops up when the TV is turned on.

Samsung and Panasonic have probably been motivated by expectations of the size of the smart home market.

Consumer spending on the smart home will hit US$60 billion this year, Strategy Analytics predicts.

Smart TVs are expected to be an integral part of the smart home.

“Smart TVs force themselves online even before they start up for the first time, so they’re immediately part of your home’s attack surface,” John Steven, internal chief technology officer at Cigital, told TechNewsWorld.

Samsung Smart TVs run a Linux OS and ship with Web browsers, and Samsung bundles application deployment forms such as Adobe Air and Oracle Java with them, Steven said. “Despite constant attention to their security, these two platforms remain notoriously vulnerable, so expect the penetrations and patches to come fast and furious when attackers decide your TV is interesting.”

Another possibility is that someone could potentially replace legitimate ads with their own by hacking into the smart TVs, Enderle suggested. “Think of one political party being able to target and destroy the message of another this way.”