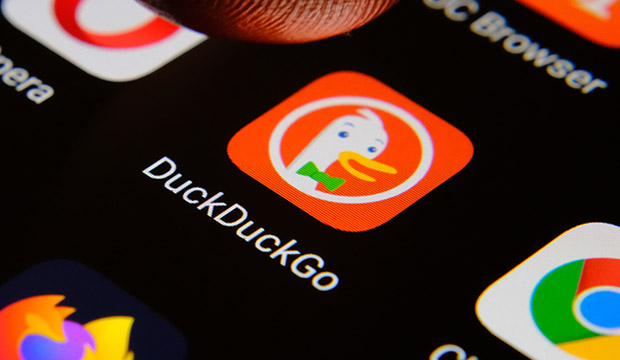 DuckDuckGo, the search engine that prioritizes privacy, reached a significant milestone last week, racking up more than 100 million searches in a single day.

According to the search engine’s website, it recorded 102,251,307 searches on Jan. 11, an historical high for the 12-year-old company. For the month, it’s averaging more than 90 million searches a day, a 73 percent increase over the same period in 2020, when the average was around 52 million searches per day.

While still a paltry number compared to the more than five billion daily searches performed by market leader Google, the milestone is a major one for the search engine that doesn’t store any of its users’ personal information, doesn’t archive their search histories, and doesn’t track their search activity.

“It’s a significant milestone, especially since it surpassed Bing and Yahoo to get there,” said Charles King, the principal analyst at Pund-IT, a technology advisory firm in Hayward, Calif.

“That’s a solid sign of DuckDuckGo’s vitality but also reflects the waning influence of what were once dominant industry platforms,” he told TechNewsWorld.

“There really hasn’t been a significant competitor to lower players like Bing and Yahoo in the search engine game for some time,” added Liz Miller, vice president and a principal analyst at Constellation Research, a technology research and advisory firm in Cupertino, Calif.

“To cross the 100 million line is promising for DuckDuckGo,” she told TechNewsWorld.

Leg Up in Mobile

While DuckDuckGo is in sixth place in the search engine market worldwide, with less than one percent of the search pie, it is number two in the important mobile search market, with a 2.25 percent share, followed by Yahoo with 1.94 percent and Bing with 1.13 percent, according to Statcounter.

The overwhelming leader in the market is Google, with a 94.48 percent share.

“People are living on their mobile devices a lot more than they used to. Having that kind of power in mobile is handy,” observed Rob Enderle, president and principal analyst at the Enderle Group, an advisory services firm in Bend, Ore.

“The desktop segment is locked up,” he told TechNewsWorld. “Mobile isn’t so much, so there’s more opportunity in mobile.”

Miller noted that 60 percent of searches are now conducted on mobile devices.

“I don’t expect that to slow any time soon,” she said. “Even in the pandemic when you could argue that more folks were in a desktop environment, mobile search still surged.”

“DDG has tremendous opportunity here because of their multi-source search and user opt-in controls that give users the feeling of accuracy with control,” she added.

A number of factors are driving DuckDuckGo’s growth, not the least of which is its emphasis on privacy.

“DuckDuckGo has been growing steadily over time,” said Greg Sterling, vice president of market insights at Uberall, a maker of location marketing solutions based in Berlin.

“It’s increasing adoption is by people concerned about privacy,” he told TechNewsWorld. “It’s the most well-known of the privacy friendly search engines and browsers.”

“Consumers and businesses are becoming increasingly aware and tired of how their personal search data is being used for targeted online advertising,” added King. “At the same time, DuckDuckGo has crafted a solid solution that makes private searching simple and effective.”

DuckDuckGo emphasis on privacy doesn’t mean it has forsaken the advertising business model, Miller noted. The difference between DuckDuckGo and others, though, is its use of opt-in advertising controls.

“In the end of the day, they are — and are transparent about — being an ad-powered business,” she explained. “The key difference is that they put the controls of advertising-based results in the hands of users.”

“DDG has embraced the notion that personalization and privacy can coexist in collecting less data that users define as relevant to what they want to receive,” she continued. “So people are enjoying the experience of control and are being rewarded with results they feel are accurate for them.”

DuckDuckGo’s growth is also being fired by its image as a player not under the umbrella of Big Tech.

“DuckDuckGo has been lumped into this band of anti-big-tech, free-speech solutions with a little privacy tucked in there, albeit without an accurate definition or understanding of privacy in the modern world,” Miller said.

“With headlines and breaking news pieces from politicized camps saying that Big Tech is out to get the average citizen in the U.S., alternatives are being offered up as the cure,” she explained. “DDG is part of that offering.”

DuckDuckGo Vice President for Communications GoKamyl Bazbaz explained that the company generally sees a larger than normal uptick in searches and downloads around the New Year as people try to clean up their digital tools and footprint around that time.

“The recent Facebook-WhatsApp privacy policy announcement seems to have had some impact, increasing search similar to how it has driven people to private messaging alternatives like Signal,” he added. “We’ve seen this happen before, when a high-profile privacy issue is exposed, we generally see an increase in use.”

Building market share will continue to be a challenging task for DuckDuckGo. “Most people continue to use Google out of habit and because they’re tied into many other Google services, such as Gmail, Maps, News, YouTube, Android phone and so forth,” explained Sterling.

“There’s also a perception, which is partly justified, that Google is the best search engine available,” he continued.

“It’s unlikely that DDG will ever be a serious challenger to Google but they may be able to build a sustainable business,” he added.

To do that, DuckDuckGo will need to grow and keep their customers happy.

“In order to cut down on tracking, I switched from Chrome to Firefox and from Google to DuckDuckGo,” explained Dan Kennedy, a professor of journalismat Northeastern University in Boston.

“I wasn’t concerned about privacy especially, but I was tired of looking up, say, a product a student had written about in order to check the spelling and then seeing a constant stream of ads for that product for the next six months,” he continued.

“Unfortunately, I didn’t think the results from DuckDuckGo were very good, and I found myself using Google frequently when I couldn’t find what I was looking for,” he said. “So after maybe a couple of months I switched back to Google. I have stuck with Firefox, and that seems to have all but eliminated the tracking.”