SimCity Mod Gives Gamers a Glimpse of What Could Have Been 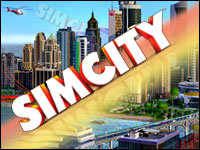 Since it was announced months before its official release that SimCity would require an online connection to play, fans of the urban planning game have voiced their frustration. Their angst only intensified after this month’s launch, which was plagued by crashes and server connection issues that made the game unplayable at times.

Game developer Maxis and publisher Electronic Arts worked hard to rectify the issues, and as of this week, SimCity gamers were by and large happily building, zoning and managing their creations. However, a game modder using the moniker “UKAzzer” created a demo that suggests the game can be played in an offline setting.

So with a little bit of package editing within SimCity, and a little playing about in the code, it’s possible to enable debug mode. I linked the activation to the “Help Center” button in the main menu for ease. Most debug features are disabled without having an actual developer’s build (they have terraforming tools etc. available in the full developer build!), but a few things do still work — including editing the main highways.

Not only that — but you can edit the highways ANYWHERE — even outside of your city boundary… and even if you quit the game and log back in later, it’s all saved safely on the server.

This shows that highway editing will be easily possible, AND that editing outside of the artificially small city boundaries should be very viable too.

Other things I have modded out with a quick change: Unlimited time to remain disconnected (won’t get booted at 20 minutes, can now be disconnected “forever”). Population count now shows REAL figure, not the “artificially inflated” figure. My large cities have a population of about 15k now, not 100k 😛

This seems to contradict the game maker’s claims that SimCity needs a persistent connection to play due to factors other than DRM (digital rights management).

The version of the game modded by UKAzzer reportedly runs in debug mode, which is usually used by programmers to find and later fix problems in the code.

“How stable it is has yet to really be seen,” said independent videogame industry analyst Billy Pidgeon.

The modder “probably could make it offline, but programming games is a complicated thing,” he added.

“I’ve worked with programmers who have gone into another game designer’s code, and it has proved not to be that easy to change,” Pidgeon told TechNewsWorld.

SimCity is not the first game to require a persistent connection to play, even in single player mode. Valve Software’s Steam service requires players to log in to play games, but for all other purposes, they’re played in an offline capacity. Steam was created as a way to combat the issue of digital piracy, but couldn’t a common ground be found to allow for limited offline play?

“There are good arguments for always-online games, but being able to play a game like SimCity on an airplane is a good argument against requiring it to have that always-on connection,” said Paul Semel, editor of Electronic Gaming Monthly. “The reasoning for DRM protection is a good one, but there has to be another method.”

“There have been similar games that didn’t need to be online to play,” Semel told TechNewsWorld.

However, given that SimCity has incorporated a virtual global economy where gamers can build their respective cities next to other players’ is a reason for requiring the connection.

“It is part of the game design to have this level of interaction with other players,” Pidgeon emphasized. “I do buy that it is difficult to change the game to remove this online requirement. It is EA’s game, so it is up to them what they want to do with it.”

Still, it is not entirely clear if the online connection is entirely necessary for the reasons given.

“[There is no] reason the calculations had to be done on remote servers,” said video game analyst Mark Baldwin of Baldwin Consulting. “Servers in this case serve two purposes. The first is theft protection. The second would be social communication, which would not have to be necessary for SimCity.”

“The DRM issue is not new,” Baldwin added. “It has caused problems before — Spore comes to mind — and it certainly can and does lose sales.”

“[Annoying] the customers also affects future sales,” Baldwin noted. “I’ve always tried to be as accommodating as possible to the game player when I’ve implemented protection schemes, but others think differently.”

UKAzzer’s demo suggests the sandbox mode, which doesn’t utilize interaction with other players, could have been offered as a SimCity option.

“The requirement for the connection doesn’t mean EA is wrong. This just shows that if EA wanted an off line version they could,” Electronic Gaming Monthly’s Semel stressed.

“I wonder whether we would have seen this brouhaha if the game worked from the beginning and EA didn’t have the server problems,” he added.

Why wasn’t EA better prepared to handle the massive immigration to SimCity at the beginning, having decided that the online connection would be required? The flubbed launch was reminiscent of big PC game debuts a decade or more ago, when server issues were often just one of many problems with so-called “finished” games.

“It wasn’t right then, and it isn’t right now. If it is in the box, it should be finished,” said Pidgeon. “This is a mass market title, so it should work as soon as it’s loaded. If you are a large company like EA, you should be ready for the tremendous success.”

Nor should the DRM issues be totally blamed for this hiccup.

“It is the negative consequence of the requirement of it having to be online, which is more than just DRM protection,” Pidgeon stressed, “but really, this is just a case where the servers weren’t ready for that amount of demand.”

With the server issues resolved, the question is whether mods could make it possible to play offline, and whether that might lead to other problems.

Those who do mod the software can’t expect their changes to have perfect results. While many games now allow and even encourage mods, game publishers do warn consumers that results may vary and are beyond their control.

“If you mod a game, you should expect it to break,” said Pidgeon. “That’s the way it ought to be.”