Sony Kicks The Last Guardian Down the Road Again 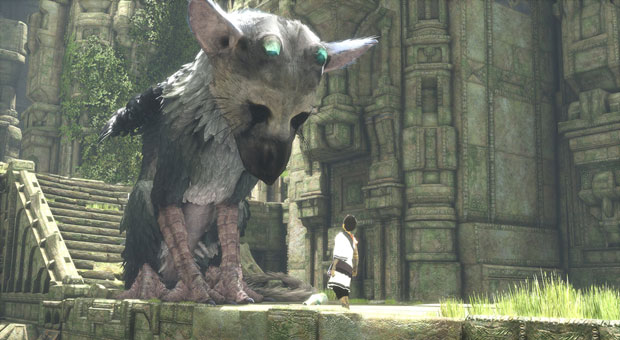 The first wave of previews for Sony Interactive Entertainment’s long-in-development video game epic The Last Guardian appeared following a demo at the Tokyo Game Show earlier this week, and reactions were mixed.

Much of the coverage of this Sony PlayStation 4 game, first announced at E3 in 2007, has focused on its long development process and delays.

The Last Guardian originally was to be a follow-up to Fumito Ueda’s Shadow of the Colossus, but after years of development twists and turns that resulted in nothing more than vaporware, it seemed possible the title never would be released. The creators slipped into silent mode about five years ago but reignited hope with an appearance at this year’s E3.

Although Sony once again pushed back the release of The Last Guardian — this time to Dec. 6 in North America and Japan, and Dec. 7 in Europe — it did offer a new trailer as a way to maintain buzz over the title.

In addition, SIE finally allowed a handful of reviewers to have some hands-on time with a 45-minute demo that highlights the gameplay in what could be one of the most ambitious video game titles to date.

Delays in video games are commonplace, but rarely do development setbacks wear on for as long as a decade. One notable exception is Duke Nukem Forever, which was announced in 1997 and released in 2011. It then proved to a critical disappointment — and that is a portent that SIE may have a hard time avoiding.

“I’ve felt a growing sense of exhaustion toward The Last Guardian from the gaming public,” wrote Philip Kollar for Polygon.

“It’s not that there aren’t fans eagerly awaiting the game,” he added. “But on the other hand, The Last Guardian’s absurdly drawn-out development cycle is difficult to ignore.”

Those who have had a chance for some hands-on play found The Last Guardian a mixed bag — innovative but lacking polish. The latter point could be telling, given the time that has gone into this title’s development.

On the plus side, “the game looks beautiful, its environments are stunning, and its puzzles are clever and satisfying, often with multiple layers to figure out,” wrote Polygon’s Kollar.

Because of its beauty and depth “The Last Guardian could well be a worthy successor to Shadow of the Colossus and Ico before it,” added Sam Byford, writing for The Verge.

Yet, problems do remain. The single-player, action-adventure game tells the story of a young boy and his giant feathered friend, who aids him throughout the journey. Much of the overall story still remains a secret, but puzzle-solving is a key component. The lack of polish could cause this ambitious title to crash and burn.

“This feeling of uncertainty is amplified by the puzzle design and control system, both of which are a lot looser than you’d find in a game like this,” noted Byford.

Despite the delays, SIE has managed to generate significant buzz for the game, and it has continued to gain momentum following the release of the latest trailer.

“One obvious driver of interest here is that The Last Guardian is a first-party title, and such games are often expected to set a high watermark in terms of game quality,” said Steve Bailey, senior analyst for games at IHS Markit.

“More than that, The Last Guardian has a lengthy lineage — it’s the pseudo-sequel to a pair of PS2 adventure games, Ico and Shadow of the Colossus,” he told TechNewsWorld.

“These games were revered during that era, for their unique atmosphere and narrative directions,” Bailey added. “The Last Guardian’s appeal lies in its promise to offer something with a unique atmosphere and story — but also its intriguing use of a huge creature that accompanies the game’s protagonist.”

It does seem that The Last Guardian may have fallen into the trap of being more ambitious than the technology can deliver. Worse still is the fact that gamers may expect something truly revolutionary, given its 16-year development cycle.

“It’s been overhyped, and this is a serious problem for any product. It may have overset expectations, making even a decent effort unacceptable,” said Rob Enderle, principal analyst at the Enderle Group.

“Initial game play is reported to be difficult and frustrating, and that too is not a good sign of success for a game — and likely one of the reasons why it is being delayed,” he told TechNewsWorld.

“While it is certainly an ambitious project, it would be a tremendous letdown to meet current anticipation with a mediocre or buggy game,” warned Joost van Dreunen, principal analyst at SuperData Research.

“We’ve seen what it did to Ubisoft when it started to release Assassin’s Creed on a yearly schedule,” he told TechNewsWorld. “Eventually they had to pull back. The right approach to The Last Guardian is to take the extra time, even if fans start to get impatient.”

Patience on the part of gamers also could result in setting the bar too high.

“Products like this often have to be scaled back to meet release dates or contain budget, but if the expectations are set on what initially was intended, the result is the game looks crippled — and people don’t buy crippled products,” warned Enderle.

“The Last Guardian was initially revealed for the PS3 several years ago but has since seen multiple delays pushing it onto the PS4,” noted Bailey.

“When a game goes through a repeated delay cycle, it’s often seen as a worrying sign by the fans,” he said. “As for it living up to the hype, reports from people who played it at E3 were mixed. There was much to like, but also several notes of caution, and that may be what underpins this most recent delay.”