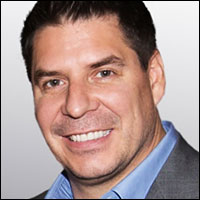 Hesse’s replacement was expected, as Sprint has been hemorrhaging customers and piling up losses for some time. While being crushed at the top by Verizon and AT&T, it has lately been taking kicks in the shins on the low end by a feisty T-Mobile.

“This was a mutual decision by Dan Hesse and the Sprint board of directors,” Sprint spokesperson Doug Duvall told the E-Commerce Times.

“All believed a change in CEO would be in the best interest of the company,” he continued. Hesse “leaves a solid foundation in place.”

“The timing [is right] for putting in place a new, entrepreneurial CEO as [Sprint’s] network is readied for a new marketing push, and [its decision] to not pursue an acquisition of T-Mobile makes sense,” Susan Welsh de Grimaldo, a research director at Strategy Analytics, told the E-Commerce Times.

Why the Change at the Top

The absence of a transition period between CEOs could have little significance — or it could reflect some boardroom heat over the move.

“Dan Hesse was going to relinquish the position after the merger with T-Mobile anyway,” Courtney Monroe, a group vice president at IDC, told the E-Commerce Times. “This provides an opportunity for Sprint to implement a new strategy.”

On the other hand, Hesse perhaps was caught between Son’s demand for more growth and BCG’s Rule of Three and Four, suggested Joe Hoffman, a practice director at ABI Research.

“I suspect Mr. Hesse had the impossible assignment of making this [T-Mobile purchase] happen or else,” Hoffman told the E-Commerce Times. “Now we have that ‘else.'”

Personalities may have played a role as well.

“Both Son and Hesse are very strong-willed CEOs,” said industry analyst Jeff Kagan. “They have a mutual respect for each other, but that was not enough.”

Son “has been unhappy with Sprint’s management and the culture at Sprint in general,” observed Chris Antlitz, a senior analyst at Technology Business Research (TBR). “It is no secret that [they] have butted heads over company decisions.”

Who’s Claure and What Can He Offer?

“Marcelo [Claure] is a successful entrepreneur who transformed a startup into a global telecommunications company,” said Softbank’s Son. “He has the management experience, passion and drive to create the strongest network and offer the best products and services in the wireless industry.”

Claure founded wireless distributor Brightstar, growing it into a global business with US$10.5 billion in gross revenues for 2013. Softbank last fall paid $1.26 billion for a majority stake in Brightstar.

Claure plans to focus on “becoming extremely cost efficient and competing aggressively in the marketplace … growing and repositioning Sprint,” he said.

He’s “expected to put the squeeze on device suppliers, and wrangle costs out of the supply chain and on the operations side of the business,” TBR’s Antlitz told the E-Commerce Times.

Why No T-Mobile Merger?

Sprint walked away from the T-Mobile merger “because regulators wouldn’t let it happen,” Kagan told the E-Commerce Times.

Sprint “has not commented on a transaction with T-Mobile since it was first rumored late last year and we have never announced a bid,” spokesperson Duvall pointed out.

Claure’s main challenge “will be to define and deliver on a differentiated position for Sprint and convince the American public that its network now means business — its pricing and service offers bring the best value,” de Grimaldo said.

Sprint “has lots of spectrum, but it’s overloaded with 2.5 GHz and … pretty sparse in 700 MHz,” ABI’s Hoffman noted. “They need to get all their spectrum onto LTE as fast as is economically feasible, but that’s hard to do.”

T-Mobile will continue to be a thorn in Sprint’s side.

Claure “really needs to start talking to the marketplace and spelling out his plans going forward,” Kagan suggested. Give us something to watch.”