Taken to Extremes, ‘Right to Be Forgotten’ Is Like Burning Virtual Books

The highest court in the EU last year ordered Google to allow individuals there to request that certain specific information not be reported in Google search engine results, citing their “right to be forgotten.”

Since that court ruling, hundreds of thousands of EU residents have requested that Google eliminate certain information, and Google routinely has complied with many of those requests.

CNIL includes information reported in search results around the world. Specifically, the commission ordered Google to “delist links not just from all European versions of Search but also from all versions globally.” Google is challenging that ruling.

The EU’s “right to be forgotten” court ruling does not affect the underlying media. For example, in the 2014 case that led to the decision, there was no change required to the original Madrid newspaper report about the plaintiff’s tax woes. However, Google was not allowed to provide a link to that newspaper story in its search results.

There is an interesting tension between free speech, historical data (think “recorded history”) and the “right to be forgotten.” Before the Internet, books and news articles captured the relevant data on paper. For instance, Benjamin Franklin wrote during the Revolutionary War, and his writings were memorialized for all future generations to read.

However, books and magazines and the information contained in them are moving into the online world, and search engines are becoming the key to finding that information. Therefore, if the CNIL order stands, and historical information is “forgotten” from search engines, such information may as well not exist at all.

If applied to an extreme, the “right to be forgotten” could amount to information previously available becoming unavailable — similar to destroying libraries or burning books. If the search engine no longer can provide the information, it is like having a library where the books cannot be read.

For example, if the family of a British Revolutionary War general — assuming the family has standing under the CNIL order or any similar ruling that may follow from other countries — were to ask Google to “forget” about the general’s actions in the 18th century, we could lose access to the historical information previously available. Does that make any sense? Not to me.

Why should Google have to limit its search engine scope in other countries? Of course, that’s the current legal challenge that Google is making. It’s not just Google’s problem, I should note. The CNIL order applies to all search engines. However, because Google accounts for 90 percent of searches in the EU, it is the most heavily impacted.

Under the Russian “right to be forgotten” law, according to Reuters, search engine operators must on request delete links to pages that allow access to information about private persons if spreading such information violates Russian laws, if it is false, or if it has become outdated due to subsequent events or actions.

Only time will tell how the Russian law will be implemented and how the search engines will react.

Google believes that the EU’s “right to be forgotten” ruling applies only to its EU websites, such as Google.fr or Google.de.

However, the CNIL now is insisting that Google must remove all “right to be forgotten” materials from all Google search engines, regardless of which country they’re hosted in, and specifically from Google.com.

“This is a troubling development that risks serious chilling effects on the Web,” Google’s Global Privacy Counsel Peter Fleischer last month wrote in response to the CNIL demand.

“The Court of Justice of the European Union (CJEU) established a “right to be forgotten,” or more accurately, a “right to delist,” allowing Europeans to ask search engines to delist certain links from results they show based on searches for that person’s name. We moved rapidly to comply with the ruling from the Court. Within weeks we made it possible for people to submit removal requests, and soon after that began delisting search results,” Fleischer noted.

If Google were to comply with the CNIL’s order, he said, “the Internet would only be as free as the world’s least free place.”

What do you think? Is Google right?

E-Commerce Times columnist Peter S. Vogel is a partner at Gardere Wynne Sewell, where he is Chair of the Internet, eCommerce & Technology Team. Peter tries lawsuits and negotiates contracts dealing with IT and the Internet. Before practicing law, he was a mainframe programmer and received a master's in computer science. His blog covers IT and Internet topics. You can connect with him on Google+. 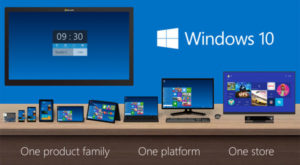