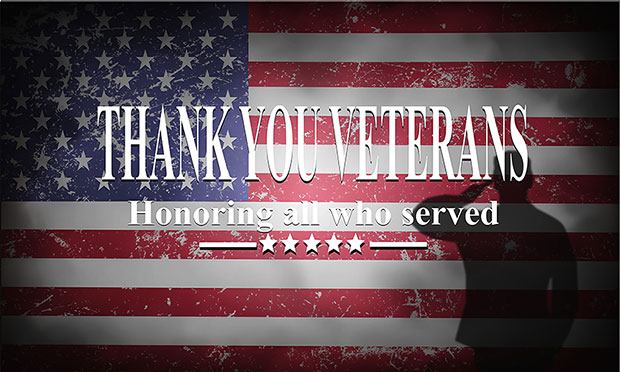 Today is Veterans Day. I got a note last week from Joe Sestak, one of the shrinking field of United States presidential candidates, reminding me that we should observe a moment of silence in recognition of our veterans today.

We’ve asked these people to put their lives on the line for us, and we get a day to offer our thanks. Giving our thanks is the least we can do. So, today, make it a point to thank someone who wears or wore the uniform. For those of you both in uniform and out who protected this still-young republic, from my heart: Thank you for your service.

There are two companies I follow that go far beyond what anyone else is doing to repay U.S. veterans for their service, and in this week’s column, I’ll raise them as examples other firms should emulate. They are Cisco and IBM.

As always, I’ll close with my product of the week: the new awesome Threadripper processor from AMD, because sometimes you want to kick some ass.

I was never in the military, I tried enlisting twice, but my color blindness kept me from jobs I thought I wanted at the time. Years later I realized there were jobs other than being a fighter pilot or piloting a ship that I could have done — jobs that didn’t require differentiating between green and red — but at the time, the recruiter’s only suggestion was to go into accounting, and I didn’t want to be an accountant.

I nearly was drafted during the Vietnam war, but the draft ceased about the time my number came up. I still look at the military as one of my roads not taken and feel strongly that we as a nation should be doing far more than we currently are for those who served.

Members of the armed forces are underpaid, overworked, and put in deadly situations to protect the republic and advance our nation’s interests. They hope we will take care of them like they took care of us, and too often we fail to meet that commitment.

Many leave the service with physical and mental problems that resulted from their jobs, and their training doesn’t easily transition to private life. Most don’t want a handout but a leg up, and our government, under several administrations, largely has failed to live up to our commitment to them.

Several companies have stepped up to help fill the gap, and to me IBM and Cisco stand out in that regard with veteran-targeted programs. Most corporate social responsibility programs are understaffed, and the people running them are overworked themselves. They tend to focus on making it look like they are doing more than they are.

IBM and Cisco are two exceptions. Both firms are putting real effort into making a critical difference.

I met with Gena Pirtle last month to talk about the incredible Cisco Veteran Cyber Scholarship Program, which is available to both veterans and their spouses.

A lot of soldiers don’t make it back. Taking care of their families should be part of any commitment to them, and Cisco stepped up. This program isn’t the only thing it is doing to make the world a better place. It is promoting the use of technology to protect endangered species and to protect against school shootings as well.

Cisco puts employees in a position to help, and Gena Pirtle, who is married to a veteran, raised her hand, as she wanted to help direct the effort. She effectively now runs it. Cisco’s policy of enabling employees to make a difference boosted it into the No. 1 ranking in the World’s Best Workplaces 2019 list.

Cisco looked at what Gena wanted to do, realized her passion was an asset rather than a distraction (as other firms might have concluded), and made her head of a very successful program to acquire, train and deploy veterans — filling positions not only at Cisco, but also at Cisco partners.

As implemented, the program effectively pays for itself, because it makes the firm more productive than it otherwise would be. This benefit undoubtedly both flows to the bottom line and contributes to the firm’s top rating in best workplaces.

IBM has the Veterans Employment Initiative, which promises to employ 2,000 vets by 2020.

This program appears targeted in part at data analytics. It includes software training, certification, and job placement assistance for veterans to ensure they get jobs in this very well-paid job category, which is critically short of qualified employees.

IBM’s commitment to veterans includes many partnerships, and a list of veteran hiring programs. One of the partnerships is with Military Friendly, which focuses on ensuring that companies produce meaningful veteran employment assistance programs.

Another of IBM’s veteran-focused programs, the Hiring Our Heroes Corporate Fellowship Program, is particularly robust, and helps veterans transition from military to private life.

They even have a special program for spouses, the Hiring Our Heroes Military Spouse Fellowship Program, which provides professional training, networking, and hands-on experience to assist transitions into the workforce.

IBM showcases here where and when its veteran recruiting program will take place, and it further fleshes out its Veteran 2K Hiring Initiative.

This effort includes help in writing resumes, using job update and social post alerts, and information on hiring teams designed to engage deeply with veteran candidates so they can understand their unique perspectives, skills and needs. It even includes an overview of hiring technology, so that candidates are prepared adequately.

One nice thing IBM also does, both on stage at events and at this last site, is showcase success stories. At this writing, IBM is showcasing three military hires — two from the U.S. Marines and one from the U.S. Navy — with jobs ranging from procurement professional and information developer to GBS cloud application innovation executive.

Cisco and IBM aren’t alone. Other firms have been stepping up. Michael Dell, for instance, is himself a fan of the military (and has a fascinating background). Dell Technologies has an impressive veteran effort, as well as one of the world’s strongest diversity efforts, run by my friend Brian Reaves.

Today, of all days, we should remember the veterans in and out of our families, appreciate their service, and thank them for it. Some companies are doing more in terms of ensuring training, jobs, and a future — not only for the veterans but also for their spouses, as their service often goes unthanked.

Once again, for everyone who has served this young republic and kept my family and me safe: Thank you for your service!

One of my favorite processors was versioned last week. Back in the early days of the PC market, there was a lot of passion and excitement, and it generated some of the ugliest designs that have ever shown up in any market. Over time we got rid of the ugliness, well most of it anyway, but we seemed to lose the passion.

Intel killed its Bunnymen and stuck Pentium in the bargain basement. IBM and Sony (who were big innovators) exited the market. We stopped lining up for new operating systems, and there didn’t seem to be much passion anymore.

Then AMD brought out Threadripper and kicked Intel’s butt, and suddenly desktop PCs — at least at the high end — were exciting again. 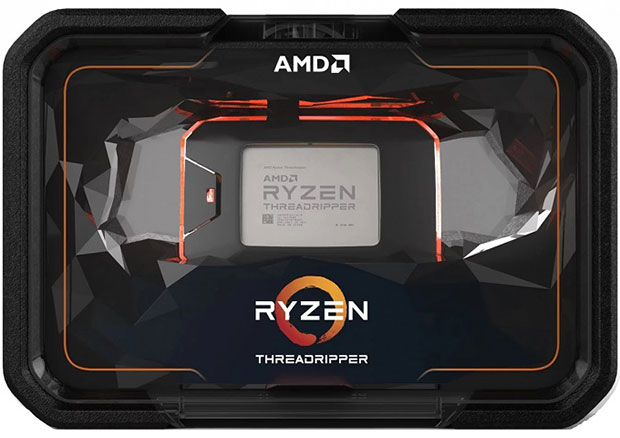 This year brings a new socket, so you’ll also need a new motherboard, but for the folks who chase performance that is never a problem, as they have no problem justifying the extra cost for truly breathtaking speed.

This third-generation Threadripper launched with new and more affordable Ryzen 9 performance parts that also performed with the best in class but are more affordable ($749) and an interesting Athlon 3000G APU that for under $50 is one of the biggest bargains in the segment.

Hell, they had me at the name “Threadripper,” and it is my product of the week.