The Challenge of Growing Your Social Network Influence 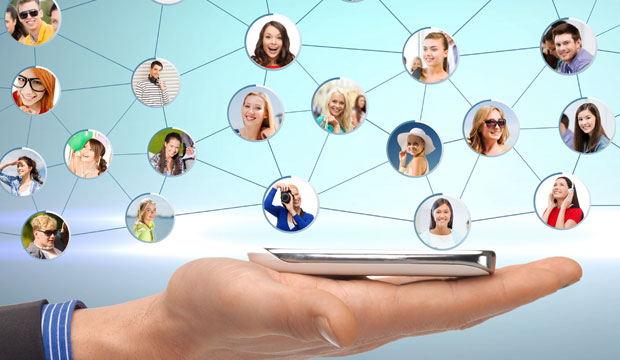 So, you want to increase your social network followers on Twitter, LinkedIn, Facebook and more? Great. Me too. But how? That is the key question everyone wants an answer to. Over the last year or two, I’ve been researching this and trying all sorts of methods. Some work and others don’t.

I have built a respectable following on LinkedIn with more than 100,000 connections, and I have 40,000 followers on Twitter. Over the last year, I have tried many different avenues to continue growing these numbers.

I’ve uncovered an avalanche of advice, but in most cases it has come from people who either didn’t know what they are talking about, or whose methods simply didn’t work for me.

So, I decided to reach out through this column to readers interested in building their social media influence.

Learn From Each Other

For this to be as successful as possible, I urge you to be a participant as well as a reader. You can learn what works and stay away from what doesn’t. You also can share ideas as feedback at the bottom of this column in order to help everyone. If we all participate, we can all continue to learn and build our lists.

Together, we can improve our social network performance and success. We can learn where to invest our time and money. Time and money are our most limited resources, and we don’t want to waste either.

Going forward, I will share with you the things that I am learning. Please join in and share your advice as well: things that work, things that don’t, things that work up front but not in the long term. Only a very few things actually work, but there are all sorts of things to avoid.

I have learned that many successful social network users don’t understand themselves how they did it. That’s one challenge.

Another challenge is that those who have social network success stories typically are not winners on all social media. They may have a large following on Twitter, for example, but not on LinkedIn. This is often the way it works out.

Many very successful users have trouble explaining exactly why they are successful. They can’t be sure what works and what doesn’t, because they have tried so many different ways to build their lists. They can’t identify specifically what they did to get there.

Plus, every social media site changes its rules on a regular basis, so what worked yesterday may not work tomorrow. What that means is that we must continue to learn in order to stay on the cutting edge and grow our follower lists.

There are three main goals to pursue for success on Twitter, LinkedIn and other social networks: 1) get as many followers as possible; 2) get them as quickly as possible; and 3) hang onto them.

You don’t want to take forever for your list to grow or to see many followers suddenly leave. You want to keep growing your list and growing your influence. That’s one thing all influencers have in common.

In the case of social networks, an influencer is someone who has lots of followers. They use their lists to attract interest and in some cases to generate income for themselves through exposure to businesses.

From Ordinary to Influencer

Consider Kim Kardashian. She started out as an ordinary person but built a large list of enthusiastic followers. She became an influencer — in fact, she became social media influencer royalty.

Her power has grown so much that when she turns her back on a company or product, they feel it in lost sales. Her influencer power allowed her to build her own business.

So, what’s your passion? What do you think about and talk about all day long? This may be a good place to start your journey to become an influencer.

If you search Google for ways to increase followers, you will find loads of articles and offers from businesses that say they can help. I have learned that only a very small percentage actually have any idea what they are talking about.

It’s important to listen only to those who are successful influencers. Everyone has an opinion, but very few actually have achieved success.

You must invest time to achieve your goals, or hire someone to spend the time doing it in your name. Make sure you are taking advice that is right for you. Otherwise you will just waste your time and money.

Twitter has been trying to clean out its fake followers. Many people on Twitter have some fake followers, though they may not know it. Fake followers often are generated when you use services to build your follower list, or when you simply follow the lists of others.

Many celebrities, industry experts, politicians and companies have loads of followers and many are likely fake. What we want is to build our list full of real followers. That’s the best way to keep our numbers growing.

It takes time to build your list, so now is the time to get started.

If you want to continue to grow your Twitter, LinkedIn, Facebook followers and more, you must be active every day. If you stop being active, you stop adding. When you stop adding, your numbers drop.

You have a choice. If you want more followers, you must play the game every day. If you don’t, your followers will drop. There is no middle ground. There is no moment when you reach a certain number of followers and then can stop — not if you expect to keep them.

I have watched many friends grow their list of followers over the last year or two from 40,000 to 100,000 to 200,000. Some even have millions. That’s an amazing accomplishment. They love it. Unfortunately, many of them don’t really understand how they did it. Could they repeat their success?

If you talk with them, you can learn what they do every day and follow that pattern. That is often successful. So, find people you know and trust who are successful in this area and take them to lunch. Ask them for help in building your list like they built theirs.

If it were easy, we’d all have loads of followers. It’s not easy, and it’s not quick, but many regular people have learned how to do it and are growing their lists. It’s about time we all do the same thing.

So, contribute your ideas below and let’s all learn from each other. That way we can all keep learning and growing our social media follower lists and become powerful influencers.