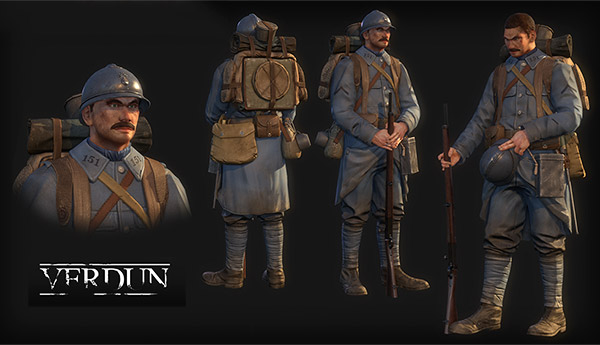 Last year marked the 100th anniversary of the start of the First World War. Known to its contemporaries as “The Great War,” it claimed the lives of more than 10 million soldiers and about seven million civilians in a span of just more than four years — ranking it among the deadliest conflicts in human history. With these numbers in mind, it’s understandable that WWI might be a taboo subject for entertainment purposes.

Yet, war is often the setting for games. As a fictional character in a science-fiction drama uttered, “Wars do not make one great,” but we have to accept that wars are often the settings for action-packed stories. World War II had a total body count that far exceeded that of World War I and yet it has been the subject of countless games.

World War II of course has those epic moments of triumph, from the D-Day landings, to the island hopping in the Pacific, to the small but tactically important Commando raids behind enemy lines, to the largest tank battle in history. World War II also had the Nazis, real-life villains that rival any fictional evildoer.

“We have been somewhat blinded by the even bigger [events] of 1939-1945, which have captured the imagination of both individuals and Hollywood,” said military history author Stephen Bull.

“It was pivotal in world history, granted, but it’s hard to get the gamer community interested in history that seems so remote, and the nations/issues involved so difficult to understand without a firm academic grounding in history,” Dye told TechNewsWorld. “It’s easier and more popular to deal with more contemporary and popular conflicts.”

Still, it is fair to say that game developers have missed an opportunity with World War I. It was the first conflict to see aircraft used in combat, the first to see tanks and other armored vehicles make an appearance on the battlefield, and the first war in more than a century to completely draw in the major powers of the world. WWI should be a setting ripe for action games, simulations and strategy games.

Perhaps the greatest irony is that the years leading up to World War I would make an excellent game in its own right, with the interconnected alliances and treaties, nationalist movements and territorial ambitions. Even 100 years after the conflict began, historians still can’t agree about why the war started!

Such a setting seems perfect for a strategic game, and once the conflict begins it would be ideal for tactical gameplay, as well.

“It is curious that game producers have overlooked the Great War,” said John Adams-Graf, military history author and editor of Military Trader.

“The combat of 1914-1918 can be replicated in so many aspects: from the maze-like trench systems and man-on-man combat during trench raids, to dashing across obstacle strewn no-man’s land during massive bombardments and machine gun volleys, so much of the warfare lends itself to almost arcade-level gaming,” Adams-Graf told TechNewsWorld.

“On a different level, the progression from Napoleonic-era tactics to coping with new inventions of destruction, such as airplanes, chemical warfare, focused underwater campaigns, automatic small arms, and long range bombing, lend itself to campaign-style gaming.

“Throw into the mix the many political and military personalities, such Kaiser Wilhelm II, Archduke Franz Ferdinand, King George V, Douglas Haig, Ferdinand Foch, Black Jack Pershing and others, the period of the Great War becomes a fertile topic for in-depth strategy or empire-building types of games,” he noted.

The First World War is most remembered for its mud-soaked trenches that truly resembled hell on Earth. While it’s true that trench warfare cost millions of lives, it was limited mostly to the Western Front. WWI was truly global and had many unique stories — many of which would make great settings for a game.

In Africa, German troops under the colorful General Paul von Lettow Vorbeck led a nearly four year campaign of retreating and running from British and South African troops, essentially tying up thousands of Allied soldiers that could have been used elsewhere. Von Lettow Vorbeck “surrendered” in November 1918, after which the armistice was signed and the fighting ended. He returned to Berlin a hero for never being defeated in the field.

The tales of Major T.E. Lawrence were chronicled in the movie Lawrence of Arabia, while America’s somewhat famous “Lost Battalion” was made into a TV movie. Either story would be a good theme for an action-packed game.

“Developers are missing a thing or two such as trench raids orspecific battles — Belleau Wood, Chatteau Thierry, Meuse Argonne, among others — that could be presented as interesting and enjoyable games if they were carefully designed and limited to an action that has an understandable focus and progression,” explained Dye.

Too many specifics, however, could turn off some players before the game even begins.

Those battles “would require a campaign to generate knowledge of, and interest in, WWI history,” added Dye. “Of course, one aspect of WWI which would present lots of run-and-gun action would be a game based on the air war of the period.

“Frankly, I’m surprised that the developers who specialize in aviation game playing haven’t grabbed at that opportunity,” Dye noted.

In fact, World War I aviation games have scored hits in the past onconsoles and on the PC. Thus, it is somewhat surprising, given today’s improved graphical capabilities, that developers haven’t taken to the skies again.

While the major powers of the world were mostly all drawn into the conflict — the most notable “empire” not involved in the war was Spain — the irony in the world of video games is that the major publishers and development studios, including Activision and Electronic Arts, are sitting it out for now.

This has actually allowed independent publishers to make their mark with WWI games. Among the few World War I games to hit the mark is the first person shooter Verdun: 1914-1918, which is set in the trenches on the Western Front, and the strategy game Making History: The Great War, which was released in beta this past January. 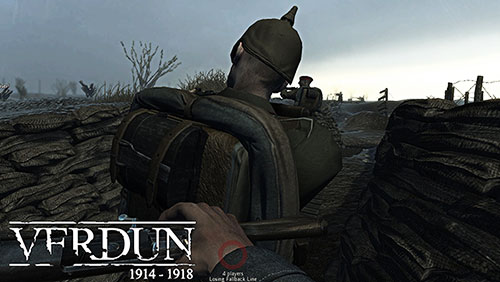 Both games are impressive visually and are available now while still in development — as part of Early Access on Valve’s Steam gaming service.

While EA’s World War II franchise Medal of Honor did a decent job with settings, some gamers found the attention to detail to be lacking, looking more like a Sgt. Rock comic book than HBO’s Band of Brothers. Here, Verdun’s creators tried to go the extra mile in ensuring accuracy.

“The research itself was done on several levels,” said Jos Hoebe,founder of BlackMill Games.

“Well what we tried to do with Verdun is getting all the historical details correct and represent as much historical accurate content as possible,” Hoebe told TechNewsWorld. “Simply said, we wanted to cover the whole picture, hence the choice for the representation of the evolution of the uniforms tied to squad levels.”

The development team at BlackMill and its partner M2H Studios also traveled the actual locations where the war was fought in France and Belgium.

While the major development studios have moved forward to modern day conflicts, notably with the Medal of Honor and Call of Duty series, the makers of Verdun have gone back in time, in part for what it offers to gameplay.

“From a game perspective WWI also matches closer to the experience we want: We want strategy and aiming to matter, instead of mindless running and spraying bullets,” Hergaarden told TechNewsWorld. “This is well reflected in the trench warfare and the fact that the majority of the weapons are rifles.

“Still it does surprises us almost no one else is making WWI games, since it makes so much sense for us,” he added.

Since being released in beta in the fall of 2013, Verdun has slowly gained interest with gamers, suggesting that its indie developers might just be early to the Great War’s gaming front lines.

“Large scale customer base makes large scale research and development possible, so I do think there are interesting games to be had from WWI yet to come,” Bull told TechNewsWorld.