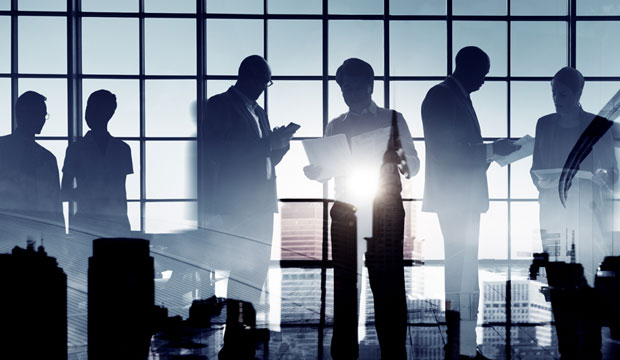 When Intel released its diversity report last week, it got pounded for the lack of diversity in its executive staff.

Intel is one of the few companies being transparent about diversity. Given that lack of diversity is the problem we want to solve, the bashing is stupid. It is only going to make it harder to address the problem. In effect, Intel did the right thing and was punished for it.

Like individuals, firms will be less likely to do the right thing if punishment will be their reward. Given that we’ve been working since the 1970s to fix this problem, largely unsuccessfully, it strikes me that taking positive steps to make progress is a more prudent approach than beating up companies that are doing the right thing.

I’ll focus on that topic and then close with my product of the week: the AMD Radeon RX 5500 XT graphics cards.

Change and the Transparency Problem

We are hardwired to avoid blame. I have a cousin who seems to believe that if he spends enough time avoiding blame he’ll win life, while my view is that if you take the time to do something right in the first place blame no longer matters. The outcome is far better because there is no mistake to cover up.

However, to fix a problem you first must make it visible. You must measure it, and you then can show progress toward fixing it.

When we focus on blame, we provide incentives to cover up problems rather than solve them, and this is a huge problem in business right now.

If you take a close look at the issues surrounding executives who have been abusing women for most of their careers, you typically will see a failure to address warning signs early on. At some point, there seemed to be no choice but to cover up the problem.

If you catch and correct behavior like this early on, you have a far higher probability of preventing incidents that ultimately will harm the abuser as well as the abused — not to mention the company — than if you ignore the problem early on and then cover it up when it becomes catastrophic.

Further, covering up this stuff when it becomes catastrophic clearly is not working any more in the age of social media.

Now Intel’s initial diversity report doesn’t look that good, but realize this industry has been largely male for decades, and there is a significant history of women being abused in it. If you or I had a daughter, we’d have been idiots to recommend they become engineers, and our peers have done a pretty good job of keeping women out of this field.

This isn’t a problem that can be fixed overnight, because it goes back to the beginning of the segment. You can’t wave a magic wand and correct the lack of qualified female engineers we currently have in the space.

Another issue is that the firm’s initial executives largely are male and none of them is willing to give up their job so the company can achieve gender balance. Think about it, if someone came to you tomorrow and asked you to resign voluntarily to open a spot for a minority, would you do it?

The company could force the outcome by laying off male employees randomly, but assuming they are competent, such a move would destroy employee loyalty. It likely would degrade overall performance as well due to the significant disruptions in working groups. Also, it likely would open the company to litigation, because making a job decision based on sex is illegal, regardless of which way that decision goes.

This is a bigger problem than many realize, because every good working group has one or two people who make that group work. These are the folks who foster communication, who step up when they see a gap in tasks, and who take the extra steps that make it fun to work in the department.

We don’t do a good job of identifying those people, so a random layoff often does far more damage than you’d think, because it can eliminate those critical elements of a team. We often treat employees like they are replicable machines, but they aren’t.

Finally, and particularly when it comes to salary disparity, we have a zero-sum game. This means when you raise the income of one group outside of merit increases, then to keep costs flat, you must lower the salaries of others.

In both cases, the effort likely would die a fast death, because it would have an adverse impact on the performance of the company.

This means that to achieve salary parity in a sustained way, you need to take aggressive measures to increase the number of women in your hiring pool, as well as ensure that new hires are paid evenly regardless of sex.

In short, you must focus on the causes of the discrimination, because you still need to get the best employees you can get, and not let the diversity effort work against the overall success of the firm. You can do both, but you can’t do both instantly.

Wrapping Up: It Starts With Transparency

Intel’s start with transparency was good, but if you don’t want to get shot due to an initial ugly report, you might want to wait until you can showcase significant progress and spend a bit more time talking about the difficulty of fixing the problem in a sustainable fashion. Otherwise, executives likely will be frightened by the negative response and move against maintaining the transparency needed to fix the problem over time.

Sadly, a lot of effort must go into not allowing the reporting to result in negative coverage, because you don’t want your executives to see the report as the problem that needs to be fixed rather than the lack of diversity itself.

I think Intel will stay the course. It is very serious about driving this critical change. However, when some other firms see the feedback Intel got, they might be even more reluctant to provide the transparency needed to fix the diversity problem across the industry.

If we want increased diversity, perhaps we should be less critical of firms trying to fix the problem, and focus a bit more on those that are resisting transparency and progress. Not moving as fast as we would like is better than not moving at all, and there are way too many firms not moving at all right now.

While there are great cards from Nvidia and AMD at the top of the market, most of us can’t afford that kind of money for a graphics card. Yet we still want to upgrade out desktop PCs in order to play our favorite games.

Starting at around US$169, the AMD Radeon RX 5500 XT Graphics Cards provide a ton of performance for the money.

For a lot of us hiding out from our families this time of year, having a big boost in our PC’s performance — particularly if we have an older card — can make a huge difference with current AAA titles. In addition, a new graphics card is a great way to take an aging desktop PC and significantly boost its performance.

The card also comes with the “Raise the Game” bundle, which has Monster Hunter World and three months of Xbox Game Pass for PC (which should be plenty of time to get through the holidays).

The various vendors building the cards have created some of the best looking low-cost graphics cards I’ve ever seen — I like the XFX best myself — which is important if you build your own PCs like I do.

For a couple hundred bucks you can take your aging PC and boost it significantly, so AMD’s Radeon RX 5500 XT Graphics Cards are my product of the week.