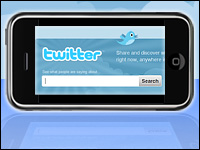 A tweet that may prove sweet for Google’s bottom line has sparked discussion about what constitutes public relations in the age of social media.

Alongside his Twitter Bio — “It takes about 140 liters (37 US gal) of water to grow the coffee beans needed to produce one cup of coffee” — Arubin hardly seems the august, consequential figure public relations professionals would normally put forth.

However, in the age of 140-character social media bursts unfettered by the demands of press releases, careful wording, and targeted news placement, what matters isn’t how the message — or messenger — is groomed, but the people it reaches.

“It’s not at all surprising that Google would use Twitter for product-related statements,” Andy Tannen, director of strategy and development for MSL Group, told TechNewsWorld. “Twitter is becoming almost another wire service, with hundreds of reporters, elected officials, financial analysts and other influential people using it.”

“Social media today has forever changed the public relations business,” added Ronn Torossian, president and CEO of 5W Public Relations. “If you are the right kind of persona, you can tell your story instantly.”

Jobs had earlier criticized the downside of Android’s open source system. Rubin’s widely reported retort was another example of his whimsical yet effective approach to public relations. It also represents an ongoing public relations revolution that started with a migration to Web-based services such as Newswise and Eurekalert.

“It is becoming more and more prevalent to release information via the social network, where you are targeting an engaged and substantial audience,” O’Donnell told TechNewsWorld.

“It’s to be expected that businesses will use all means possible to generate their buzz online, and Google is just setting the pace,” added Vivian Hood, a vice president with Jaffe PR.

Commonly criticized for a national short attention span, Americans in particular have taken to Twitter and other social media platforms as “messaging has evolved into short, to-the-point bursts of information,”explained Rob Douthit, director of media relations at the University of West Georgia. “Where long, more contextual missives were the norm, social media is all about immediacy, and for organizations looking to disseminate timely messages, it has become an important factor.”

In the wild and often weird Web world, however, the tool that measures is also the tool that delivers — the ability to speak to millions of people at once. Even for budding social media mavens like Andy Rubin, with only two tweets to his moniker, reputation alone is enough to be heard.

For high-profile clients in crisis who can pivot off their notoriety, social media is a powerful tool for fast and effective messaging, Torossian told TechNewsWorld.

“We’ve encouraged some crisis clients to tape their own interview and release it on YouTube, rather than sit for an interview with Larry King or Barbara Walters,” he explained.

While a press release can yield dozens of articles and blog posts, a social media message can be “shared much, much faster,” he told TechNewsWorld.

Even in the staid, button-down world of corporate law where she consults, Jaffe PR’s Hood says public relations boundaries are becoming blurred. Instead of press releases, news outlets depend on micro-blogs for story ideas, and “the use of social networking sites for major corporate announcements has become a natural evolution for directly reaching audiences.”

The success of Twitter and Facebook in the corporate world “is well documented,” added Elizabeth Lampert, CEO of Elizabeth Lampert PR. “Companies such as Comcast, Dell, JetBlue — and even Shaquille O’Neal — have reinvigorated their brands using these services.”

Drawbacks lurk, however, in such a direct-reach medium — most notably the medium’s directness.

“Because the social network is so pervasive, there isn’t as much of a filter,” said the Marino Organization’s O’Donnell.

That “rule of the road” may be the most important rule of all, said 5WPR’s Torossian, who said he has had clients “mess this part up.”

“I advise my clients to remember one thing when they put their message on social media,” Torossian explained. “Once you say it, it’s hard to take it back. For good or bad, your information is out there, unfiltered, for everyone to see.”