The Sky Is Droning 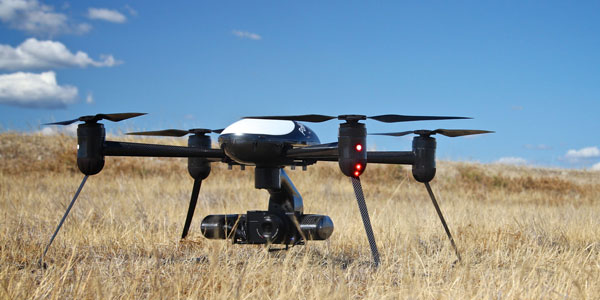 To incorporate the devices in film and TV production, the companies will be required to hold private pilot certificates, keep their drones within line of sight at all times, and restrict flights to a so-called sterile area. An inspection of the aircraft will be required before each flight, and nighttime operations will be prohibited.

Among the companies included in the exemption are Astraeus Aerial, Aerial MOB, HeliVideo Productions, Pictorvision, RC Pro Productions Consulting dba Vortex Aerial, and Snaproll Media. The FAA has asked for additional information from Flying-Cam, and is working closely with the company toward that end.

The Motion Picture Association of America facilitated the exemption requests on the seven companies’ behalf.

“Today’s announcement is a victory for audiences everywhere, as it gives filmmakers yet another way to push creative boundaries and create the kinds of scenes and shots we could only imagine just a few years ago, said Chris Dodd, chairman and CEO of the MPAA.

“Our industry has a history of successfully using this innovative technology overseas — making movies like Skyfall and Transformers: Age of Extinction, to name a couple — and we are proud to now be on the leading edge of its safe commercial use here at home,” he added.

The potential of drones is being tested on many fronts today.

Amazon and Google, for example, both have been experimenting with the devices for delivering parcels and packages, and DHL reportedly is using one — dubbed a “parcelcopter” — to deliver packages to the German island of Juist in what’s apparently a first for the delivery of goods in Europe.

Drones also have figured in rescue operations. The Draganflyer X4-ES UAS pictured above, for example, has been credited with saving a life after locating an unconscious 25-year-old man two miles away from thesite of his crashed vehicle. Two hours of searching with a conventional helicopter had turned up no trace of the driver.

Drones are reliable and complex machines, said Steve Abdu, executive vice president of technology and training at Expert Aviation Consulting and the owner of several drones.

“Anyone can order one at this point, and they’re doing some silly things with them,” he told TechNewsWorld.

Drones’ advantages for film and photography, however, are significant, Abdu pointed out: “They’re a lot less expensive than a helicopter, and they offer a lot more flexibility to get into a lot of locations where a helicopter couldn’t.”

The FAA and local governments “really need to do more to establish regulations around the use of drones, because they are coming whether we are ready or not,” Jim McGregor, founder and principal analyst with Tirias Research, told TechNewsWorld.

“Everyone from film crews to hobbyists is getting on the drone bandwagon,” he said.

While Amazon garnered headlines early on with its exploration for delivery purposes, “the potential extends much further,” McGregor added. “I would expect to see them primarily in more practical applications first, such as traffic management, emergency response, surveillance, reporting and film-making.”

Delivery, however, eventually could prove to be “a killer app, and one that may signal the end of traditional retail stores,” he said.

Next Up: Flying Cars

Professional-quality drones are “arguably safer than helicopters because they represent far less danger of injury if they fall, and they are both far less expensive and more maneuverable as well,” said Rob Enderle, principal analyst with the Enderle Group.

“The end result is folks are scrambling to find all kinds of uses for them, but the FAA isn’t at all set up for the kind of air traffic that would result if suddenly hundreds of thousands of drones took to the air,” he told TechNewsWorld. “There is no easy or fast fix for this, either — even the laws surrounding flying and privacy aren’t ready to deal with this influx yet.”

The good news is that drones represent a bigger problem than personal flying vehicles do, so “if they can solve drones, it will open a huge door to the opportunity of flying cars,” Enderle predicted.

“Cars and drones are actually tightly interrelated, because the technology being used to enable self-driving cars — where the car itself becomes a major component of the regulation system though internetworking — is likely the best path to solving the drone problem quickly as well,” he added.