The screwy thing for me is that Huawei represents a far greater threat to both companies than they represent to each other. In fact, I’m really starting to wonder if Qualcomm isn’t a proxy for Google in this fight, with Apple changing dramatically what its own real goal is.

I’ll focus on this battle royal this week, because Apple, which is in a jury trial in San Diego to determine damages to Qualcomm, apparently just attempted to influence the jury (tamper with?) and I just don’t think that is going to end well. Judges aren’t known for being stupid. Plus, I think Apple should be more worried about Huawei than Qualcomm right now anyway.

I’ll close with my product of the week: the first flying motorcycle you now can order.

Currently Huawei is executing far better than Apple is. I say this because it passed Apple in market share, and its market continues to expand, while Apple’s apparently has started to contract. Currently Apple, which once dominated the smartphone market, is lagging behind both Samsung and Huawei.

Huawei’s success is largely because it builds a very competitive phone that provides more value than Apple’s iPhone does. Huawei also has developed more strategically, in that it builds both the phones and the switches that enable them, and it prices those switches very competitively.

This means that once it gets to critical mass in a market about switches and phones, it could enable unique features that neither its switch nor its phone competitors can match.

While both Apple and Huawei have been implementing lock-in strategies (where you capture the customers and keep them away from competitors), Apple focused on end users while Huawei focused on carriers. Since the carriers own their customers in most markets, this could make Huawei unbeatable, were it not for its one huge exposure.

That exposure is the Chinese government, which owns a significant part of the company and creates the fear that it eventually will take control and turn it into a spying tool. Although I have seen no evidence that this has happened, the company’s ownership structure implies it could, and that has led the U.S. government to blacklist the firm, not only in the U.S. but across the Western world.

However, law enforcement in most Western countries, and particularly in the U.S., isn’t based on whether someone could, or eventually will, break the law, but on whether they have broken it — and it doesn’t look as though Huawei has.

We don’t live in a Minority Report world, where you can hold people accountable for what they might do in the future. Huawei has been significantly hampered, but with proper legal help, it should be able to get off the blacklist. That would be a problem both for Apple and Qualcomm. Huawei has its own 5G technology and doesn’t need Qualcomm’s, and the company it is trying to take out appears to be Apple.

Apple (Is Qualcomm a Proxy for Google?)

What is very strange about Apple’s obvious attempts to put Qualcomm out of business is its rationale. Qualcomm isn’t a direct competitor. It provides much of the core technology that makes smartphones work — particularly high-end smartphones like the iPhone.

What if Qualcomm is a proxy for Google? Google is massively powerful, and Apple’s attempts to carry out Steve Jobs’ wish that Google be punished for violating his trust largely have failed.

However, the offending platform, Android, which Apple feels was stolen from it, depends on hardware technology — and the company that provides most of it is Qualcomm. Critical to this is that Qualcomm uses its revenue from licensing to do R&D, and that R&D is mostly carrying the high-end part of the Android platform.

If you could cripple that, you likely could reduce the competition for iPhones dramatically. Given that much of that competition is lower-priced, it would take a ton of price pressure off Apple while creating an opportunity — a strong opportunity — for Apple’s expansion.

Yet Huawei, as I noted above, doesn’t really need Qualcomm, and Huawei is a bigger threat to Apple than Samsung is, thanks to its position in China, which is the fastest-growing and arguably biggest potential market for smartphones.

Qualcomm could be a better defense against Huawei, since its technology significantly exceeds what Apple currently has. Apple is depending on Intel in the short term, and Intel has been running around a year behind Qualcomm. Intel doesn’t have the industry power, and it’s likely that Apple accidentally crippled Intel when it allegedly gave Intel Qualcomm’s technology so Intel could close the 4G/5G technology gap.

Qualcomm found out about it, and if Intel is found guilty, it may be knocked out of the cellular modem market. This is the danger when you steal technology; the downside to getting caught is that it can be catastrophic for the thief.

All of this benefits Huawei, which has Apple in its sites.

Apple’s sales have been under pressure, and Apple has stopped reporting sales volume in an apparent attempt to conceal that volume sales are declining and revenue growth is mostly coming from price increases.

This is problematic, because there is undoubtedly a high limit to how much Apple can charge for its smartphones and related services. In other words, it can’t increase prices indefinitely, particularly as lower-cost vendors like Huawei continue to underprice it.

At some point, Apple’s customers will start to hold on to their phones longer, which appears to be the case now, and eventually jump to another vendor to avoid being on an ever-increasing and noncompetitive price cycle.

On top of that, the aggressive hostile actions against Qualcomm have cost the company millions, both in terms of legal costs and in lost iPhone sales, and the firm has been partially blocked from selling phones in China and Germany. As I write this, those blocks likely will be increased.

In addition, Huawei, thanks largely to the U.S.’s incessant attacks on the company, has become a hero to the Chinese people, and Apple effectively has been blacklisted in China.

If this trend continues, Apple could be locked out of China, the fastest-growing and biggest potential future market, , regardless of what Qualcomm does. That would crater Apple’s valuation and likely force an involuntary CEO change. In fact, I expect that if something doesn’t change, Tim Cook will be gone within 18 months.

Apple appears to be getting more and more desperate. The obvious attempt to influence the San Diego jury, which really has an incredibly high risk associated with it, is a case in point. Apple also appears to be behind the FTC challenge against Qualcomm. The FTC eventually will figure out it has been acting against the interests of the nation, particularly given that it has been approached by both the U.S. Defense Department and the Department of Energy on that topic.

Granted, the U.S. government does often seem to be at war against itself, but this seems unprecedented. Having Apple on the wrong side of the U.S. Defense Department is, in and of itself, problematic for the company.

Huawei represents a massive threat to U.S. technology dominance. Efforts to brand the company as a bad actor clearly have had an impact, but Huawei has plowed right through them, indicating that if it could get the U.S. to stop, it likely would be unbeatable.

Huawei appears to have a strong case for the U.S. to stop, and China could make leaving Huawei alone part of its deal to end the tariff war, which is going really badly for both countries at the moment (and could cost Trump the Presidency).

Given that Apple is the aggressor, it really should rethink its battle with Qualcomm/Google and focus on the bigger long-term threats: its inability to increase prices indefinitely; and Huawei/China, which together massively outresource Apple.

If something doesn’t change, tech market dominance likely will transition from the U.S. to China, with the Huawei/Apple battle being the harbinger of that change. Hopefully the next CEO at Apple will be able to intervene in time, but I doubt it.

OK, we are clearly in the world of science fiction, because last week Jetpack Aviation opened up preorders for its diesel/kerosene-powered flying motorcycle, the Speeder.

With a ceiling of 15,000 feet and a top speed of 150 mph and four turbojet engines, this thing is wicked cool. It only has 20 minutes of flying time, suggesting that if you are at 15,000 feet and a quarter tank you better like pancakes, because you are about to be one. 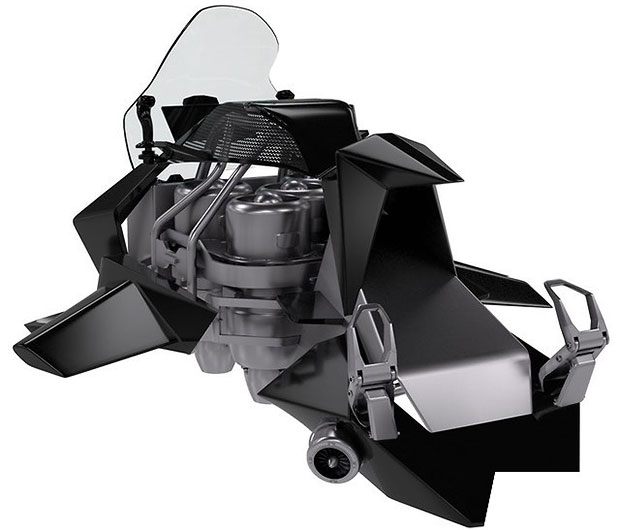 Jetpack Aviation’s Speeder
It is computer-operated, which means little or no training will be needed. (To me, that suggests you want to be watching one of these from a distance.) It even looks good — not like most flying vehicles in development, which are butt ugly.

It doesn’t look like the most comfortable thing you could fly, but given the entire 20 minutes largely would be taken up with you saying to yourself “don’t crash, don’t crash, don’t crash, OMG I’m almost out of gas,” I don’t think that will be a huge problem. In fact, the lack of comfort might keep your mind off that whole pancake outcome thing.

There is even a commercial-like video of the thing. Granted, it is rendered, which suggests actually getting the product is a couple of years out, but it looks like it also will have the ability to fly autonomously.

At just under US$400K, this likely won’t have you trading in your Jet Ski or regular motorcycle anytime soon, but imagine pulling up to a party, campsite or event in this puppy. You’d be an instant celebrity, and $400K is pretty cheap for instant celebrity status.

While I think I’ll hold off personally on putting my name on the list to buy one of these, it pretty much floats to the top of my lust list, making the Jetpack Aviation Speeder my product of the week. 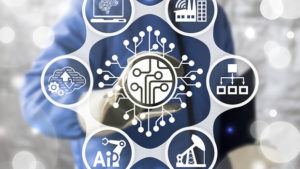