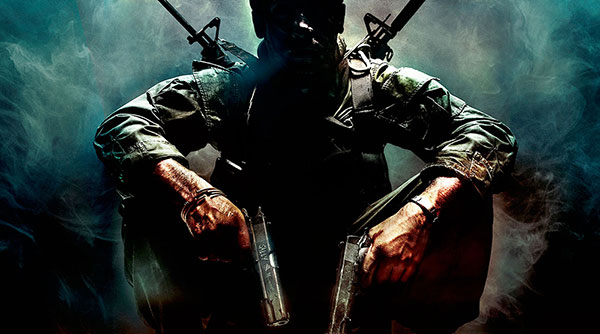 Activision on Monday announced the launch date for Call of Duty: Black Ops III — Friday, Nov. 6. The company is departing from its tradition of Tuesday releases. Instead of conflicting with school and work schedules, the Friday release will give players the weekend to dive into the sci-fi shooter and get a feel for the new gameplay mechanics.

Players will assume the role of an augmented super soldier in a world filled with drones, androids and other transhumans. In the multiplayer version, the augmented soldiers can chain together movements, based on momentum, to keep the action frenetic while allowing the player to feel completely in control.

3 Years in the Works

Black Ops III is the second game in the Call of Duty franchise to enjoy Activision’s three-year development cycle. The series often has been derided as being too iterative, due to its annual releases. With Black Ops III, Treyarch gets its crack at breathing life into the franchise.

This year’s Call of Duty is the most ambitious project Treyarch has ever undertaken, according to Studio Head Mark Lamia. Coming from the studio that developed Call of Duty’s beloved World at War, that statement carries a ton of weight.

“We’ve been taking advantage of the three-year development cycle by pushing our game design forward in every way imaginable, crafting all-new experiences, mechanics, systems and characters, all in the deepest Call of Duty that we’ve ever made — this really is like getting three games in one,” Lamia said.

Black Ops III is completely untethered from the Xbox 360 and PlayStation 3. That and the three-year cycle have enabled Treyarch to give the game the attention it needs, said Rob Enderle, principal analyst at the Enderle Group.

Along with the Assassin’s Creed series, Call of Duty is what people think of at the mention of games that launch annually. Despite a decline in sales over the last few years, Call of Duty games are still driving console sales, according to Lewis Ward, director of games research at IDC.

The Call of Duty titles can be viewed as the console equivalent of massively online battle arena, or MOBA, games such as League of Legends, said Ward.

Call of Duty games “drive general console purchasing behavior, because gamers get addicted to the adreneline rush of first-person shooters,” Ward told TechNewsWorld, “and it is a classic example of a high-quality shooter with outstanding multiplayer features.”

Gamers keep coming back for more Call of Duty, because of the adrenaline rush the titles bring and the levels of skill they offer. It’s one of the better combat series, and it really lends itself to team play, Enderle commented.

“So it becomes a regular reason to come together either nightly or weekly,” he said, “and once folks get into the habit of doing stuff like that, it stick with them for a while. It’s becomes part of how they enjoy the community experience.”