Google’s Android and Apple’s iOS led the global smartphone operating system market in 2013, a year in which worldwide shipments surpassed 1 billion units for the first time, according to IDC.

Samsung led Android vendors, claiming 39.5 percent of smartphone shipments. The pending acquisition of Motorola Mobility by Lenovo could shake things up in the year ahead, IDC noted. If the deal closes, Lenovo could overtake Huawei, which took the No. 2 spot in 2013.

Apple’s iOS experienced slower growth overall, claiming 15.2 percent of smartphone shipments in 2013 and 17.6 percent in the fourth quarter — up 6.7 percent from a year earlier.

Overall, smartphone shipments totaled 1 billion, up from the 725 million devices shipped in 2012, a 39 percent increase from the year earlier. Double digit growth likely will continue for just a few more years before the market gets saturated, IDC noted, warning that vendors must capitalize on potential gains before sales slow.

The strategies underlying the rise of Google’s Android and Apple’s iOS to an OS duopoly have been very different, said GigaOM analyst Colin Gibbs.

“Android has become the world’s most popular smartphone operating system, thanks to a wide variety of handsets from many manufacturers and at nearly every price point,” he told the E-Commerce Times. “Apple, on the other hand, has generated huge profits with a very limited portfolio of high-margin devices that maintain the company’s high-profile brand.”

It’s unlikely that any of the major players will change their strategies, Gibbs added.

“Android’s marketshare may continue to grow over the next few years as smartphone sales in emerging markets surge, but Apple may still be content with a smaller marketshare that produces big profits,” he predicted.

Fighting for the Bottom

The pressure is on the laggards to try to claim greater marketshare, said Gibbs.

“Microsoft is finally taking aim at the relatively untapped mobile enterprise market with Windows Phone 8.1, which should come to market in the next few months,” he said.

That growth will continue going forward, but it’s unlikely it will be at a level where someone can take on the duopoly, said Trip Chowdhry, senior analyst for Global Equities Research.

“Google and Apple have very different strategies, and other parts of their businesses will be different going forward,” he told the E-Commerce Times, “but this is one area where they’re going to continue to stay on top.” 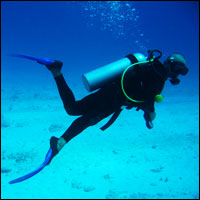 Has Linux Conquered the Cloud?

Internet of Things, Part 1: God’s Gift to the NSA