Uber Technologies on Monday lost its second-most-important executive in a shakeup stemming from an internal investigation into sexual harassment charges. The changes at the top reportedly could include the temporary loss of Uber’s founder and chief executive, Travis Kalanick.

Emil Michael — who served as the company’s senior vice president of business and a key lieutenant to Kalanick — is out.

“I can confirm that Emil Michael is no longer with the company,” Uber spokesperson Matthew Wing told the E-Commerce Times. “I have no additional comment beyond that.”

The Michael ouster came at a critical juncture in the company’s short history. Former U.S. Attorney General Eric Holder reportedly has presented findings of his investigation into corporate culture at the firm, following reports of widespread sexual harassment.

Holder, now a partner at the law firm of Covington & Burling, presented his findings to the Uber board, according to multiple reports, and those findings will be made public Tuesday. Among the recommended changes are a leave of absence for Kalanick, widely blamed for fostering a problematic corporate culture at the firm.

“When you’re building a company that’s still relatively new, you can’t grow with that kind of toxic environment very long,” she told the E-Commerce Times.

The shakeup follows months of reports that Uber operates like a Silicon Valley version of Game of Thrones, with employees pitted against each other for the sake of pleasing management.

There have been numerous complaints from female engineers who said they were victims of sexual harassment. Further, they were subjected to high-level efforts to sabotage their work and drive them out of the company when they complained, according to reports.

The recent turmoil followsrevelations made earlier this year by former Uber engineer Susan Fowler, of a series of sexual harassment and discrimination efforts against her and other female employees. Fowler essentially was driven out of the company and given poor performance reviews when she left, she claimed.

At the time, Uber already had been under fire for bypassing a wildcat strike at John F. Kennedy International Airport in protest of the Trump administration’s travel ban. Kalanick also had been called out for joining the new administration’s business advisory council, but later stepped down.

Federal officials had begun looking into the company’s controversial “greyball” software, which allegedly was used to avoid tracking by authorities in Portland, Oregon, and other cities.

Uber is in need of a major reset, because its internal culture has put the firm at risk of self-destructing, said Charles King, principal analyst at Pund-IT.

“The situation at Uber is odd, at best, especially in the ways it illuminates the thin line between innovative and pathological behavior,” he told the E-Commerce Times. “Over the past few months, the company and its executives, including its CEO, have regularly stepped over that line and essentially brought greater scrutiny and the possibility of punishment onto themselves.”

About 20 Uber employees were terminated in connection with an internal investigation that uncovered 215 allegations of sexual harassment or gender bias at the company, the Perkins Coie law firm reportedly disclosed last week. A spokesperson referred the E-Commerce Times’ questions to Uber.

Uber last week announced that Frances Frei, a professor of service management and the senior associate dean for executive education at Harvard Business School, had been hired as senior vice president, leadership and strategy, and would act as a partner to Uber’s human resources officer Liane Hornsey.

The company also named Nestle SA executive vice president Wan Ling Martello to its board of directors, adding another female executive to the board. Huffington Post founder Arianna Huffington previously was the only woman on the board.

The full Holder report is expected to be made public on Tuesday, when employees will learn how the company aims to move forward and regain its footing. 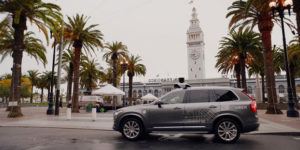 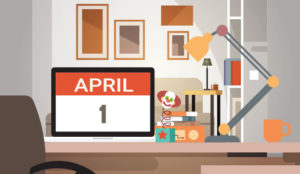