A major round of funding from private investors for social networking site Twitter has raised the valuation of the company to more than US$7 billion, according to a report in The Wall Street Journal.

That’s almost double from December, when it raised $200 million in a round of funding led by Kleiner Perkins Caufield & Byers which at the time put the microblogging service’s value at $3.7 billion.

When Is IPO Time?

The news comes at a time when many of Twitter’s competitors and peers in and around the social networking circle are going public. Social networking site LinkedIn, Internet radio service Pandora, online coupon service Groupon and social gaming site Zynga have all either launched or planned public offerings recently. Facebook is rumored to be planning the same for the near future.

Like Twitter, these tech start-ups are not yet profitable, but all received sky-high valuations when jumping into the public marketplace. Those placing the valuations see a bright future for this portion of the tech industry, though others fear that with a crowded marketplace and shaky sources of revenue, companies face too many challenges to live up to their valued prices.

“The valuation is what it is, and right now it’s sky-high, and as they say, what goes up must come down. Clearly right now any type of social media or network is a stock darling, because the public has a big appetite for it right now,” Laura DiDio, principal analyst at ITIC, told the E-Commerce Times.

Twitter seems to be working on evolving its business model to diversify its revenue, most of which currently comes from ads, before filing an IPO. To bolster business, the microblogging site started “promoting” certain Tweets to increase ad revenues.

The company is also undergoing transitions in its executive team. The site is now run by former Google product manager Dick Costolo, while cofounders Biz Stone and Jack Dorsey are working on other projects and are not as involved in the day-to-day operations of the company.

This latest round of funding, combined with executive changes and developing a business model that can keep up with competitors on the advertising front, may be a way for Twitter to gain a more solid footing in the social networking scene before going public.

Investors for this wave of funding may be hesitant, however, after Twitter’s agreement with Google Realtime Search ended. The service provided users with content from Twitter feeds, in real time, when they searched on a particular topic on Google.

The service disappeared on July 2; both companies told reporters the contract had run out and there were no immediate plans for renewal. Twitter said it still provided similar search opportunities with Microsoft and Yahoo.

Neither company responded to the E-Commerce Times’ requests for further comment on the matter.

The development gave rise to speculation that it was a way for Google to control some of Twitter’s influence as the search engine launches its own attempt at social networking with its Google+ project.

“That is Google trying to wield a lot of influence, speaking loudly and carrying a big stick,” DiDio said.

Not all observers agree, however.

“Historically speaking, Google has not been exclusionary with services that are competitive. For instance, they continue to make iOS apps, and Chrome runs in Microsoft,” Josh Martin, director of apps research at Strategy Analytics, told the E-Commerce Times.

Whether or not Google believes it can profit off less traffic toward Twitter is unknown, but it appears to be yet another battle between the major players in the tech scene — mainly Facebook, Google and Apple — to gain supremacy over another network. Apple, for example, recently gave Twitter a leg up in revealing that the next version of its iOS operating system will feature options for deep integration with the user’s Twitter profile.

“Who knows if it’s worth it in the end, but if you’re locked in this fierce battle, you don’t dare want to let your rival get it. Neither one wants to give an inch. The stakes are higher for Google and Facebook in getting Twitter — those two could drive up the valuation like an auction and we can see this thing going even higher,” DiDio told the E-Commerce Times. 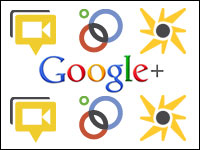 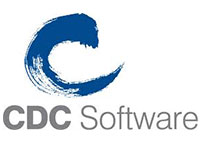