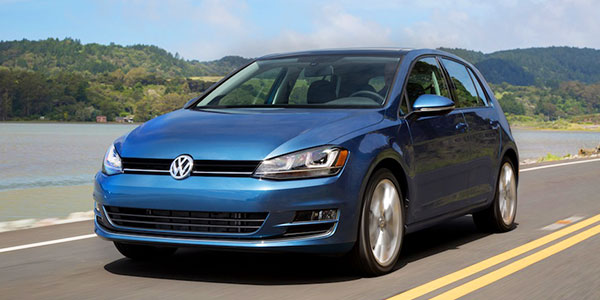 The 57 jurors considered all vehicles introduced to the market in the last calendar year, then voted at the end of December and presented the awards in conjunction with the start of the first auto show of 2015.

For Volkswagen, winning the award for top North American Car is notable, given that sales for the German brand were down 10 percent last year, despite an overall increase of 6 percent in U.S. auto sales. The company has invested heavily in the American market and built a new plant in Tennessee, but it has struggled domestically in recent years due to a lack of new models.

The last time the VW-brand won the North American Car of the Year award was in 1999, when it introduced the new Volkswagen Beetle.

With this win, VW could be on the road to turning things around. The news that it had beat out the Ford Mustang and Hyundai Genesis for the top honors presented in Detroit followed its Sunday night announcement that the company had hit its goal of 10 million sales globally, four years ahead of its target date.

“This win is huge for VW,” said Justin Cupler, editor in chief of TopSpeed.com.

“It is a little surprising actually, because normally the Golf doesn’t attract a lot of attention,” he told TechNewsWorld.

“It is one of those cars that simply sells in volume,” Cupler added.

What may have helped the Golf stand out is the fact that VW hasn’t tried to make it a one-size-fits-all offering, and instead has widened consumer options.

“This is the seventh generation of the Golf,” noted Cupler.

“The lineup underwent a decent amount of changes this year. It got a redesign, but it wasn’t overwhelming. It included an upgraded engine — but more importantly, it is the brand that has something for everyone,” he pointed out.

“There is a sporty Golf, to the base model, to the zero-emission E-Golf that rounds it out,” Cupler said. “VW is trying to become the largest car maker in the world, and while they’re struggling in the market, they’re really giving it a try by increasing the options with the Golf.”

Ford’s win for Truck/Utility of the Year also could be seen as some redemption for the F-150 brand, which recently lost to the Chevrolet Colorado in Motor Trend’s Truck of the Year competition. In Detroit, the Ford truck bested the Colorado, as well as Lincoln’s MKC sport-utility vehicle. 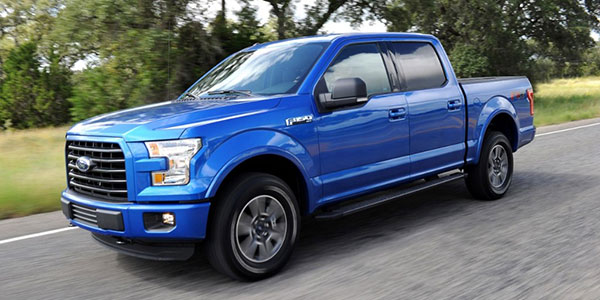 “The judges got it right with this F-150 model — at least considering the fact that this vehicle remains not only the best-selling vehicle in U.S. history for the last few decades, but also reflects what the American customers want — representing the true ‘American Spirit,'” said Vishwas Shankar, automotive and transportation industry program manager at Frost & Sullivan.

“For OEMs, this truck represents how they could connect as close as possible to customer demands while truly bringing what they want — technology — through the models they love, like the F-150, to buy and drive on the U.S. roads,” he told TechNewsWorld.

“The F-150 is seen as a trendsetter, not just for trucks but for the entire industry, in terms of how technology could play a key role in helping OEMs achieve not only CAFE and stringent emission norms, but also set new standards for towing capacity, safety, and performance of the vehicle itself,” Shankar added.

The Ford truck is also notable in that it features an aluminum body and high-strength steel frame, which helped reduce the model’s weight by some 700 pounds. That enabled Ford to install smaller engines that produce the same power as the significantly larger engines of previous models.

Ford’s F-150 is available with a 2.7-liter, turbocharged V6 engine, which can achieve up to 26 miles per gallon on the highway. However, the use of aluminum has presented new hurdles.

“It is expensive, and the challenges are going to come into repairability and timing to do repairs,” Bringley told TechNewsWorld.

Dealers are going to need aset of different tools to work on aluminum trucks, she noted.

“We’ve had aluminum used in cars and trucks before, but it is the degree of the use of aluminum that it is notable,” added Bringley. “It isn’t the most common material in auto manufacture, but it isn’t unheard of.”