What Lies Beneath Facebook’s Sudden Embrace of Government Regulation 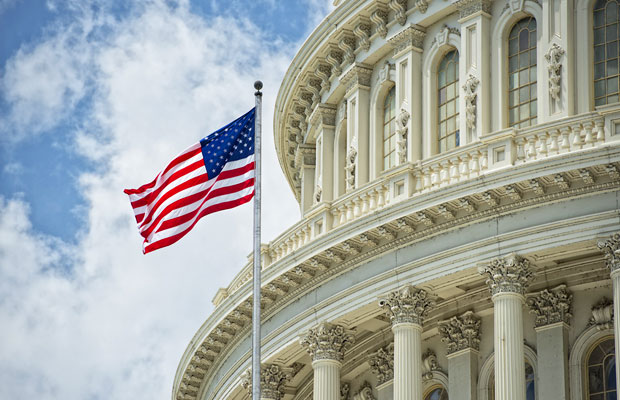 Facebook CEO Mark Zuckerberg called for greater government oversight and evenregulation of the Internet in an op-ed piece published last weekend in The Washington Post. Zuckerberg, who famously built the socialnetwork by playing by his own rules, said it was time forgovernment and regulators around the world to step up and help rein inthe Internet.

The main point was to regulate what he called “harmful content.” Onlyby updating the rules for the Internet will it bepossible to preserve what is best about it, Zuckerberg argued — including allowing people to express themselves freely, and allowing entrepreneurs tobuild new things.

Regulation will protect society from broader harm, he maintained.

With respect to harmful content, Zuckerberg’s remarks suggest that he does not believe social media companies should be responsible for differentiating between valid “free speech” and “dangerous speech.”

Instead, regulators should determine what might count as terrorist propaganda orhate speech, and Internet companies should be held accountable for enforcing the standards they set, he proposed.

Some lawmakers already have complained that Facebook has too much power to judge what actually is harmful content, Zuckerberg pointed out.

He also called for legislation that would provide greater protection forelections. Facebook already has made changes to the processes of purchasing political ads, including the creation of a searchable archive that shows who actually paid forany such advertisement on its network.

Regarding the issues of privacy and data protection, Zuckerberg said thatcitizens across the world have called for a comprehensive privacyregulation that would align with the European Union’s GeneralData Protection Regulation (GDPR), and he added that it would be goodfor the Internet if more countries adopted such regulations.

Zuckerberg also wrote that any regulation of the Internet shouldguarantee a principle of data portability, so that if data is sharedwith one service, it should be possible to move it to another. This would giveindividuals choice, while enabling developers to innovate and compete.

The timing of Zuckerberg’s “manifesto” is notable, as U.S.federal prosecutors have begun an investigation into Facebook’spractices involving the sharing of data with other large techcompanies. European officials also have been putting the company underthe microscope for alleged data-sharing misdeeds.

Facebook already faces a multibillion-dollar fine by the U.S. FederalTrade Commission, and it has been negotiating a potentialsettlement to end the FTC’s year-old privacy investigation. That probe wastriggered by revelations that the company allowed the personalinformation of 87 million users to be used by political data firmCambridge Analytica.

It isn’t just fines looming over Facebook, however, as the FTC couldseek changes to the company’s behavior, including how itcollects and handles data. Member data is used in Facebook’sadvertising-driven business, so it’s plausible that Zuckerberg’s calls forregulation might be less about saving the Internet, and more about preservinghis company’s lucrative business model.

Whatever the rationale for Zuckerberg’s about-face on regulation, itis overdue, by some accounts.

“Needless to say, the company hasn’t done a very good job of it on itsown; the public and private sector need to define appropriatelegislation in partnership, to balance the scales for users andInternet platforms,” added Crandall.

It is also about time that some Internet giants, including Facebook, berequired to play by a basic rule book — one that regulates howcompanies can compete on similar footing in the U.S. and even in globalmarkets, he suggested.

The question is what such regulation should include?

“Stronger privacy and data use clauses are one area that could beimproved,” Crandall said. “Another would be to force platforms toadopt open standards and protocols for commonly used services likeidentity and geo — e.g. maps — that would be managed by a public organizationand funded by the platforms.”

Zuckerberg’s credo could be no more than lip service to regulators. How often is it that an industry leader suggests the regulations that government should institute?This could be a case of offering only what one is willing to give up.

The call to ‘save the Internet’ is a smoke screen, suggested social mediaconsultant Lon Safko.

“Zuckberg knew full well that his business model was based on sellingour personal information and especially our behaviors,” he toldTechNewsWorld. “All the talk about apologizing for not catching his privacy issuesand ‘we’ll fix that’ is nonsense — it was their business model.”

What Greater Regulation Could Mean

If Zuckerberg’s calls for regulation are embraced, there could betradeoffs for all involved.

“Regulatory supervision will cause the company to second-guess its owndecisions, which almost always reduces innovation and slows thedevelopment of new products and processes,” warned Iain Murray, theCompetitive Enterprise Institute’s vice president for strategy.

“However, regulated companies are always, to a degree, protected fromcompetition, as regulation creates market entry barriers,” he toldTechNewsWorld.

There is a phenomenon called “regulatory capture” as well, in which regulated companies gain a degree of operational control as former staffers become regulators.

Thus the Roman concept of “Quis custodiet ipsos custodes” — or whoguards the guards — is reflected in who regulates the regulators.

“The converse, however, is also possible; former regulators start tostaff the company, so making it less likely to challenge theregulator,” suggested Murray.

“Either version of regulatory capture intensifies the effect of entrybarriers,” he noted. “At CEI, we take the view that whileregulation may possibly benefit a company by erecting those entrybarriers, the tradeoffs are always bad for the industry as a whole,competition, consumers, and the company itself in the long run.”

The Case Against Regulation

A number of factors could stand in the way of any suchregulation of the Internet. The United States Constitution’s FirstAmendment is perhaps the greatest barrier.

However, “other countries could easily impose such regulation, such asprohibition from allowing ‘blasphemous’ content to be published,”noted Murray.

That already has been happening in some parts of the world, and that factcould make privacy advocates stand up and take notice. The cost ofregulation in a free market is another factor.

“Consumer privacy regulation could strictly constrain what Facebookand its partners use consumer data for, and could insist on consumershaving the right to remove their data and take it elsewhere,” saidMurray.

There have been calls from some — notably presidential hopeful Sen.Elizabeth Warren, D-Mass., to break up some successful companies. However,it is the Europeans that have been most zealous when it calls to saberrattling around antitrust issues.

“EU regulators, who are the most aggressive in the tech area, haverefrained from threatening breakups, instead inflicting fines onsuccessful tech companies that in their view break competition rules,”Murray observed.

The rationale for greater regulation is to create a rulebook for all ofthe players that would benefit users of their services and the common good.

“The value of the content and contributions that users provide to theInternet platforms needs to be ‘paid forward’ for the benefit of thenext generations,” said Netpop Research’s Crandall.

“After all, it was the government’s investment in DARPA that createdthe foundations on which today’s platforms have been built,” he pointed out.The public should receive some benefit in return for the original investments.

“Without smart regulation, it’s hard to see how the Internet platformsare going to do that on their own,” suggested Crandall.

“Google, for example, removed the ‘Don’t Be Evil’ from their code ofconduct last year,” he said. “There are risks involved with anychange, and new regulations are no different from other market forces.Ideally, the right mix of regulations will enable the next generationof entrepreneurs to have opportunities to create value themselves.”

Another consideration for any proposed regulation is going to be whether it iseven enforceable. Savvy users find ways around the barriers they don’tlike.

“We are already seeing more use of [virtual private networks] in the EU to get aroundrestrictions that are the result of the GDPR,” said CEI’s Murray.

“In some ways, this mirrors the use of VPNs in oppressive regimes;content regulation in the form of restrictions on speech will almostcertainly see the use of the Dark Web to transmit digital samizdat,”he added.

The final factor is one of “privacy” but in many cases what a lot ofpeople actually are concerned about is data “security.”

“They are happy to share their data with other parties in order togain some benefit, whether that be supermarket loyalty discounts orfree software products,” said Murray. “They are unhappy when that datais left unsecure. It is unclear to what extent government regulationcan ensure that security without compromising the benefits peoplelike.”