What To Do if Your Car Tries to Kill You

The scary news last week was that a couple of guys demonstrated they could hack into a Jeep and take control of it. Later, more details came out that suggested you might want to avoid Chrysler cars altogether. 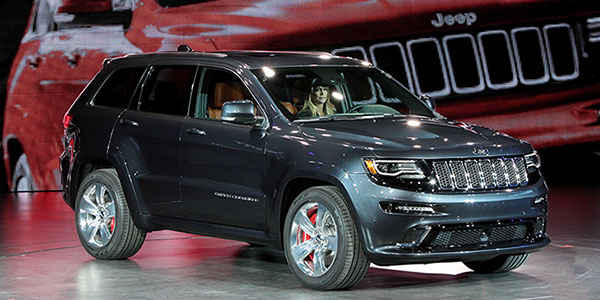 The industry appears to be waiting for the first major catastrophic accident before putting resources into fixing this problem at the proper level. They are slowly forming industry groups to look at it — but at the current rate, their fix will come long after a lot of us are dead.

Given that cars are a bit of a hobby of mine, and I worked in a Jaguar shop for a time, I thought it would be handy to address this problem and provide some tips on what you might be able to do if your car suddenly becomes homicidal and you become its target.

I’ll close with my product of the week: the BackBeat Sense, a great set of headphones from Plantronics.

At the core of the problem is that the automotive OEMs are decades behind the level of security that you likely have on your PC. While they’ve layered on more and more advanced technology to compete with one another, security has taken a back seat. The end result is that — with the exception of Tesla — few are taking this issue seriously enough.

What the other car companies don’t seem to get about Tesla, as they chase some of the capabilities it provides, is that Tesla is like Apple, in that it hard-connects its cars to the factory. That means anyone who wanted to take control of a Tesla likely would have to break into the company and then attack the car through its systems, which would be very difficult.

One of the things that protected older cars as they approached wireless connectivity was that there was a hard break between the operating parts of the car — the stuff that made it go and stop — and the entertainment portions, which increasingly were wirelessly connected and not particularly secure.

Someone could mess with your radio and navigation — but couldn’t take control of your car (without making significant modifications). In an apparent effort to reduce costs and emulate to some degree what Tesla does, that break is being eliminated, which means that newer cars may not have this protection. The more computer controlled they are, the more at risk you may be.

Following are my suggestions.

Avoid Cars That Have Steering and Braking by Wire, and Push-Button Start

Fortunately, most drive-by-wire systems are relegated to gas and transmission. They can make it harder or easier to steer — but as long as you don’t panic, you can still stop the car. This, of course, will change dramatically as self-driving cars start to roll to market next year. Until this security problem is adequately addressed, I’d avoid these cars like the plague, because they will be the most vulnerable and where we’ll likely see any initial attempts at causing catastrophic collisions.

I’m also suddenly nervous about push-button start. I like the feature, but it tends to be an electronic function — which means, in theory, it could be disabled. Turning off the car might be your best initial move. However, turning off the engine also might turn off power steering and potentially lock the steering wheel, while dropping the transmission into park, so it could be as dangerous — even if the button continued to work.

It would be wise to look into which systems in the car you own or the one you intend to buy are fully computer-controlled, and which have some kind of wireless connection.

Be Prepared, and Don’t Panic

Get out of the car as quickly and safely as you can is the goal — hopefully disabling the car first, because you don’t want it to become a missile heading for another car, some pedestrians, or a school. Don’t panic. Think through ahead of time what to do if your car should be compromised, and then follow that plan if it happens to you.

First, hit the emergency brake. It won’t be enough to stop the car, but every little bit will help. Second, put both feet on the brakes and push for all you are worth. Cars typically are designed with brakes that are more powerful than engines, so you should be able to stop the car even if you are moving at speed.

If you can ease the car into a tree, wall, barrier, or other solid object, do so in order to safely exit the car. You’ll want to have any passengers exit the car first, so you can be sure the car won’t jump when you take your foot off the brake.

If you have a small child who can’t get out without help, then you likely are better off sitting in the car until it stalls, unless it looks like it is going to catch fire and there’s no help in sight. In that case, you are going to have to attempt to carry the child to safety yourself. It is advisable to rehearse how you would quickly extract a child in any accident scenario, such as if you’re unable to access the door next to them, for example.

Remember to exit away from traffic; there are a lot of stories of folks surviving a crash only to get run over on the road.

Where it gets really problematic is if you lose your brakes, because speed and lethality go hand-in-hand, and you’ll have just a few seconds to act before your outcome becomes deadly. At any speed — if you still have steering — you can spin the car, or drive it into glancing side contact against a railing or parked cars. Don’t hit anything head on if you can avoid it, especially oncoming cars.

By the way, when exiting the stopped car, avoid walking anyplace the car could go with a quick change of direction. Having the car shift into reverse while you are walking behind it wouldn’t just be embarrassing — it could be fatal.

The big thing is to not panic. Have a plan and execute it.

Wrapping Up: Best Plan Is to Keep Your Old Car

I think the best plan, until the car makers get their arms around this threat, is to avoid any car that has lots of fly-by-wire features. Your current car likely is less risky than any new one. Right now, the attack profile is against individual cars, so you may be OK if you just don’t go out of your way to piss off someone with the right skill set. However, the possibility of a mass attack increases, the more automated and connected cars become.

If this doesn’t get fixed before self-driving cars become common, we are pretty much screwed.

Suddenly I’m thinking the Amish may have it right with horses and buggies. No one has ever remote-controlled a horse. I’ve fallen off a horse at a gallop — and while painful, it was survivable.

For them, the BackBeat Sense has most of the same features, but it is far lighter, smaller and less expensive. Controls to pause and advance your music are intuitive. It has a little button that amplifies the surrounding sounds, making it safer for running, bike riding, or when your parent or significant other is talking.

One of the unique handy features is that this entire line of products has sensors, so that taking off the headphones automatically pauses your music. Good sound, 18 hours of continuous battery life, and an attractive design makes this into one of the best sets of headphones in its class. 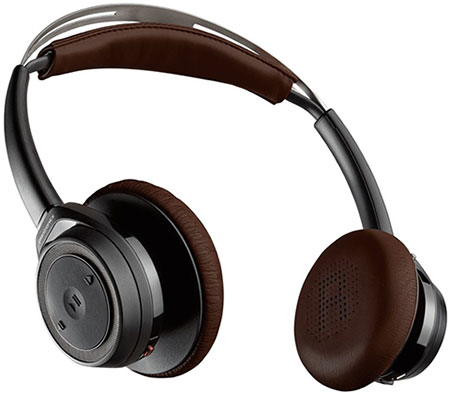 I personally still like the BackBeat Pro best, because I fly a lot, and noise cancellation on a plane is a godsend. That said, this may be the ideal wireless headphone set for those who like tunes but don’t need active noise cancellation, and would rather avoid the added cost and weight that come with it. As a result, the BackBeat Sense is my product of the week.