Whooping It Up: Woopra Crashes the Web Analytics Party

The quiet launch, however, quickly picked up steam. Within minutes, the bloggers began writing about the service, and people started flooding the site.

“As soon as we demonstrated it at Word Camp, we had 2 million visits to the Web site,” Pozadzides told TechNewsWorld. “By the end of that first weekend, we had 2,000 users.”

It’s only gotten better since then. The site now has over 40,000 people registered, and it monitors over 70 million page views a day.

Woopra is a comprehensive, graphics-rich Web-tracking and analytics service. Woopra users download its software onto their own computers and, like other Web analytics services — Google Analytics, for example — it allows users to segment and analyze aggregated data from site visitors.

Unlike some other services, it has a rich user interface with lots of fancy graphics, colors, charts and graphs that make data instantly understandable.

“We can do things in a much more graphically rich way,” Pozadzides said. “We can slice and dice the data in many more ways than other applications can.”

Woopra also offers real-time tracking of visitors, as well as a built-in chat function that lets the Web site owner talk with users as they navigate through the site. This real-time chat function is particularly popular with e-commerce sites, which can use it as an opportunity to make contact with customers, explain products and close sales.

It’s important that users of Woopra realize that real-time tracking might not give the whole story, however, noted John Marshall, a Web analytics consultant with MarketMotive. While it’s appealing to watch a single user go from page to page, that single user might not be representative of the whole.

“Looking at an individual visitor will tell you very little,” Marshall told TechNewsWorld. “It might be useful as long as that visitor is representative of the average, but you don’t know which visitors are average and which are outliers.”

Real-time tracking should only be used in conjunction with the broader analysis and segmentation that Woopra provides, Pozadzides agrees.

Woopra is still in a closed beta phase. In order to sign up for the service, people need to register on the site and then be approved, which takes a week or two. Right now, the service is free. When it leaves the beta phase — probably by the end of the year — there won’t be a waiting period to sign up, and it will have a tiered pricing structure. Light-traffic sites, like personal blogs, will be free, and higher-traffic sites will have a tiered monthly subscription fee.

In the meantime, Woopra is spreading around the Web, gathering more registered users every day.

“In today’s economy, especially with Web-based services, your ability to sell a product has to be built into the product,” Pozadzides said. “We’ve built a service that is compelling. It’s its own best salesperson.”

MapReduce and the Database: Analytics in Hyperdrive 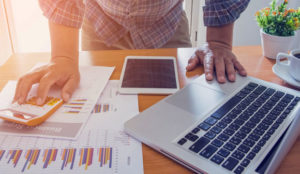 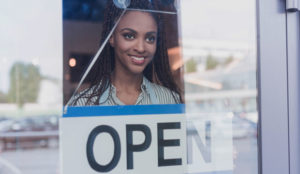 Conflicting Research Hides Best Age To Start Your Own Business