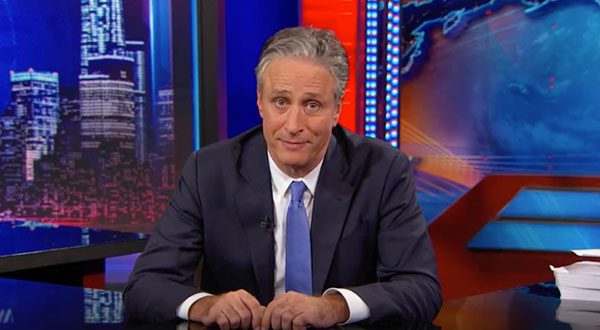 Like a lot of folks, I’m starting to go through withdrawals because The Daily Show with Jon Stewart dropped off the air last week. It is kind of amazing that it was how a massive number of us actually kept up on the news, given it wasn’t a real news program.

However, while the show was a commercial success, it appeared that wasn’t its only goal. It seemed it also wanted to make us aware of some of the really stupid things people did, in the hope of making us all smarter. Well, last week it showcased that even those who should have gotten that message didn’t.

It comes back to that bane of human existence, confirmation bias, a tendency to refuse with great vigor to see that we are wrong, even if our face is pushed violently into the truth.

I’ll close with my product of the week: the Epson EcoTank Printer, the printer for the smart buyer.

It seems one of the most common questions people asked about The Daily Show was whether the people it made fun of for being near-absolute idiots were actors. The segment answering that question is an eye opener, and worth watching, because it is both sad and funny (and a tad disgusting).

Yes, those sad excuses for humanity were real people — but even though it should have been pretty clear to them and everyone around them that what they were saying was insane, it wasn’t. They thought they were getting their message out.

The most impressive was a black minister who disagreed with the idea that President Obama was the Antichrist. OK, that sounded reasonable — but not for long. His reasoning was that he was convinced Obama was more like Hitler. (You know, people who say stuff like that really should study, oh I don’t know, Hitler).

Of course, after seeing that segment and thinking it over a bit, he now has changed his mind and thinks the president is the son of Satan. By the way, the same minister expressed the view, on this latest installment, that Starbucks has been putting human sperm into coffee to make it more flavorful. Seriously you can’t make this stuff up. (Though, frankly I’m thinking twice about getting my daily Starbucks Latte this morning — not because I believe him, but because I can’t seem to rid my head of the image of how that might be done.)

The vast majority of Daily Show interviewees — who were consistently portrayed, as one of them said, as being wackadoodle (technical psychiatric term) — believed what they’d said in their own segment was fine. They didn’t see that the show was laughing at them. They didn’t get the massive irony in the segments, and they clearly didn’t realizethat their positions would have made, well, this person, look smart.

That mind-set reminds me of warning my grandmother gave me when I was in my 20s. Although she held a Master’s degree from a very liberal college, she actually said this: “Don’t ever get bitten by a black man as the bite could be fatal.”

The implication was that such an occurrence was a common danger, and that the risk was lethal due to some kind of poison that black men alone secreted. My grandmother actually had run for the state legislature and was well read. It turned out her father had imparted this pearl of wisdom when she was a little girl, and it survived all of her years of education and personal growth unchallenged.

Granted, if you could have seen my face when I heard that, my expression likely was similar to those of the folks in the movie Alien, when they witnessed an unfortunate male character give birth. My grandmother was someone I’d thought of as smart and relatively informed, and who had had a significant hand in my formative years, and it kind of made me wonder what might be in my own head that might be equally nuts.

The thing is, it seemed to her, despite all of her education, an extremely reasonable position to take — and she simply had ignored anything and apparently everything that disagreed with it.

A lot of us have a desire to change the world for the better. I think it is clear that Jon Stewart had the same goal — using humor to get people to see the untenable positions they were taking. His targets were mostly on the right, but surprisingly often on the left. Regardless of political leanings, it seemed his hope was to get people to move to a more reasonable — or at least less insane — position.

Stewart aimed in his own way to force us to stop blindly believing crazy things, and instead to form opinions based on real facts. For instance, I got another birther email the other day — this time making the argument that if the president was born in Kenya, then perhaps all the laws he approved would have to be revoked. Of course, the mailer included a variety of disproven “proof points” to argue that the president’s birth certificate was invalid.

We hear many things these days that we pass on — even news organizations pass them on — even though they aren’t true and fail the test of common sense. On the other hand, we miss many things that apparently are true and could kill us.

Global Warming is a race-ending event that we are fueling. Screen phones like the iPhone are deadly in the hands of someone who drives and has poor impulse control (like anyone under 20). Most who disagree or agree with the Iran treaty actually haven’t read it — though it’s available (and there is reason for concern). Those who agreed or disagreed with Obamacare didn’t read that legislation either (the politicians who aren’t doing their jobs seem to outnumber the ones who are). In fact, much of what any of the folks in Congress are saying has no basis in fact.

We have the Internet. Granted, not everything on the Web is true either, but confirmation bias stands in our way of finding out if our beliefs — whatever they may be — could be idiotic. If we can’t at least consider that our crazy positions are wrong, then we don’t really have much chance of choosing a position that is more reasonable.

Wrapping Up: In Memory of Jon Stewart

I think it is sad that Stewart’s effort to get us to think more wasn’t successful. In saying goodbye to him, perhaps the best farewell gift we could give the guy would be our promise to do better. If something sounds a bit crazy — and sometimes even if it doesn’t — just take a moment and read up on it, looking at both sides.

There is too much crazy in the world — we don’t need to add to it personally. Let’s give Jon Stewart the impact he clearly wanted, and help create a world in which we don’t need someone like him to humorously point out our collective stupidity — at least, not quite as much. As we say goodbye, here are eight moments that made The Daily Show one of the most important shows on TV.

Printers are kind of a scam. You buy the printer at below what it costs to make it, and then are addicted to buying expensive ink in relatively small quantities to keep it running. That US$100 printer can cost you up to $900 a year to keep fed with ink if you buy approved products — and if you don’t there is good chance the printer will throw an error or simply clog up and refuse to work.

Epson last week launched the EcoTank printer, which will set you back up to five times what that $100 printer costs, but with decided benefits. 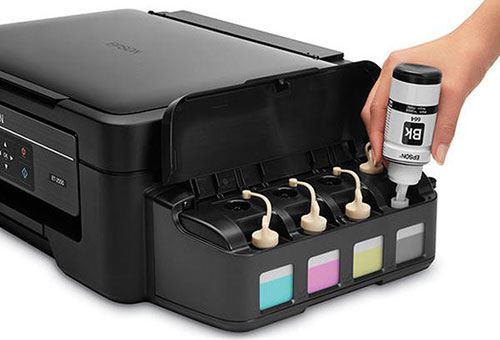 Its ink costs a small fraction of what a typical cartridge costs, and the printer is built to be far sturdier than its more traditional counterpart. Now, if you don’t print very much, going this direction doesn’t make much sense. However if you are like many of us and have to print a reasonable amount, the Epson will pay for itself in ink cost savings in six to eight months, and it should last at least five years.

Quality is good, but I really selected this because it flies against tradition, and because it is the printer a smart person who prints a reasonable amount would buy. Since this week’s column is about being smarter, the Epson EcoTank printer is my product of the week.