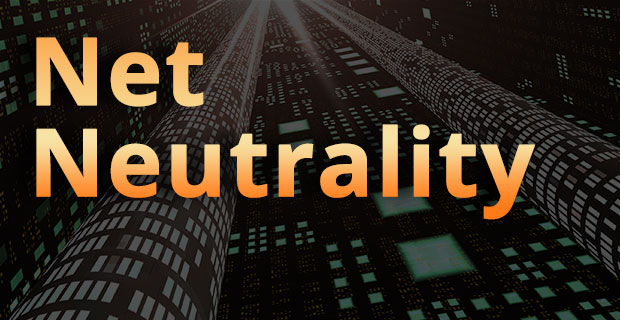 Way back in the dark ages in May 2011 (about 2,345 Internet years ago) I wrote a column about Net neutrality, which was in court at the time. For those of you who are not sure, “Net neutrality” is short for “Internet neutrality” or “network neutrality.” The concept addresses user access to the Internet, and the debate around Net neutrality centers on whether Internet service providers can limit, tier, block or otherwise affect Internet performance.

Because Net neutrality is a law established by the Federal Communications Commission, and three of the five commissioners are determined by presidential appointment, the FCC tends to shift course each time a new political party enters the White House.

When President Trump took office, his Republican appointees were the ones who decided to repeal the 2015 Obama administration’s Net neutrality rules adopted in December 2017. In short, the answer to the question of whether there will be a federal Net neutrality law is really a matter of the politics du jour.

What Has Happened Since the 2017 Repeal

Last year, California enacted its state Net neutrality law. According to The New York Times, the California law”is meant to protect consumers from attempts by telecom companies to charge extra or suppress access for some websites. The legislation is also intended to protect start-ups that could not compete with bigger websites that team with telecom companies for greater exposure to Internet users.”Shortly thereafter, the U.S. Department of Justice sued California to block its newly introduced law guaranteeing full and equal access to the Internet. As reported by The New York Times, Attorney General Jeff Sessions claimed”that California’s Net neutrality law was illegal because Congress granted the federal government, through the F.C.C., the sole authority to create rules for broadband Internet providers.

States do not regulate interstate commerce — the federal government does

Once again the California legislature has enacted an extreme and illegal state law attempting to frustrate federal policy.”So a critical lawsuit has been brought to challenge California’s Net neutrality law.

The position of the state attorneys general is that the FCC’s actions constitute an unconstitutional preemption of state authority to introduce their own Net neutrality laws. The case currently is pending in the U.S. Court of Appeals for the District of Columbia.

Although oral arguments were heard earlier this month, many legal observers believe that the case will languish in the court system and that it could be several years before a definitive outcome is reached. However, if the FCC loses in court, then it may be forced to revise its approach to avoid further challenges.

Since the current U.S. Congress is split between the two major political parties, it is highly unlikely that a new Net neutrality bill will be forthcoming any time soon — but who knows?

How Net Neutrality Affects You and Your Business

It is anyone’s guess as to how Net neutrality may or may not affect online businesses in the future. There are two theories on the impact of Net neutrality. The side of the fence you land on likely will depend on your political leanings. For those of you who tend to lean more to the left, the argument goes something like this:

The Internet should provide free, equal access to all. Net neutrality is essential to ensuring a fair environment for competition, particularly to allow smaller or new businesses to enter the online marketplace on equal footing.

Without Net neutrality rules in place, the current behemoth Internet providers have free rein to manipulate the market by driving customers toward proprietary or partner services to their benefit, and to competitors’ and average users’ detriment. This will stifle competition.

If you tend to lean more to the right — or if you are an Internet service provider like Comcast, AT&T or Verizon — the argument goes something along these lines:

The Internet should not be controlled by the government. Federal regulations require federal policing and enforcement, which will allow the government to investigate and test ISPs’ data, thereby opening the door to new data privacy risks.

The only way to ensure that the ISP monopolies do not control the Internet 10 to 15 years from now is to foster competition in a deregulated, free market economy.

This position is further supported by the 1996 Telecommunications Act (passed with a Democrat in the White House), which states that “It is the policy of the United States to preserve the vibrant and competitive free market that presently exists for the Internet and other interactive computer services, unfettered by Federal or State regulation.”

Who knows where we are headed with Net neutrality? One thing is certain: We may never see an end to the debate because of the raw politics.

However, given the increasing dependence on more bandwidth for Internet usage by everyone reading this column, does it make sense to let this issue be pushed back and forth based on political winds?

Peter Vogel has been an ECT News Network columnist since 2010. His focus is on technology and the law. Vogel is Of Counsel at Foley Gardere, Foley & Lardner LLP, and focuses on cybersecurity, privacy and information management. He tries lawsuits and negotiates cloud contracts dealing with e-commerce, ERP and the Internet. Before practicing law, he received a master's in computer science and was a mainframe programmer. Hisblog covers IT and Internet topics.Email Peter.

Chelsea Hilliard has been an ECT News Network columnist since 2019. As an associate at Foley Gardere, Foley & Lardner LLP, she focuses her businesslitigation practice on trade secret noncompetition and securities enforcement. She also helps clients with complex electronic discovery disputes and has been recognized as Texas Rising Star attorney by Texas Monthly, and a Top Lawyer under 40 by D Magazine. Email Chelsea.

The CCPA May Affect You, So Get Ready