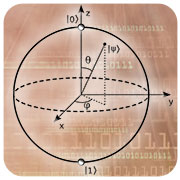 A postulate stating that quantum-entangled black holes in our three-dimensional universe are connected by microscopic wormholes created when the black holes are pulled apart might be correct, based on findings by researchers Andreas Karch and Kristan Jensen.

The suggestion, put forth by physicists Juan Malcadena and Lenny Susskind, “is a very exciting but somewhat speculative proposal,” Karch, a professor of physics at the University of Washington, told TechNewsWorld. “We show that a somewhat weaker version of this can actually be established with only mild assumption.”

The Spookiness of Quantum Entanglement

Quantum entanglement — two particles interacting in such a way that their quantum states must be described relative to each other — has long baffled scientists. Albert Einstein dismissed it as “Spukhafte Fernbwirkung, or spooky action at a distance.”

Think of it this way: If a quantum-entangled pair is depicted as a pair of twins, when one twin raises her right hand, the other invariably will raise her left at the same time.

Being able to explain this phenomenon through the wormhole connection reduces its spookiness somewhat.

Working on the Wormhole

Karch and Jensen, who was then at the University of Victoria, imagined an entangled color-neutral quark-antiquark pair in ordinary 3D space whose members moved away from each other.

The two traveled at speeds approaching the speed of light so that signals could not be passed from one to the other.

The pair are connected by a conceptual string that, in a four-dimensional world, becomes a wormhole.

The string represents the field lines that connect the two particles.

Some 3D quantum mechanical systems have an equivalent description in terms of 4D gravity, Karch said. This equivalence is known as “holography.” Over the past decade, researchers increasingly have used holography as a tool to understand quantum mechanics in 3D.

Holography “allows us to show that entanglement in a 3D quantum world can have a mathematical equivalent description in terms of a wormhole geometry,” Karch said.

Many quantum phenomena are poorly understood due to the complexity of the underlying dynamics, Karch explained. “We know the equations we should solve, but they are just too hard.”

In these systems, 3D gravity does not play a role, so “one can use the equivalent description in terms of 4D gravity as a tool to study these systems,” he continued.

In fact, gravity is not a factor in quantum theories.

“All quantum theories that we use right now in physics that [have] been verified for decades are gravityless … because the gravitational interaction is essentially turned off in the regimes where those theories apply,” Johnson said.

Studying 3D quantum systems without gravity “is an excellent approximation to our world,” Karch said. At quantum scales, gravity is “completely negligible.”

If entanglement implies microscopic wormholes in our world, that “would certainly be a mind-boggling statement,” Karch remarked. “By proving that a weaker version of this statement actually is true, I think we are taking a first step towards verifying [Maldacena’s and Susskind’s] claim.”