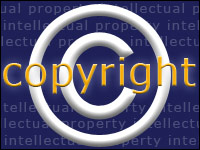 The World Trade Organization OK’d Antigua’s request to suspend U.S. copyrights, which will allow the country to move forward with a government-run download portal that offers *copyrighted* movies, music, TV shows and software, according to Torrent Freak.

Antigua, an island located in the Caribbean, was granted preliminary approval for suspension of U.S. copyrights in 2007, said Torrent Freak. That decision stemmed from a trade dispute that started when America barred access to Antigua-based online gambling sites. Antigua claimed that was unfair and that it lost billions because would-be online gamblers were restricted from its sites.

The U.S. has warned that “government-authorized piracy” would undermine a potential settlement with Antigua, and would impede foreign investment in the nation, particularly in high-tech industries. Antigua, meanwhile, has said the term “piracy” doesn’t apply, as it has been authorized to suspend U.S. copyrights.

Germany’s main music rights group has filed a lawsuit against YouTube, claiming that the Google-owned video platform is misleading users about the two sides’ longstanding licensing dispute, according to Paid Content.

The tiff between the YouTube and GEMA, which dates back to 2010, has led to numerous popular music videos being inaccessible on YouTube in Germany. This blockade extends, improbably, to videos that are posted by bands themselves.

When trying to access said videos, YouTube users in Germany are greeted with a message saying that the videos are “unfortunately not available in Germany” because GEMA — YouTube calls them out by name — hasn’t granted the rights to YouTube.

GEMA objects to this presentation of the facts, and has asked a Munich court to issue a cease-and-desist order that would prevent YouTube from pinning blame on GEMA.

In GEMA’s perfect world, YouTube would pay a fee each time a video by a GEMA-represented artist was viewed — this includes “every major label artist,” according to Paid Content. YouTube declined the fee proposal, but reportedly did offer to pay a percentage of the ad revenue reaped from said videos.

Google Executive Chairman Eric Schmidt said Monday that he would not put up a fight should the UK government decide to prevent Google from using Bermuda as a tax haven, according to The Guardian.

Although it’s entirely legal, Google’s tax structure in the UK could certainly qualify as clever. The company has defined its UK operations and staff as a “service arm,” and it uses a subsidiary in Ireland — which has lower taxes than the UK — to collect advertising revenue, The Guardian explained. That Irish subsidiary pays to another Irish subsidiary, which then pays a holding company in the Netherlands — which has a tax base in Bermuda.

Google has avoided paying some US$310 million in taxes thanks to the arrangement, The Guardian reported.

Amazon and eBay have also been called out in the UK for their tricky, if legal, tax structures.