Xactly: Putting Method in the Madness of Sales Force Compensation

As an executive at Callidus Software, Chris Cabrera was frustrated at the mid-market deals he often had to leave at the wayside. There were firms that basically could not afford Callidus’ on-premise incentive compensation software, nor the integration and implementation costs that would accompany such an investment.

So like many executives have done, he left his employer to form his own company.Xactly was born in March 2005, and Cabrera serves as its CEO. Not surprisingly, given his focus on costs, Xactly is an on-demand sales incentive application.

At the time of the launch, the Internet delivery model was probably the most noticeable differentiator between Xactly and other applications similar to it.

Cabrera, though, had a more ambitious goal in mind when he first opened his doors: to develop a suite of related tools around the core product that would leverage the rich data inhabiting the sales pipeline.

That came later though. In the beginning, Cabrera told CRM Buyer, the company was focused on eliminating a pain point that had gone largely unaddressed in the mid market. “Not having a straightforward view into the sales compensation schedule can hinder sales — hurt productivity,” he said, “but few companies could afford to solve this without diverting resources from the core mission.”

At bottom a simple concept, sales incentive compensation is in reality an opaque process that can prove to be very frustrating to sales reps. Most handle many products and many clients, and typically a company has variations in compensation for both categories, depending on their importance to the firm at that point in time. Companies also routinely offer special incentives as well. The result has often been a back-of-the-envelope calculation made by the sales rep when deciding which account or which product to focus on.

With its core product in hand, Xactly set out to conquer the world. In the beginning, it focused on evangelizing, Karen Steele, vice president of marketing at Xactly, told CRM Buyer.

At the same time, product development began moving toward Cabrera’s initial vision of leveraging data for broader analytical purposes. The crown jewel of this application is the analytics functionality and the data that it yields, Steele said. “There is so much information that can be of value to a company — about its customers, about its products and even supply chain — that resides in a sales function. That is what Chris had his eye on when he first set out to remake this space.”

By 2007, the firm’s efforts had paid off — at least in terms of attracting industry attention. Most market analysts, Steele said, had begun covering the sales performance management space in earnest, issuing market reports and projections for growth.

2007 also ushered in the signs of significant financial success. That year, for instance, the firm achieved 700 percent year-over-year revenue growth and doubled the number of new customers signed. It achieved a 94.4 percent customer renewal rate and completed its third round of financing, raising an additional US$15 million to help finance further growth.

Along the way, the company steadily built out its product portfolio, Steele said. Xactly Analytics was a key breakthrough.

Xactly Data Management, which offers pre-built connectors that integrate data between Salesforce.com, ADP, SAP, PeopleSoft, Ceridian, Oracle, Microsoft CRM and others was another milestone for the firm.

“One of the things that Xactly is doing differentially — and that I believe is one of the reasons behind its success — is its focus on integration with other CRM applications,” Gretchen Duhaime, senior research analyst specializing in sales automation at Aberdeen Group, told CRM Buyer.

“It has phenomenal mashup capabilities with outside vendors, which is critical to providing insight into compensation.”

Other modules introduced over the last year or so include Xactly Rewards — which automates non-cash reward programs such as merchandise, travel and leisure packages, and sports and events tickets — and Xactly Modeling, which helps determine the impact of organizational and compensation plan changes in advance of implementing them.

By the end of 2008, Steele said, Xactly will have added Territory Management, which defines accounts, territories and hierarchies; Quota Management, which automates quota allocation and analysis based on territory goals and makeup to optimize quota distribution throughout a territory; and Price Management, which identifies, analyzes, plans and manages what products have been sold to which customers and at what price point to expedite pricing strategy and execution.

However, as Xactly inches further beyond its original mission, new challenges are likely to emerge: figuring out how best to market or re-market that mission, and addressing the question of how these new applications relate to it.

This space, for all its innovative use of analytics and reporting tools, is ultimately a part of the sales function. That is not likely to discourage Xactly from envisioning new ways to leverage the sales data, however, or from finding new markets in which to introduce the applications.

A Mixed Bag in Orlando 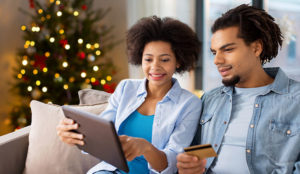