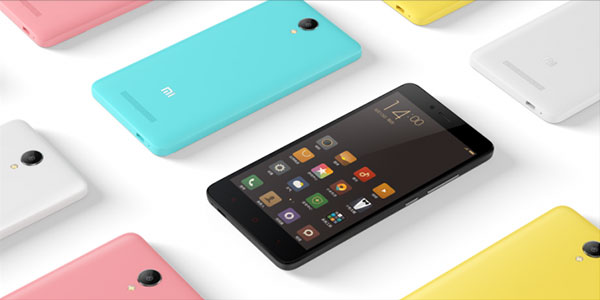 Xiaomi on Thursday announced its new Redmi Note 2, getting a jump on Samsung’s announcement of two new smartphone entries.

The phones will start selling this weekend in China at prices ranging from RMB 799 to RMB 899, or about US$125 and $140 respectively, based on current exchange rates.

At that price, the Redmi Note 2 is “very competitive in terms of hardware with Samsung and Apple,” said Nick Spencer, a senior practice director at ABI Research.

The new phones will have the MIUI 7 user interface, which is based on Android 5.0 and supports face recognition, but it’s difficult to say how it will fare against Apple and Samsung, Spencer told TechNewsWorld. That’s in part because Xiaomi essentially crowdsources its UI through feedback from its roughly 4 million users, most of whom are in China.

“This doesn’t apply outside China,” Spencer pointed out, and “may be a barrier to adoption rather than a strength.”

Xiaomi has modeled itself and its products after Apple, and like the iPhone 5c, the Note 2 and Note 2 Prime are offered in various colors. The Redmi phones come in white, black, pink, brown and light blue.

“The Note 2 line is inexpensive, but everybody’s offering an improved UI, better performance and battery life, and colorful themes,” said Ramon Llamas, a research manager at IDC. “What you really want to see is how well Xiaomi executes.”

Xiaomi International Vice President Hugo Barra, a former Google exec, last month indicated the company intends to enter the U.S. market within a year or so. It is lining up the appropriate licenses and accumulating a trove of patents in preparation for the endeavor.

That’s necessary, because Xiaomi “doesn’t have the right IP portfolio just yet and will get sued,” said Wayne Lam, a principal analyst at IHS.

Breaking into the U.S. market means Xiaomi “has to look at brand development, distribution, and how to spread by word of mouth,” Llamas told TechNewsWorld. “They can’t just flip a switch and have a thousand lights come on.”

U.S. wireless carriers have shifted away from contracts, which means consumers typically have to pay full price for smartphones — either up front or in monthly installments.

That means “the market will be price-sensitive, and consumers will look for more bang for the buck,” Llamas pointed out.

However, Xiaomi smartphone prices might be higher in the U.S., where the company’s business model — charging low prices for the hardware and making money off the software — may not work, suggested Todd Day, a senior industry analyst at Frost & Sullivan.

Xiaomi “has been utterly disruptive in markets, because they’re willing to manufacture and sell products with relatively high-end specs essentially at cost,” IHS’ Lam told TechNewsWorld.

“Think of them as analogous to Amazon,” he suggested. “They’re going for the long play.”

Xiaomi represents Apple’s and Samsung’s “biggest threat” in China and India, Frost’s Day told TechNewsWorld, and if Xiaomi manages to go global by early 2016, it will be “the clear market leader with Apple and Samsung by 2017.”