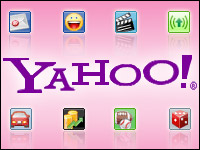 Looks like Yahoo is going to let go of most of its Asian assets — a large part of its stake in the Alibaba Group of China and its Yahoo Japan affiliate — and load up on cash. The move may allow the company to retain control of its core assets and perhaps even buy itself a new look.

Yahoo’s board is considering a plan to sell these assets back to their majority owners in a complex transaction that values the prospective deal at about US$17 billion, according to The New York Times and The Wall Street Journal.

The board reportedly will meet on Thursday; if the directors approve the sale, they may also reject two offers from private equity investment groups led by Silver Lake and TPG Capital. Either one of those offers would require Yahoo’s current management to give up control of the company.

The proposal to sell off the Asian assets values Yahoo’s 40 percent state in Alibaba at about $12 billion and its 35 percent state in Yahoo Japan at about $5 billion. Yahoo’s stock price rose from $14.5 per share to $16.5 on the news that a decision was imminent.

Yahoo did not respond to our request to comment for this story.

Selling the stakes in Alibaba and Yahoo Japan would put Yahoo in a strong cash position, making it easier for the board to entertain a wide array of new possibilities.

“This asset sale would make the company easier to sell by removing some of the cloud over the company and putting the firm in a better negotiating position with plenty of cash,” Rob Enderle, principal analyst at the Enderle Group, told the E-Commerce Times. “It would also give the firm a stronger go-it-alone option. That might include purchasing someone else to get the executive team inspired.”

The market is likely to react cautiously to the asset sale, in Enderle’s view, depending on how the company positions it.

“In general, the market should like any definitive move,” he said. “Yet Yahoo’s lack of a CEO suggests they could stumble with positioning here.”

A stash of new money could fuel buying fever and possibly give Yahoo a fresh coat of paint, along with a new direction.

“The infusion of cash could fund an acquisition, a turnaround plan, or just give them breathing room to restructure better for a sale,” said Enderle. “Yahoo is a strong brand, and with the cash, a good reserve.”

Then again, maneuvering Yahoo into a new position in the market might not be as simple as making an asset sale.

“The transaction wouldn’t really change anything,” Roger Kay, founder and principal of Endpoint Technologies, told the E-Commerce Times. “The transaction is a one-time asset disposal and would have little effect on Yahoo’s operations.”

The market would like to see a return on Yahoo’s equity, he noted.

“Selling the assets would unlock value that has been stored for a long time,” said Kay. “The transaction would produce a flood of cash, some of which Yahoo could invest, but otherwise future operations would be unaffected.”

It is not clear what investment opportunities the company has, he noted. “Yahoo has already tried proprietary content with mixed results at best. Development of its search has been turned over to Microsoft, for all intents and purposes.”

Even so, Yahoo’s basic portal is still one of the most-visited sites on the Web. If the company can hold onto its traffic, it will remain important.

“Yahoo is still the largest portal on the Internet outside China,” said Kay. “Its front-page real estate is still highly valuable, as are some of its section fronts. It’s a great property — at the right price.”

Will Microsoft Get Lucky With Yahoo?