Zozi: It’s All About the Experience 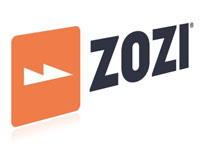 Zozi, a company that connects customers to activity-related adventures or trips — say sailing lessons or rock-climbing tours — rolled out a CRM system earlier this year that is an offshoot of an acquisition the startup made at the end of 2012.

The name of the CRM system is “Zozi Advance,” and it is a build-out from a system the company acquired when it purchased TripFlavor, a tours and activities reservation system. Zozi Advance debuted at the start of the year, TJ Sassani, CEO and founder of Zozi told CRM Buyer. “We branded and reworked the system to meet the needs of our customer base.”

Zozi Advance offers a range of services, including features for booking, scheduling and payments. It is delivered via a SaaS model.

“Hundreds of merchants” are using the system already, Sassani said, although he declined to provide exact numbers.

Zozi launched with the idea of providing curated experiences to people who love the outdoors. Examples might include a full-moon kayaking excursion or a bike ride tour of local vineyards. The company strives to provide high-end unique experiences, such as snowboarding the Jackson Hole back country with X-Games Gold Medalist Travis Rice.

“We realized we were driving a lot of traffic to merchants and thought it would be good to be able to offer them a system to support this activity,” he explained.

Then the question became whether the system should be built or bought, he continued.

There are relatively few software systems for this niche category, but then the company connected with TripFlavor — another SaaS-based application that launched in 2011. It is an OpenTable-style platform for activities and tours — started by CEO and cofounder Sam Edelson, who was an early Airbnb employee, and CTO and cofounder Gene Drabkin, a former Ning engineer.

Zozi built out the TripFlavor system to cover a broader category of merchants and to provide more features for those merchants, Sassani explained.

The offerings are now robust enough that merchants can use the system to manage their entire operations, he said. “They can track bookings via the activity calendar, bookings by phone, and by walk in as well. They can process payments, and we will be offering widgets for websites so bookings can be made online as well.”

The Zozi Advance application is different from others that service this space, Sassani said.

None of the others serve as a centralized hub for activity merchants the way Zozi Advantage does, he maintained. “It provides a branded experience on top of a reservation-CRM system.”