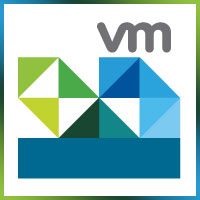 VMware last week released details about two new open source projects that aim to bridge the divide between the company’s virtualization software and other vendors’ containers. Both projects integrate into VMware’s unified platform for the hybrid cloud, allowing the company to create a consistent environment for cloud-native and traditional applications.

Project Lightwave and Project Photon could tip sides in the ongoing debate within cloud computing and virtualization markets over running containers on standalone hardware or in virtual machines with virtualization software.

“With these open source releases, we are focusing on the community. We expect that users will pick and choose what they want to use in the cloud, based on what is best for their needs. We are not shipping products. These are open source projects,” said Mike Adams, director of product marketing for VMware.

These projects give VMware two major benefits. They broaden the ecosystem of partners and developers to drive common standards, security and interoperability within the cloud-native application market.

They also improve technology and give greater choice to customers, according to VMware.

“We felt this was the most optimized way of meeting customers’ demands for something that works with other containers,” Adams told LinuxInsider.

These open source projects are lightweight, highly scalable technologies optimized for securing and running containerized applications in a virtual environment. They are designed to bring together developers and IT operations teams, by streamlining engineering throughout the application lifecycle from developer desktop to production.

Over time, these technologies will be integrated within VMware’s software-defined data center and end-user computing portfolios. That will help enterprises embrace containerized applications and draw from VMware’s compute, networking, security, storage and management solutions.

These are aggressive programs designed to undercut competitors and reverse a revenue growth slide, but they will also erode margins, noted Rob Enderle, principal analyst at the Enderle Group.

“They are apparently willing to take the margin hit in order to restore top-line growth and kick the competitors to the curb on price. Heavily backed by Intel, these projects will largely sell on advantages in security, performance and management,” Enderle told LinuxInsider.

In a real sense, these two new projects represent VMware’s preparing itself and its customers for a future in which cloud-native, containerized applications will be as important and widely used as traditional business applications, according to Charles King, principal analyst at Pund-IT.

“Overall, VMware’s effort counts as a great start that I expect will spark additional solutions for supporting cloud-native application development,” he told LinuxInsider.

Project Lightwave is the industry’s first container identity and access management technology that extends enterprise-ready security capabilities to cloud-native applications. The distributed nature of these systems — which can feature complex networks of microservices and hundreds or thousands instances of applications — will require enterprises to maintain the identity and access of all interrelated components and users, VMware’s Adams explained.

Lightwave adds a new layer of container security beyond container isolation. It enables companies to enforce access control and identity management policies across the entire infrastructure and application stack. This includes all stages of the application development lifecycle.

In addition, the technology enables enterprises to manage access control so that only authorized users can run authorized containers on authorized hosts through integration with a container host runtime such as Project Photon.

Multitenancy support enables an enterprise’s infrastructure to be used by a variety of applications and teams. Also, it incorporates multiple open standards such as Kerberos, LDAP v3, SAML, X.509 and WS-Trust, and is designed to interoperate with other standards-based technologies in the data center.

The two projects are independent of each other, Adams pointed out. Users can run one project without requiring the other.

Project Photon is designed to manage and run cloud-based apps. It is not a typical Linux distribution for general enterprise use, however.

Photon is fully open sourced, but it is built with VMware’s native code around the Linux kernel. It has a small footprint, is yum-compatible, and contains a package-based life cycle management system. It can support rpm-ostree image-based system versioning.

Project Photon is an open source, Linux container host runtime optimized for VMware vSphere. It is extensible and lightweight, and it supports the most common container formats, including Docker, Rocket and Garden (Pivotal).

Project Photon enables enterprises to run both containers and virtual machines natively on a single platform, and to deliver container isolation when containers run within virtual machines. Future enhancements to this project will enable seamless portability of containerized applications from a developer’s desktop to dev/test environments.

VMware did not want to infringe on other general purpose Linux distros.

“We did not deviate off of somebody else’s code. We added our own code to the Linux kernel. This is product on our part. … We started with the Linux kernel itself and built up Photon. We did so in a very lightweight fashion,” Adams explained.

Photon is supported through direct developer engagement in the Linux community.

The Photon source code is 300 MB and potentially less depending on how you install it, he pointed out, which was the best way of meeting customers’ demands for something that works with other containers.