HP’s Marten Mickos: Open Source Is Not a Business Model 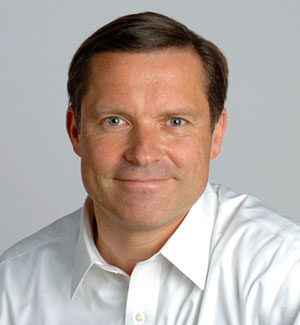 Mickos is a seasoned open source executive with a passion for infrastructure software. He was previously the CEO of Eucalyptus Systems, an open source, AWS-compatible cloud provider. Before that he was CEO of MySQL, where he grew the company from garage startup to the second-largest open source company in the world.

In learning to adapt his business strategies to make open source profitable, Mickos succeeded where many others have failed.

Unlike some who develop open source software or sell services surrounding it, Mickos fervently believes that open source is not a business model unto itself. If you try to upsell free users to paying customers, your business likely will fail.

In this exclusive interview, LinuxInsider discusses with Marten Mickos some of the misconceptions about open source as a standalone business model.

LinuxInsider: You once said that the only two ways a company makes money with open source is to affiliate with a foundation or have a business model where the open source project and the open source company are practically the same thing. Is that philosophy still valid with today’s open source dominance in the cloud?

I have observed that open source companies fall into two main categories based on business model. Some are building a business around something that a community is producing. Linux, Hadoop, OpenStack and CloudFoundry are such projects. Some companies have a one-to-one relationship between project and company. Examples include JBoss, MySQL, MongoDB, Nginx, Eucalyptus, Docker, Alfresco, Acquia and others. I believe the categorization is still valid.

Nothing has changed in my views over the last 15 years. I have succeeded in making open source profitable. There are always a million reasons why something does not work. I believe that there are people who are mistaken about the true essence of open source. Some people think that open source in itself is a business model — but it is not.

LI: What is it then?

Just like if you have a manufacturing branch and you use robots or you don’t use robots. That is a production question, but it is not a business model for the business you are in. So the real trick is figuring out how to convert that production model into something that is going to sell the product from a business standpoint. That is exactly the point. It is something that is easier said than done.

LI: How do you solve the problem of free access to software?

If it is open source, you have a lot of nonpaying users. If you do not, then it is a nonpaying idea. You need to come to terms with the idea that some people will spend any amount of time to save money. Other people will spend money to save time. It is that philosophical difference between people that makes the business model. You reach out with the open source software to reach everybody. You reach out with a business model to those who are ready to spend money in order to save time.

LI: Does that same rationale work when it comes to marketing open source products in the cloud?

The purpose of having code that is open is so users can take the code and do things with it. If you are not allowing people to take the code because you own it as a service, then it is irrelevant whether you say it is open source or closed source.

The purpose of open source software is to share the code with others. If you fail on that first criterion of sharing with others, then it really isn’t open source and falls into a different category. There are many services that operate like that. Look at Dropbox and Box. They have a service for some people that is free of charge — but there is no notion of open source in what they do. They are just building a service and offering it to consumers, and that is it.

LI: How can combining open source with a free service attract paying customers?

That is where the Premium Model comes into play. It can work well. It has some similarities to open source, but it is not related to open source.

LI: You often refer to different types of open source. Are some of these types better than others in hooking a free user to become a paying user?

I never said that you need to hook the user into becoming a paying customer. Actually, it is the opposite. If you think you are in the conversion business, you are wrong. Those who are inclined to spend time to save money are not receptive to your conversion efforts. Those who are willing to spend money to save time will become your paying customers. It is not a question of converting them. They have a mindset of becoming customers anyhow.

LI: What led you to see that pattern of customer behavior?

I made that mistake once where I thought we would be converting free to paid. It was a costly exercise that did not produce good results.

LI: When you headed Eucalyptus Systems, you described two types of open source software. You said there was the free kind with its reciprocity requirement and the kind without reciprocity. How does that second model work?

LI: How critical is the element of reciprocity in open source?

The notion of giving back to the community to benefit from open source is a philosophical difference. I certainly am in the group that believes in reciprocity. I think reciprocity is a good principle to use in all walks of life. Others do not see that element as important. It is a matter of taste and philosophy.

LI: How can businesses make money reliably from the free software approach with its reciprocity requirement?

Nobody can ever “make money reliably.” You must reinvent yourself and produce new value continually. To have a great business, you must first and foremost have a fantastic product that solves a real need for the customers.

LI: Is there a line businesses should not cross when devising differentiation plans for their product and avoid adding a closed source component? Is that where companies go wrong in trying to blend the two concepts?

Yes. When you build commercial and proprietary add-ons on top of an open source product or project, you must not do so at the expense of the nonpaying user community of the product. I think like in any business, there are lines you can not cross. If you appear as having a greedy intent or not playing with an open hand, you may get your audience against you as opposed to having them for you. Once you have chosen open source as a production model, you must adhere to openness.

If you do not, then you could tarnish your reputation. You might think you were just adjusting your business model — but you find out you have upset your whole community. That is a real and concrete risk. when I was at MySQL, there were times we were near that borderline and had to spend considerable time arguing and explaining and talking about it — but we did so successfully. Many of those transgressions can be fixed, but at some point you may cross the line, and your user base or installed base gives up on you and goes elsewhere.

LI: How have these strategies worked out in your new role of growing HP’s cloud business in terms of having to make adjustments?

The same principles apply at HP, so HP has not had to make adjustments, nor have I. In some aspects, the circumstance is different. When we deliver a giant project to customers, it is much more than a single product or software or open source.

We deal in contracts, so there is less attention paid on whether a certain line item is open source or not. We sell the hardware. We sell the services. We sell other products. That changes the circumstances to some degree — but in other ways, it is the same as before. In some cases, it is an open source offering, and the customer has made the decision to go with open source.

LI: What are the biggest concerns you see affecting cloud technology and cloud usage today?

There are always risks and dangers involved in everything we do. We identify them, and we alleviate them. More importantly, our minds are focused on opportunities rather than problems. We look for wonderful new business opportunities, and we pursue them.

It is a highly attractive market. The world is expanding, and more than ever before the software needs to run on the clouds. The challenges of cloud technology have decreased. Some are still there — but we now know how to deal with them.