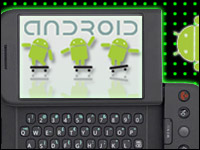 It was only Rubin’s second tweet, and followed his sneak-a-peek presentation of Android’s new Honeycomb tablet computer Monday night at the D: Dive Into Mobile conference.

“It either means that Android is the winner this holiday season, or that the mobile operating system market is growing faster than previously estimated,” said Tomi Rauste, president of Movial creative technologies.

If the 300,000 figure holds, it represents a long leap in a short six months. In June, after Google released the source code for Android 2.2, code-named “Froyo,” Rubin said the company was activating roughly 160,000 phones daily. In August, Google CEO Eric Schmidt upped the number to 200,000 daily Android activations.

Rubin’s Honeycomb tablet demo coincided with Google’s announcement of Android 2.3, aka “Gingerbread,” which includes several new platform technologies and application programming interfaces, or APIs, for eager developers. Lest readers become confused by all the food groups, Honeycomb is destined to be known as Android 3.0.

Given the hoopla surrounding Android, Rubin’s tweet might be taken at face value, as a logical progression of near-exponential growth.

Though the 300,000/daily figure “seems like a stretch,” to Michael Jude, telecommunications program director at Frost & Sullivan, Movial’s Rauste contended it’s in keeping with holiday shopping.

“This number is in line with our expectations, and the recent uptick in Android interest from global operators, device and CE manufacturers,” Rauste told LinuxInsider.

Frost & Sullivan, which tracks wireless subscriptions, documented about 23,000 subscriptions per day in North America through the end of the second quarter, Jude told LinuxInsider. That number translates into something far short of Rubin’s tweet.

“While we don’t track worldwide stats, if we assume that North America is about one-fourth of the overall market, at most there are about 100,000 new subscribers a day,” Jude said. “Even if all of those were smartphones — which is unlikely — it seems dubious that there would be 200,000 more subscribers a day that would be upgrading phones to an Android platform.”

Instead, Jude surmises the figure “may represent the number of phones being shipped from manufacturers, many of which end up in warehouses rather than in people’s pockets.”

Besides the holidays, however, a “major swap-out of feature phones with smartphones like iPhone, Android and ultimately, MeeGo,” strikes Movial’s Rauste as more support for Rubin’s tweet. “All boats will rise in the near term from a growth perspective and probably — with Gingerbread — Android will take share from iPhone.”

Price, too, will have an impact.

“There are just too many different Android devices to choose from, with some being under US$100 or less,” Rauste said. “Apple’s pricing will be sorely tested.”

If Rubin’s tweet is on target, it may mean trouble for mobile operating system competition.

“There is no doubt that Android is becoming more popular and is likely to become more dominant in the smartphone market,” Jude acknowledged. “This will likely continue as LTE is deployed, providing an IP pipe to an operating system that was designed, from the start, to accommodate such a connection.”

Whether Android’s accommodating nature can be traced to its open source technology is arguable, however.

“Having Android open source was initially a major factor for its early success,” Movial’s Rauste interjected. “It is not such a key factor at this point.”

Apple, for instance, acts as a gatekeeper, one of the principal complaints against its mobile applications. “I once did a dissertation that concluded regulation tends to discourage innovation,”Jude said. “This is a classic case.”

A classic case that apparently doesn’t include Nokia’s Symbian — once open source, now closed after that experiment flopped.

“Symbian was, and is, very device-specific,” Jude explained. “It was also designed for the late 2.5G and 3G markets. It is not optimized for a true data connection. This caused angst for developers, for whom Symbian was a hard environment.”

On Symbian, Rauste and Jude agreed.

“Symbian is a very complicated platform and requires very specific skills to work with,” Rauste said. “Android has been much easier. But being open source doesn’t mean that it is easy to start creating compelling devices.”

Google representatives did not respond to LinuxInsider’s questions. 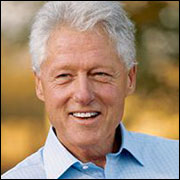 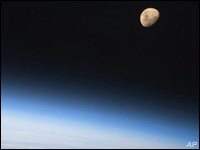