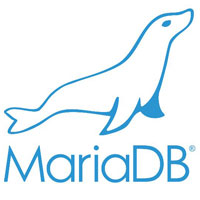 MariaDB TX offers a comprehensive package of technology and services, including feature-rich new releases of MariaDB Server and MariaDB MaxScale, which close the functional gap between open source and proprietary offerings. It is part of a MariaDB’s larger effort to offer complete solutions to support specific workload needs, whether transactional, analytical or developer-focused.

The TX 2.0 release meets business technology needs for increased agility, scalability and security. It provides developers with an open and extensible database solution that lets them develop many different types of applications easily.

“This ensures queries that would return too much data and impact database service/availability are blocked,” he told LinuxInsider.

“Server or open source alternatives, including MariaDB, Postgres and MySQL, all have their strong and weak points,” he told LinuxInsider, but MariaDB appears to be attracting more developers and growing more quickly than other open source DB projects.”

That success is due in part to the strength of MariaDB’s core features, as well as the company’s development of complementary enterprise solutions like MariaDB MaxScale and MariaDB ColumnStore, King added.

The JSON support and the addition of Data Masking and Result Set Limiting for enhanced security are the two essential improvements that make MariaDB TX 2.0 worth considering, according to the company. They encompass the broadest range of new and existing use cases.

JSON is the emerging standard for developers building Web, mobile and IoT applications. However, NoSQL databases built to support JSON are too functionally limited to support the majority of enterprise use cases, MariaDB said.

Relational databases tend to be too slow to provide complete JSON support, the company noted. MariaDB TX 2.0 adds a comprehensive set of 24 JSON functions to take advantage of the increased flexibility and speed JSON provides. It combines the reliability and security that comes with using a relational database.

The proliferation of ever-more-sophisticated cyberthreats demands ongoing investment in database security, but open source vendors have fallen short of delivering solutions that provide robust, enterprise-grade security, according to MariaDB.

The result set limiting feature prevents denial-of-service attacks. It specifies a maximum number or rows or data that can be returned in a query, prepared statement or stored procedure to prevent service interruptions.

Another developer-centered feature is the introduction of beta support for Facebook’s MyRocks technology. MyRocks is a transactional storage engine optimized for flash storage. Applications built on MariaDB TX 2.0 can utilize MyRocks for better compression, faster replication and data loading.

A gap has existed between the high-cost functionality of proprietary databases and the affordable, modern architectures of open source databases, said Roger Bodamer, chief product officer at MariaDB.

“MariaDB TX 2.0 eliminates this tradeoff by delivering an open source, extensible database that is built on top of decades of engineering investment. With its many new features, including support for MyRocks, JSON and data masking, MariaDB is now the most functionally rich open source database solution available,” he maintained.

MariaDB TX is a general-purpose database solution for transactional or operational workloads in the traditional sense. In other words, it processes many queries accessing a little bit of the data, noted MariaDB’s Johnson. Unlike NoSQL databases, it supports multi-statement transactions and full ACID guarantees.

“However, while it is a relational database, MariaDB supports JSON via SQL functions, and different storage engines support different data models,” he said. “For example, MariaDB AX, our data warehouse/analytical database, extends MariaDB TX with ColumnStore, a distributed columnar storage engine engineered for analytical workloads — fewer queries accessing a lot of the data.”

Users can deploy the database on bare-metal servers, virtual machines, containers, and public or private cloud infrastructure. It is available in AWS and Microsoft Azure, and is the most widely deployed database on OpenStack, he said, citing a recent survey.

MariaDB is well suited to cloud infrastructure, both in terms of technology and in pricing, according to Johnson. The enterprise subscription for MariaDB TX includes licensing and support.

It is priced per database instance or node, and is available with or without clustering support.

“I think the popularity of MariaDB comes from our commitment to both community members and enterprise customers. We believe in open source and in collaborating with the community, and together, we are able to innovate much faster than traditional vendors,” Johnson said.

In the first quarter of this year, OutboundEngine issued more than 600,000 social posts for its SMB customers.

“As our business continues to grow, MariaDB provides us with the high availability and scalability needed to manage an increasing amount of data,” said Darin Sleyster, senior database administrator at OutboundEngine. “We are excited about new features like Result Set Limiting and Dynamic Server Configuration that can help prevent production outages and keep our business running smoothly.”

The MariaDB project is an interesting example of what can happen when the “wrong” people take over an open source project, said PundIT’s King. In this case, Oracle’s 2010 acquisition of Sun Microsoft put MySQL (along with Sun’s other SW assets) into the pocket of the world’s biggest commercial DB vendor.

“That caused more than a little strife among MySQL developers and supporters, many of whom began considering alternatives. That included the founders of MySQL, who eventually launched MariaDB,” he said.

The company leveraged its deep experience in database technologies and open source community-building. The result has been considerable success in attracting supporters, noted King. Among them are the European Investment Bank, which earlier this month announced 25million euros in funding for MariaDB.