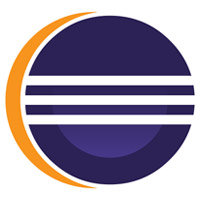 Microsoft on Tuesday announced it was joining theEclipse Foundation as a solutions member.

Membership will enable the company to collaborate more closely with the Eclipse community, which has more than 240 members.

It also provides an outlet for delivering tools and services for all development teams. Microsoft will be able to improve its cloud services, SDKs and tools, according to Shanku Niyogi, general manager of the Visual Studio team.

“It is clear that Microsoft is a changed company and is now willing to engage developers in their existing communities,” said Mike Milinkovich, executive director of the Eclipse Foundation.

“I do not see any immediate change at Eclipse or the open source community as a whole resulting from this,” he told LinuxInsider.

Microsoft already delivers a number of Eclipse-based tools, including the Azure Toolkit for Eclipse and Java SDK for Azure, which enables Eclipse users to build cloud applications.

The free Team Explorer Everywhere plug-in, which the company open sourced for Eclipse on GitHub, gives developers access to the full suite of source control, team services and DevOps capabilities of Visual Studio Team Services from within their IDE, according to Niyogi. The Eclipse Marketplace will continue to maintain and share these products.

It will contribute an Azure IoT Hub Connector to Kura, a Java/OSGi-based framework for Internet of Things gateways. The hub will allow users to connect gateways running Kura to Azure IoT Suite, according to Niyogi.

It never hurts to have a company of Microsoft’s size and skills engaging with a community like Eclipse, the foundation’s Milinkovich said.

Microsoft is engaging with Eclipse in three main areas, he noted.

It is providing Eclipse plug-ins targeting services such as Visual Studio Team Services and Azure. The company will make those plug-ins available to developers using the Eclipse IDE via Eclipse’s Marketplace Client.

It’s investigating ways that its Internet of Things infrastructure can integrate with the Eclipse IoT project community, which has more than 20 projects, including protocol implementations, device gateway frameworks, home and factory automation solutions.

“Their support for the new Eclipse Che Web IDE is an important endorsement of our next-generation tooling platform. We look forward to seeing them collaborate with our community and hope to see many contributions from them,” said Milinkovich.

Windows developers have been able to access SQL Server features from within Visual Studio for years, and Microsoft recently made SQL Serveravailable on Linux.

“Since Eclipse is so popular among Linux developers, it makes sense Microsoft would make it easy to access SQL Server from within Eclipse as well. As Microsoft ports more applications to Linux, I expect we will see more innovation coming to Eclipse through Microsoft. This is good news for the Eclipse developer community and the open source community in general,” Nielsen told LinuxInsider.

Joining the Eclipse Foundation marks a significant turnaround in Microsoft’s attitude and strategy regarding open source, according to Charles King, principal analyst at Pund-IT. Former CEO Steve Ballmer called Linux a cancer, and Linux code was pilfered from Windows.

“While Microsoft initiated an open source program managed by Sam Ramji — now CEO of Cloud Foundry — the company’s approach tended to be less flexible than many of its peers. This newest move under CEO Satya Nadella marks a turning point but also reflects considerable changes in the industry,” he told LinuxInsider.

A decade or two ago, customers were locked into proprietary platforms. Today, lightweight cloud and mobile services are the major thrust in the industry, and that makes engaging with open source developers and communities a key to success.

“Those are issues that Nadella understands fully,” King added. “Having a vendor of Microsoft’s heft sign on as a supporter is a great vote of confidence for Eclipse, but I expect the company will become engaged in other open source efforts and projects, too, which should be great for those communities.”