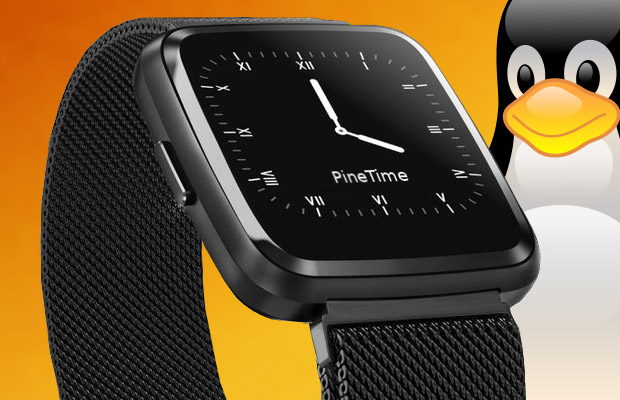 While open source enthusiasts still await the year of the Linux desktop, hardware developer Pine64 is advancing the cause of a US$25 Linux-powered smartwatch, dubbed “PineTime.”

The Pine64 community has invited FreeRTOS or ArmMbed developers with an interest in smartwatches to join in its efforts to bring the product to market.

Pine64, founded in October 2015, is based in California. The company makes inexpensive Linux-based single board ARM computers that cost $15 to $20. It also makes an $89 Linux laptop called “Pinebook,” which runs on the Pine A64 board. A few Linux distributions, including KDE Neon, run on Pine A64.

The company plans to release the PineTab, a 10-inch Linux tablet with a detachable keyboard, priced at $79, before year’s end.

The company will begin shipping its 14+ Pinebook Pro Laptop, which will sell for $199.99, next month. It is now taking preorders on its website.

The PineTime project originated with user requests from the Pine64 community, according to Thye Liang Lim, Pine64’s community founder. Users pointed out during a customer survey that all the smartwatches in the consumer market pair only with Android or iOS. They wanted a smartwatch that would pair with Linux mobile gear.

“This prompted the PineTime watch idea. Whether this watch is suitable for consumers is still too early to judge,” Lim told LinuxInsider.

Pine64 plans to offer the PineTime smartwatch initially as a companion device to its Pinebook Pro laptop.

The laptop will deliver a choice of Linux or BSD performance as an alternative to mid-ranged Chromebooks that people convert into Linux laptops. The PineTime smartwatch also be compatible as a companion to other smartphones, primarily the company’s soon-to-be-released $150 Linux smartphone, the PinePhone.

Product descriptions suggest that the Pinebook Pro laptop will be more powerful than most mid-ranged Chromebooks. The specs for the Pinebook Pro lists the laptop as including an IPS 1080p 14-inch LCD panel, a premium magnesium alloy shell, a choice of 64 GB or 128 GB of eMMC storage, and a 10,000 mAh capacity battery.

The Pinebook Pro offers the modularity and hackability that only an open source project can deliver, according to the developers. This includes the unpopulated PCIe m.2 NVMe slot, which is an optional feature requiring an optional adapter.

The USB-C port on the Pinebook Pro can transmit data and charge the unit. It also is capable of digital video output up to 4K at 60hz.

Little is known about the smartwatch beyond the Twitter announcement. Some details describe the watch’s construction as being made of zinc alloy and plastic.

It is expected to come with a charging dock, a 20mm wristband, and a heart rate monitor. The smartwatch should run for several days before requiring a recharge.

Pine64 expects to have development kits available within the next few months. The company has posted photos of its prototype on the website.

Pine64 plans to post more details about the smartwatch next month.

“Regarding the features, this is up to open source developers’ imaginations,” Lim said.

The smartwatch probably will not fare well with consumers, said Rob Enderle, principal analyst at the Enderle Group. He described the project as old school — the way things were before DOS.

“The product is targeted at true tech geeks, folks that love to program and are good with doing a lot of their own technical work. Figure the audience is software developers or those learning to be software developers. It isn’t really a consumer offering,” he told LinuxInsider.

Enderle does not see its performance comparing favorably to Raspberry Pi technology.

“Raspberry Pi is a building block product in both hardware and software. The hardware here appears to be cooked,” he said, referring to the PineTime prototype.

Pine64’s entire product line appears to target developers, Enderle observed. Since developers buy products, this product line kind of represents that its users are among the elite few who would know how to use them.

“Think of them like you would a class ring or a secret handshake. Having one means you are part of a group with a very specific skill set,” he said.

That does not reflect poorly on the products, however. This approach might be very successful for the company.

The developers really get to know their customers. In turn, those customers know the developers are focused on them. So using the products means they belong to the group, Enderle noted.

“It is a skill-based status symbol which, I personally think, is more meaningful than just an expensive product that others can’t afford,” he said. It speaks to what you can do — not how foolish you are with your money.

Potential buyers should not be lulled into complacency by the bargain price where their privacy is concerned. It is always great to see the cost of certain technologies or devices be lowered, according to Donata Kalnenaite, president of Termageddon.

“It is important to note that smartwatches can gather vast troves of data. Smartwatches can track your location, how many steps you took on a particular day, when you sleep and how you sleep, heart rate, fertility, and other extremely sensitive information,” she told LinuxInsider.

As smartwatches become cheaper and attract more users, more and more data will be collected. It’s important that the makers of these watches consider the safety and security implications of their products, Kalnenaite said, as well as their cost and usefulness.