The Open Source Squad at the GSA 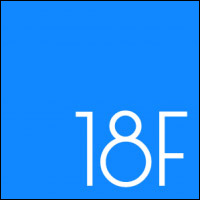 A team of open source evangelists is working within the General Services Administration as part of a federal initiative for more transparent government use of technology.

18F, a development unit within the GSA, was established a year ago to tap into the success of the United Kingdom’s Government Digital Services unit by pursuing a similar strategy.

The unit is tasked with getting developers from Silicon Valley and the ranks of civic developers all over the country to change how federal technology gets done. The hub of this push for open source consolidation for government agencies is 18F’s GitHub account.

This open source team, however, is only focused on establishing an open source model for software projects developed within federal agencies. It has a hands-off attitude toward integrating free and open source software as a replacement for proprietary licensed commercial software.

“There is no focus yet on integrating front-end open source products to replace proprietary software in government agencies…we are really more about custom software development in the open,” Greg Godbout, executive director of the General Services Administration’s 18F, told LinuxInsider.

18F opened its doors last March. The relatively small unit began operations as a transition team of eight members. The group banded together after an initial fellowship program ended.

The idea to start an open source centered movement within the GSA grew out of the Presidential Innovation Fellowship program. The concept involved bringing highly-skilled technologists into the government, according to Hillary Hartley, deputy executive director of the General Services Administration’s 18F.

The idea grew into a plan to get the same folks who participated in the temporary open source program to permanently join the government. At the end of 2013, a number of fellows who had been together found a way to get funding so they could continue working the program after their six-month fellowships ended.

“Eight of us in December [2013] stayed on in the GSA as an in-house consultancy team for the rest of the government. The program has grown from there,” Hartley told LinuxInsider.

At the beginning of last year, the 18F consultants recognized that they needed to focus on hiring and the process of deploying websites. With open source concepts in mind, they focused on how to hire efficiently and how to work effectively with the rest of the GSA.

“Then we focused on the infrastructure and how much time the government takes to get websites deployed. That was the focus when our group first started one year ago,” Hartley said.

That planning phase took nearly nine months. In March of last year 18F announced that it was open for business as an open source team. What made this unit unlike others within the GSA is it was open and transparent by default, she said.

Despite its initial mission of modernizing website deployments within the federal government, 18F had little or nothing to do with the rollout or the repair of HealthCare.gov — the Affordable Care Act website. Instead, it tried to bring open source clarity to other government websites.

“We did not work on the healthcare website. But some people related to the PIF program went in to help out. Rather, we worked on digital services. These are mostly internal-facing websites that employees use to get things done,” said Godbout.

Those involved workflow applications on the backend that increase efficiencies or improve certain processes. 18F also worked on websites on the front end.

18F is not interested in replacing proprietary software throughout the federal government with open source alternatives. Instead, the new unit zeroes in on the process of developing its own open source software.

“We wanted to see what the norms and standards are for developing software. We looked at other government agencies and what they had done with software,” Raphael Majma, innovation specialist of the General Services Administration’s 18F, told LinuxInsider.

18F is becoming a clearinghouse for spreading access to in-house created open source projects. The unit stores all of its code in a government repository.

“We code in the open. We design in the open so all of our mockups are available for review. A lot of our projects are placed on Github,” said Majma.

“The UK’s GDS agency very much inspired the way we work. We are set up differently. We operate differently. But we are all kindred spirits in that we all work open source in terms of user-centered design,” Godbout said.

The GSA is the largest service provider for the U.S. government, and 18F is at the GSA. The unit follows a cost-reimbursable model.

This means that other agencies within the federal government pay 18F for its services. The unit typically works through the Economy Act, so it can only charge for actual expenses spent, he said.

18F does not push for deployment of more standard open source office products for government use. But it does lobby for best practice standards rooted in open source, according to Hartley.

“We lean on the open source community. We have an active Twitter following of programmers. We do not specifically affiliate with open source organizations. We definitely take some inspiration from the Apache Foundation,” she said.

Spearheading an influential government-based open source community may not be a far-fetched plan for her group.

“We have discussed the potential for having an organization like the Apache Foundation specifically for the federal government. This would create a huge community of programmers to rally around for the benefit of the American people,” said Harley.

18F developed a dashboard that lists all of its projects with a brief description. The progress of each is labeled with a tag indicating one of four development stages. This system mimics what occurs in many open source software developmental cycles.

The 18F GitHub site is at least one of two separate attempts by unconnected federal entities to spread the word about open source for government use. Govcode.org is another such effort.

No system-wide set of standards exists for software selection. Each agency does its own due diligence, according to Govcode.org creator/maintainer Diego Lapiduz, who works in the Consumer Financial Protection Bureau.

For nearly four years, Lapiduz has been spreading the word among his federal coworkers about his repository of government-focused open source products. Many people in the government are aware of it now and use it, he said.

“When I first started working for the government, I noticed that people were doing tasks on different software and were not aware of tools available in open source. I started Govcode to communicate with them about open source,” Lapiduz told LinuxInsider in an article about the government’s hit-or-miss efforts at using open source software.

LinuxInsider asked 18F’s executive director about his group’s intent to push for cross-agency adoption of open source products. His response confirmed early statements about the government not having any system-wide plan.

“We do not get involved with licensing or packaged software. We are not dictating what sort of word processing program should be used,” Godbout said.

Those kinds of decisions are going to be made by each government agency’s own IT managers, as to what types of systems and software they use, he said. But he recognized the eventual use of such a plan.

“I think there is a clear trend developing that shows an increasing openness in the federal government towards open source. That trend is not growing in a gradual way. I think it is a very steep incline up [to] being open to all sorts of open source solutions,” said Godbout.