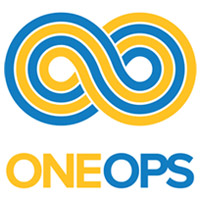 Walmart on Tuesday announced that it has posted the code for itsOneOps cloud application life cycle management platform on GitHub.

The company developed the OneOps platform for building and launching cloud-based applications across varied storage environments that change frequently. It lets e-commerce vendors deploy apps on platforms from Microsoft Azure, Rackspace and CenturyLink public clouds to private or hybrid environments built with OpenStack.

One of its chief features is letting organizations switch between providers to take advantage of changes in pricing, features and scalability, Walmart said. Developers can more easily build and deploy cloud apps as a vendor-agnostic technology.

Open sourcing OneOps could be a gift that keeps on giving for Walmart. If OneOps develops a significant user and contributor base, the company can shed at least part of its reputation as an old-school retail colossus, according to Charles King, principal analyst at Pund-IT.

“This latest move is the result of an IT modernization effort that the company began in 2011. Yet it hasn’t received much credit for being forward thinking,” he told LinuxInsider.

“Success should polish Walmart’s reputation, which could deflect some of the recent challenges and criticism the company has suffered. It wouldn’t hurt for the company to be seen as a vanguard of retail innovation,” King added.

It enables developers to code their products in a hybrid, multicloud environment, giving them the ability to test and switch between cloud providers, according to the company.

Couchbase has integrated its NoSQL technology into the OneOps platform. OneOps also supports Node.js, ElasticSearch, Docker and others.

One benefit is the ability to automatically manage the application when unforeseen changes occur in the cloud, scaling or repairing it as needed, Walmart said. Software engineers can quickly spin up virtual machines and begin coding without having to spend hours specifying the intricacies of a specific cloud environment, as OneOps models that for them.

Walmart purchased the initial OneOps platform in 2013 from a startup company founded two years earlier. That purchase fueled the conversion of its own e-commerce software from a cumbersome monolithic application into a global e-commerce platform.

Since then, Walmart has grown the platform on which its 3,000 engineers build and manage new products. Walmart manages its e-commerce sites with OneOps. Its engineers use the platform to commit more than 30,000 changes per month, it said.

Other features include monitoring tools, self-fixing capabilities and auto-scaling tools to manage the size of a given cluster. For admins, the platform offers integration with enterprise identity services, quota management and a configuration management system.

It’s compatible with all the major public cloud services, including Amazon Web Services, so broad use of the platform could lead to additional business for Amazon. However, freely giving OneOps to other businesses may have an impact, he noted.

“Walmart is providing them powerful options that lie well beyond Amazon’s sphere of influence. Some may consider that to be a thumb in Amazon’s eye, but I think it’s a bit subtler than that,” said King.

Open sourcing its cloud management platform is not an attempt to compete with Amazon, according to Walmart. It’s merely a way to extend the usefulness of OneOps.

“We have no interest in competing with cloud providers or becoming one. Our focus has always been on the millions of customers who shop Walmart globally each week,” Walmart spokesperson Bao Nguyen said.

What it gains is more powerful technology and new ways for OneOps to adapt to existing and new technology, he told LinuxInsider.

Couchbase developers were among the first to voice support for the Walmart announcement this week. Couchbase is a distributed NoSQL database engineered for performance, scalability and availability offered via OneOps as a NoSQL database option.

Walmart is the model of a company smartly adapting to the digital economy, according to Ravi Mayuram, senior vice president of products and engineering at Couchbase.

It built its retail leadership on brick and mortar but became a technology and e-commerce innovator, “establishing itself as an influential Silicon Valley leader,” he told LinuxInsider.

Walmart’s move will help further the adoption of Couchbase database technology. It is one of the primary databases used with OneOps, Mayuram said.

“This will go a long way to making OneOps a world-class operation,” he added.

Walmart should gain cost savings for development and faster time to production. If competing with Amazon is has any part in the picture, it will be through cost savings, according to Rob Enderle, principal analyst at the Enderle Group.

“This is new to them, so there will likely be a learning curve, and this curve may have them run into problems like security risk they are not yet equipped to handle,” he told LinuxInsider.

The benefits are the same that any active open source participant gains: capturing improvements to the platform that are developed by the larger community and enhancing the momentum and longer-term health and vitality of their OneOps investment, noted King.

“The risks seem relatively minimal as the company’s investments in OneOps have already paid back considerably,” he concluded.